It’s so nice to be beside the heresy side
Killer Queens
Once I wanted To be
Links
The Bad Guy
Numbers
Byyyyeeee!!! 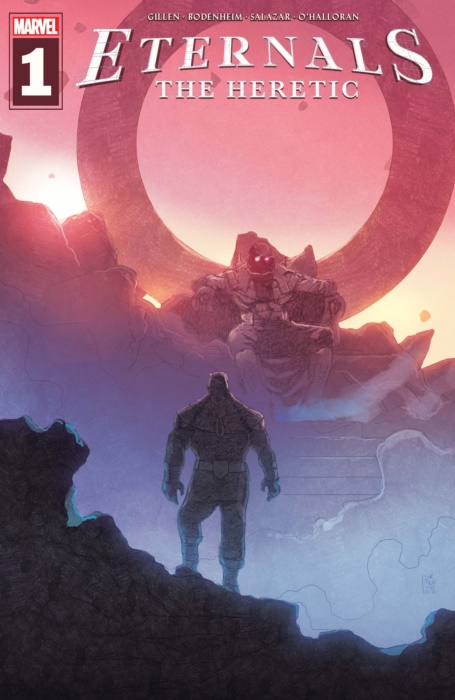 It’s difficult to talk about, for the tragic events in its production. I wrote about Ryan Bodenheim’s passing here, but it’s difficult for me to read the issue without that awful perspective. It’s a bleak book, and seeing Ryan’s last page in context is especially hard. His work is so good here, and so exactly what I was hoping for. His work on actualising Uranos was incredible – the broken angel that emerged from the design sheets really is everything.

We dedicate the issue to him.

The remainder of the issue was finished by Edgar Salazar, who I became aware of with Torunn on Sisters of Battle, and does excellent work in difficult context. Chris O’Halloran manages to give it a palette which manages to hit the austerity of the story while still carrying a poetry of it, while Clayton and I dance in a way which feels more cold than usual.

It properly re-introduces Uranos, who’s only ever appeared in a handful of comic pages, and we give him a complete reinvention. I’ve described him as basically a collision between Morgoth and Logan Roy. Here’s a few of Ryan’s pages from AIPT’s preview, where we introduce him… 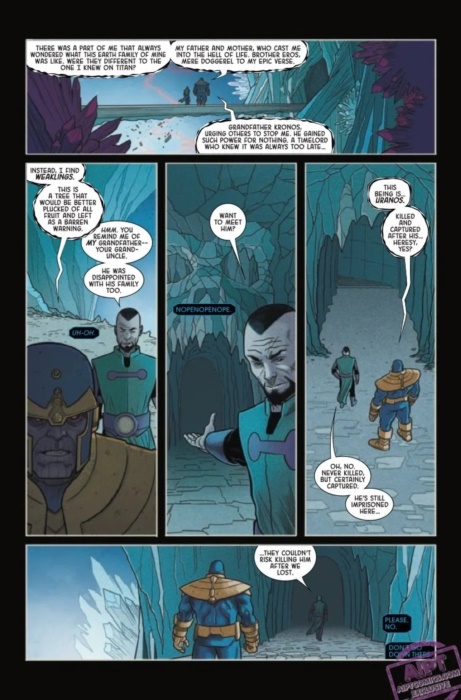 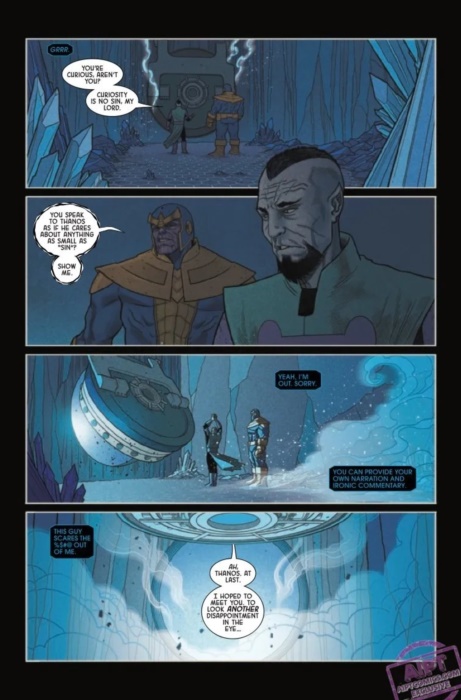 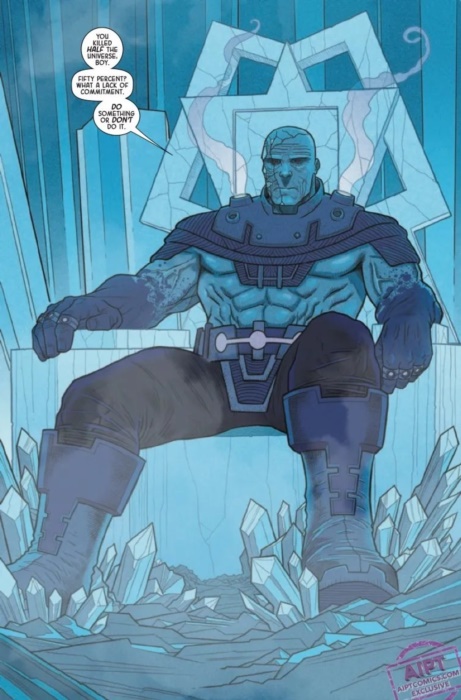 It’s available from all comic shops. 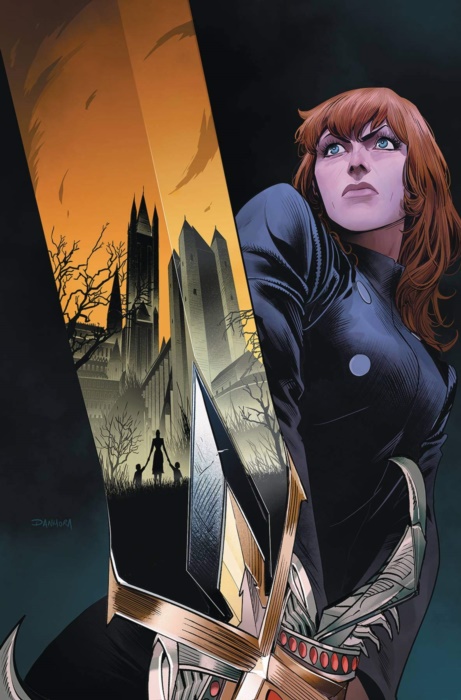 While it won’t be in book shops for a while, the fourth volume of Once & Future drops in comic shops this week.

ONCE & FUTURE: MONARCHIES IN THE UK follows on from the huge status quo change at the end of the last volume. I originally envisaged this arc as a little like a fantasy Walking Dead, and while there’s some notes in that, it very much turns the volume up on the Survival Horror aspects into something more epic. It’s also an arc which is a little different from the first three – each of those were their own movement. In some ways, this volume and the next are one big story, which gives it a different kind of cadence.

Hope you enjoy it. It really is an exercise at seeing what new bizarreness I can get Dan and Tamra to on a month by month basis. 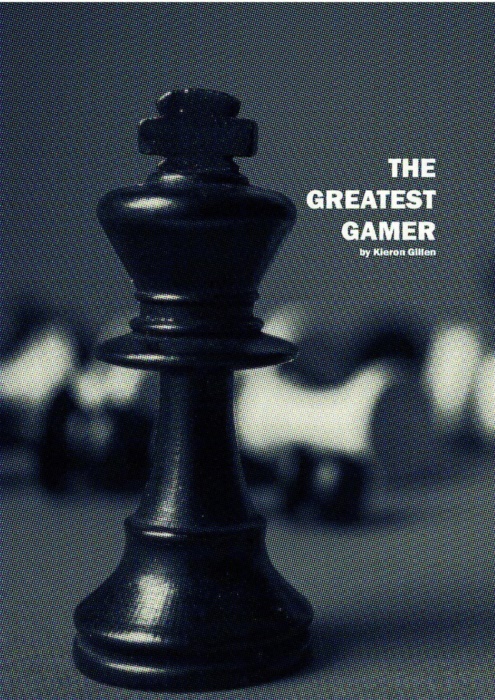 I met with my friends Dan and Saxey for lunch. We’ve all been deep hermit during the covid years, and are just starting to think about maybe socialising in person again. Instead of online games, maybe we’ll do one in the flesh.

“Come over and play an RPG,” I say, “Or a boardgame. Or both. Perhaps simultaneously.”

We laugh at the joke, chew it over and then I decide to write it up.

The Greatest Gamer turns any boardgame into an RPG and collaborate to give one player the thrill of being indisputably the greatest gamer the world has ever seen.

You can download it from Itch.io. It’s got a suggested price of $1, but do feel to just download it. I want to put a price on my indie rpgs, just because I believe doing otherwise would devalue other designers’ work (I went with a dollar as I haven’t playtested this one, just wanting to get it into the world).

I’m deciding what to do with the money I got from this and amble. My initial thought was to spend it on other games on itch, but I realise it wouldn’t actually lead to any more money going to indie designers. It just means it wouldn’t be my money. Instead, my plan is whenever I make a larger release on Itch, I’ll take whatever money that has accumulated and use it to commission an artist to illustrate it. That seems to be useful.

(There’s a few half written things I want to polish up, most likely the project with the codename WHERE DO ALIEN BABIES COME FROM?)

Anyway – The Greatest Gamer. Folks seem to like it, and I think it’s useful even as a thought experiment. Being me, its Designer Notes are longer than the game itself, so if you want more of my nonsense, you know where to find it. I’m not allowed to be a critic about other people’s art any more, so I guess I have to be a critic about my own. 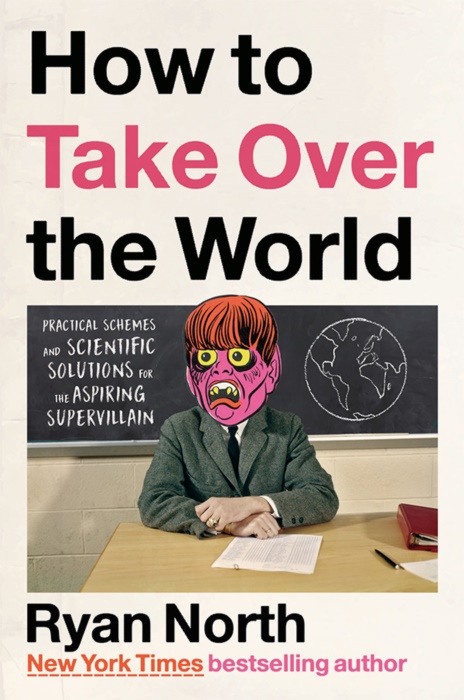 Ryan North’s latest book is out today. I’ve got my copy, and look forward to diving into it. His last – How To Invent Everything - absolutely delighted me, and led to a good chunk of my random-pub-facts. I can’t stop thinking about the one about why Germans collected pee for a century for absolutely no reason. I’m looking forward to seeing what high calibre brain-stuff he’s unleashed now. Ryan’s work is always very smart, very funny and very very. I am oft envious, but charmed.

Here’s the site of the book, which includes stuff, and also things. and it’s out now.

We showed some DIE RPG art from Stephanie last week. It’s not just the visual side we’re prepping for the launch of the crowdfunder, but the whole manuscript. I believe a draft is about to go over to the editor, which is exciting, and there’s some Safety-tool consultancy work we’ve just commissioned.

We’re still paying close attention to some core sections of the game, and tweaking. For example, last week I lobbed the present version of the Core Mechanic online. 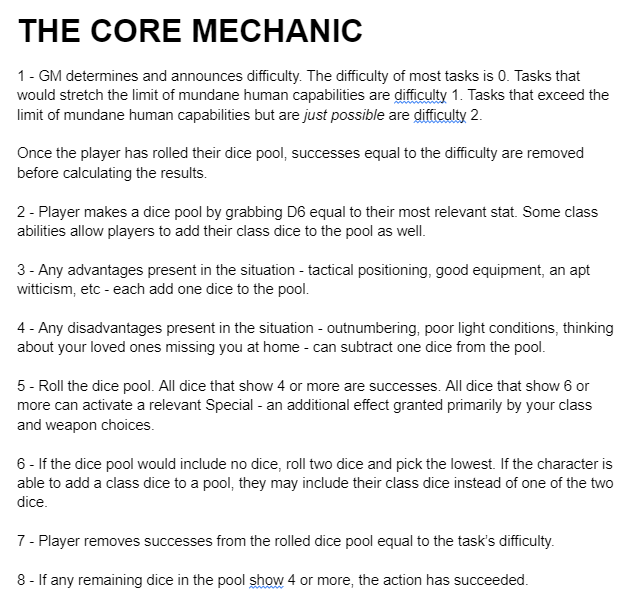 Working with Grant, we went through various passes on this to end in this state. My original rule involved something called The Bad Dice which had an excellent name but in practise was a mathematical fudge that was easy to forget and rarely used in play. We tried a few mechanism, but they left me unsatisfied – in the end, we ended up with just accepting that Advantages and Disadvantages add and remove dice from the pool, and added something to deal with what happens when a pool of zero was rolled.

This led to even more eyes on it, and we iterated again to… 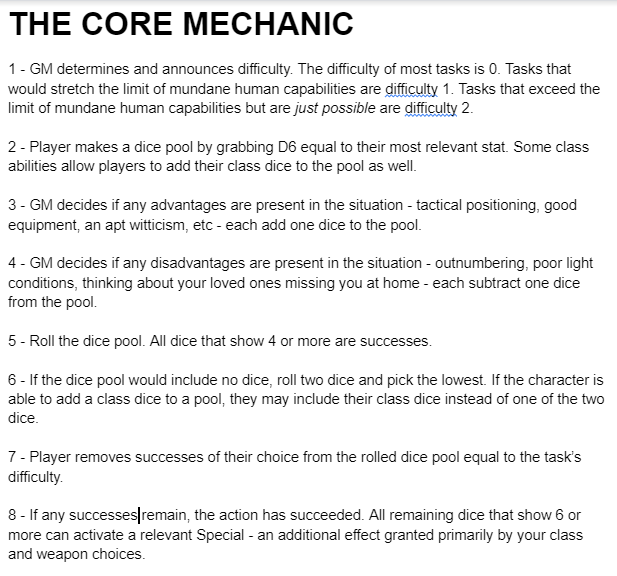 You’ll see the fine detail. Removing repeats, cleaning up language, etc. There’s likely some more changes in there too – the positioning of Step 6 is a bit of a problem, but that it’s an edge case means I don’t particularly want to stress it too much. In the system, “Zero dice” is rare, as it’s much easier to get advantages rather than disadvantages on a pool. Ornateness which you don’t need is something I want to prune.

For example, in my draft-before-the-one-at-the-top-of-this-bit, I had a rule that if you went into minus-dice, you rolled increasing number of dice and picked the worse. In practise, that almost never happens, and if you’re rolling 2 dice and selecting the worst, you’re already in a place that’s unlikely to work out for you, so making it even worse for you is adding more rules for very little gain.

I think it now focuses most effectively on what’s useful about the system. I wanted to do it with a minimum of math, and it’s based on pattern recognition and object manipulation. Add and remove dice. Recognise number of 4+s. Even the stranger choices in how we explain it are about making it work better in play – while the core mechanic is having a single 4+ to succeed, the game rapidly becomes about a success economy. For example, each success remaining is a hit. While “if you hit a target” difficulty works for just hitting the target, this is much better when knowing the number of successes counts. And, of course, hunting for the 6+ to activate other stuff which…

Okay, this is real game design stuff, and deeply uninteresting for most folk. The core mechanic is functional rather than juicy. My goals with the core mechanic was to be robust and get out of the way, to allow intricacy and special cases everywhere else – each of the classes essentially are their own special cases, built on top of that core.

But I’ll save talking about that down the line. I’ve promised Grant to write a few essays talking about each class for the campaign, so you’ll hear it all then.

I just finished my first draft of Immortal X-men 5 before writing this (tuesday) and will hopefully have mostly polished it up by the time you read this (He failed - Ed). I’m sort of back to work, but in practise, it’s not quite that yet… though I’m also aware I am looking for a new normal. Only writing this paragraph do I remember the “normal” remembering is the gallop towards the arrival of Iris. That pace is not what I want to return to, ideally ever. I have to learn to edit and learn when I can stop.

Hmm. That sentence reads like a message from my subconscious, so I’ll listen.

One last thing to meditate upon: yesterday, I had a choice of which one task to fit into a moment of free time. Should I put my dried washing away or should I change the cat’s litter trays? I chose the latter, and returns to find that the cats had used my dried washing as a little tray. I’m not sure what it means, but it sounds like a missing verse in an Alanis Morrisette song.

You just read issue #213 of Kieron Gillen's Wordmail. You can also browse the full archives of this newsletter.