211: wears its heart on its apocalyptic sleeve 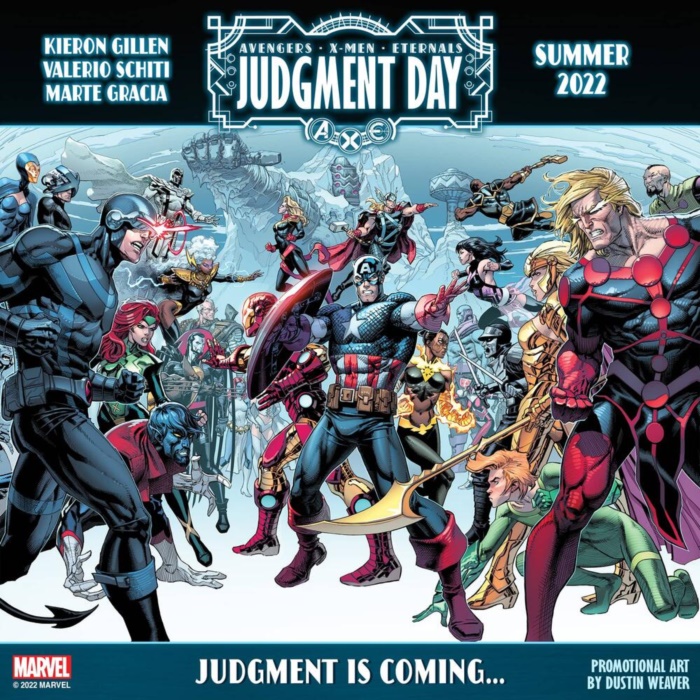 So, Marvel announced that mini I mentioned I was working on. Yeah, I was dramatically understating it. The mini is huge.

AXE: Judgement Day is the Marvel Summer event, where Valerio Schiti, Marte Gracia and myself generally avail to entertain you. The preview image above is by Dustin Weaver, who’s drawing the introduction story in this year’s Marvel Free Comic Book Day. You want a taste of Valerio, scroll down.

Marvel PR asked me for a quote for the announcement. I gave them this.

“There’s a classic metaphor to describe the Marvel Universe - a toybox, which creators take toys out of, play with and put back. I get it, but it’s never quite how I’ve seen it - I think ‘play’ in another way. I think of a music shop, with all these instruments with their different qualities suggesting different songs, different stories,” Gillen explained. “For all the Marvel instruments I’ve played, I’ve never written an event. Writing an event is something different. It’s not like playing an instrument. It’s having all the instruments in the Marvel music shop. That’s not like writing a song. That’s like writing a symphony.”

“I looked at everything in Eternals and Immortal X-Men and everything else all the X and Avengers writers have done and thought… yeah, this is an event. In fact, an event is the only way to do justice to this. The Beach Boys’ Brian Wilson described the music he was reaching for as Teenage Symphonies to God. I think that’s what the best Marvel Events aspire to be, and it’s what we’re aspiring to here. I want the scale. I want the heartbreak . I want a book that wears its heart on its sleeve even as it puts a fist in your face. I want something Wagnerian in its volume as emotional as God Only Knows.”

In fact, I gave them a bunch more equally arm waving stuff, as I’m trying to train Marvel PR into dreading asking me for a quote. I am beyond good and evil, but not self-parody.

Lots more to come on this, so I’ll keep this first introduction short. As I’ve never written an Event before, but I’ve certainly got opinions on such things. As I say above, I like events which emerge from the stories the books were already doing. As I don’t say above, I also like events which provides additive material and inspiration which is useful to anyone who chooses to tie in. I also like Events which are big, brash and emotional, and in this case, drawn with a startling glamour and incandescence by Valerio Schitti. I like this event and I think you’ll like it too.

Here’s Valerio’s cover of the Free Comic Book Day issue, where we start to kick things off]… 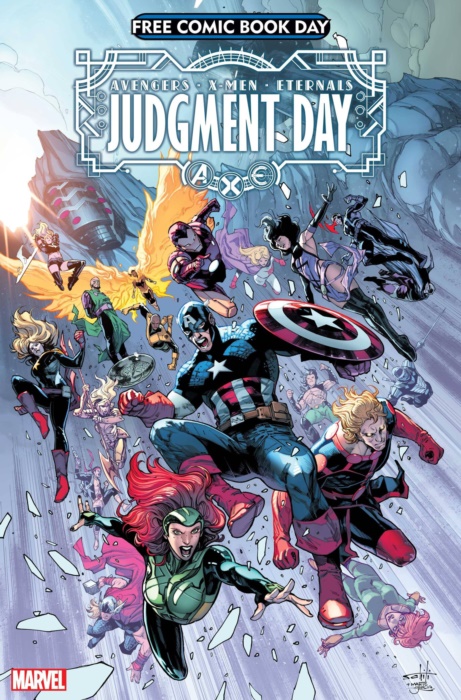 The FCBD issue is out May 7th. Judgment Day follows later in Summer. Here’s my working playlist. 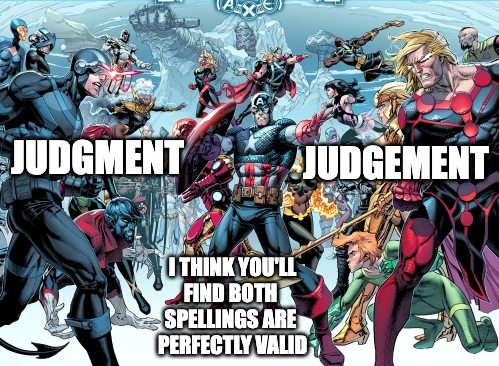 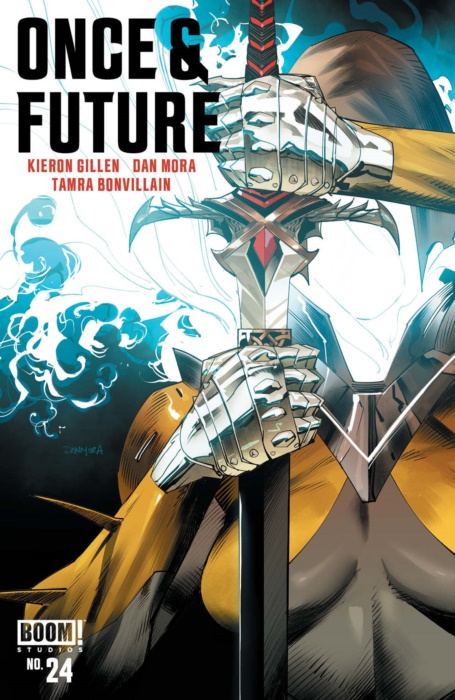 Once & Future 24 is out released, completing our forth arc, MONARCHIES IN THE UK. It’s a little bit of an usual arc end for O&F. There’s some of our structural touchtones, but it’s more of a break in the story than the end of something. When I originally thought up the fourth and fifth arcs, I had them with a shared title and a Part 1 and Part 2, but then Monarchies In The UK occurred to me, and I saved the title for the fifth part. It really is one big 12 issue story.

Still – despite all of those caveats, it’s still a climax, circling around that battle between the Arthurs and the reveal of what Bridgette has been trying to do these last few issues. And another great new design from Dan and Tamra.

We’ll have a break for a few months now, and will be back for the fifth arc.

Here’s a page of the preview… 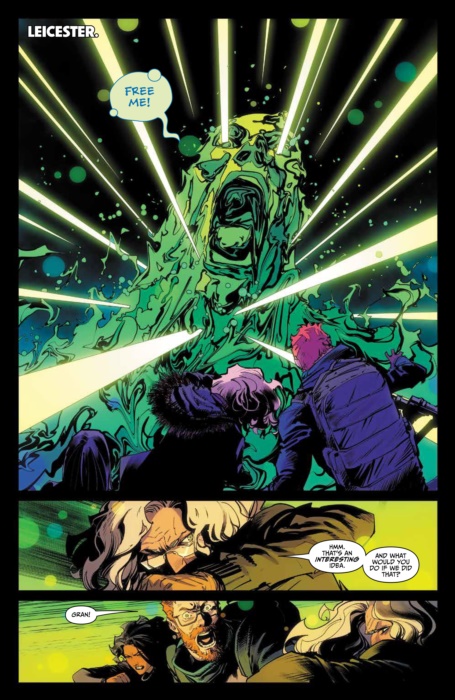 …and you can read the rest here 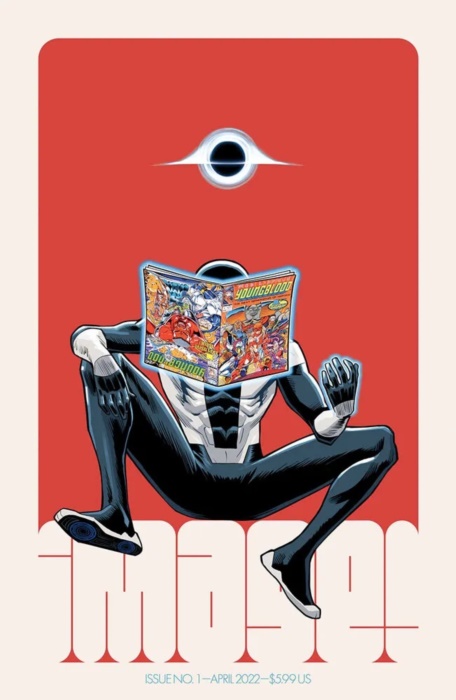 It’s Image’s 30th anniversary in April, and to celebrate they’re doing a monthly anthology called IMAGE! with a bunch of Image luminaries doing strips. You can read the press release here.

I’m on the list, though my story isn’t in the first issue. The first part is what I wrote to mail to the artist on New Year. I’ll save mentioning who that is a proper announcement, but it’s someone whose work I’ve loved for years and have never worked with before. The story is three eight-page pieces, so will be across three issues, and is born of trying to imagine an alternate dimension where I carried on digging the terrain and approach Jamie and I were doing on The Singles Club rather than going to work at Marvel. It’s quirky but pop, and wears its heart on its apocalyptic sleeve.

More more on that down the line.

The Full Marvel April solicits are up which as well as having Eternals 11 as mentioned last time, also include.... 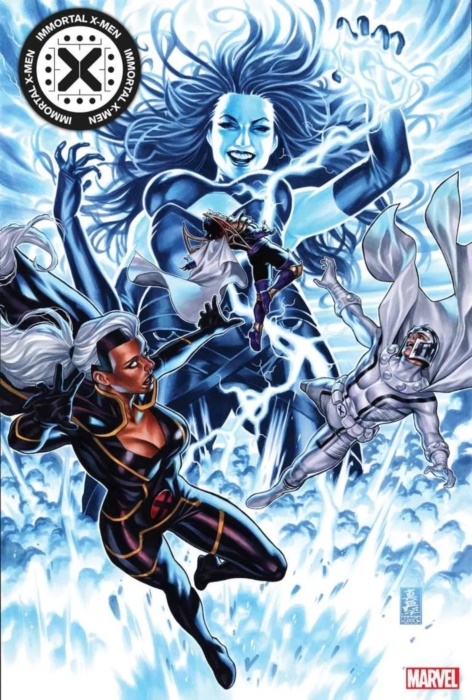 Magneto leaving the council means big shoes need to be filled. Selene demonstrating her foot size by crushing the whole island beneath it is unorthodox, yet compelling. Can the Quiet Council resist?
32 PGS./Rated T+ …$3.99

A look at twitter has revealed that somehow people are sexualising our enormous lightly-clad woman stepping on people. I’m shocked, shocked I say.

Christian Ward and Patric Reynolds lobbed me their new Image book, and I gave ‘em a quote. 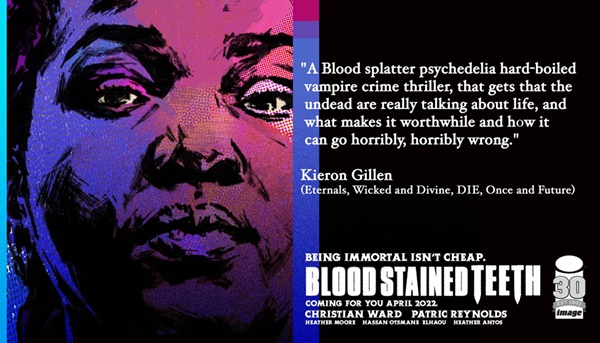 What’s it about? Well, here’s a one page comic teaser… 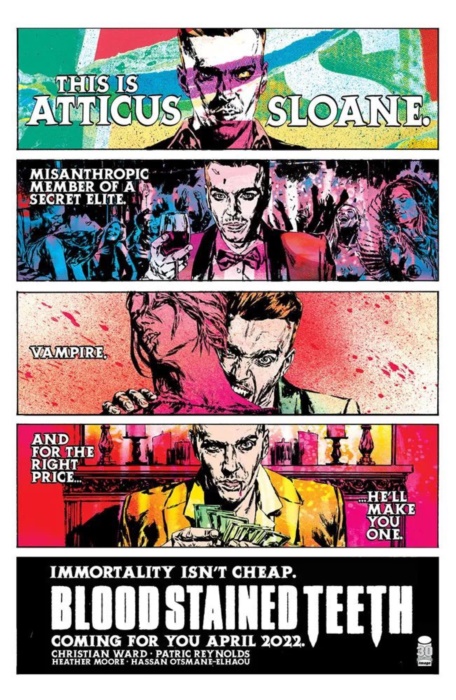 I love this sort of thing, and I wish more people did them. Doing a comic to explain your comic is a great way to show that you both know what your comic is and the fact that you can actually do comics.

A larger gap than usual between this and last newsletter. This will likely continue for a while. Newsletters have been tied to “is there a comic out today for you to buy?” and now they won’t be. Equally, I’m sorry, but you should be warned not to expect a speedy (or possibly any) response to all but the most essential e-mails. Don’t worry. It’s good news.

C gave birth in late January to a lovely human called Iris. I’ve been on paternity leave ever since. Much of the crunch of the last few months was to ensure that I had as much time as was feasibly possible. As I’m writing this it shows that I haven’t entirely stopped work but I’ve signed off as much as I’ve been able to, to be as present as I can be.

Iris is amazing. It’s been a journey to be here, and we’re very happy. And tired, but mainly happy.

You just read issue #211 of Kieron Gillen's Wordmail. You can also browse the full archives of this newsletter.