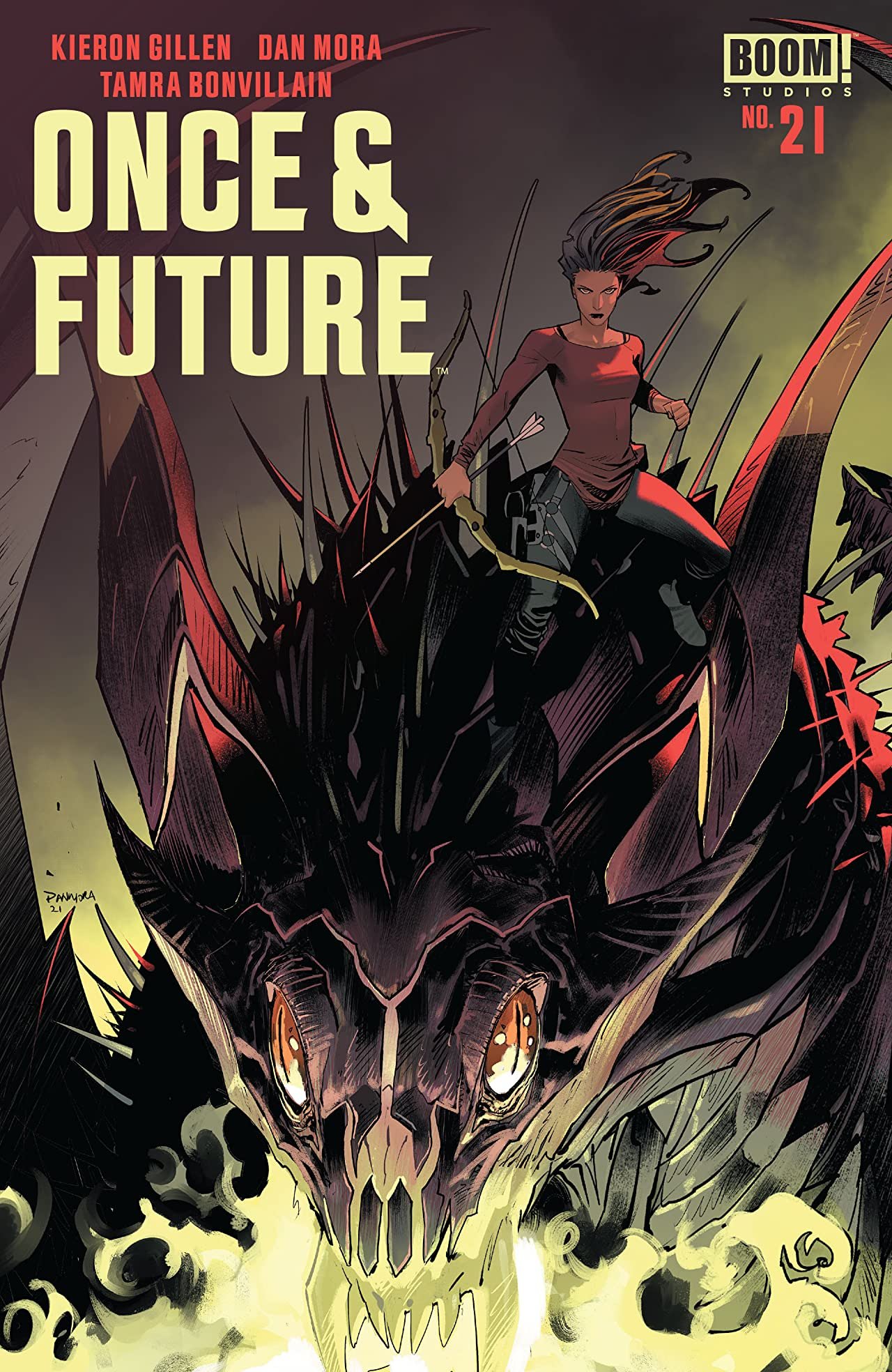 Once & Future 21 drops, which is another high action one. That said, it’s Once & Future. When is it not high action? Issue 15, perhaps, but that did involve guns being pushed in everyone’s faces, and Dan and Tamra always make things feel suitably high action, no matter how I try and ruin that.

Anyway! This issue makes me smile in quite a few ways. The team head back to Bath, where I play games with a little of the local archaeology. Also, Architecture. The set-piece takes place less than 100m from where the Abbey is, which was a setpiece in the first arc. It’s also visibly seen in the second issue of Phonogram. Kohl’s apartment in Phonogram is actually in the building across the street from Rose’s parents. I believe the second comic I wrote was about one of the statues on Bath Abbey, so acting as a witness to all of this. I’m aware there’s enough locations I’ve used in central Bath to form the backbone of a crappy Comics Kieron Did Walking Tour.

Anyway! Issue 21, out now. Here’s the first two pages of the preview… 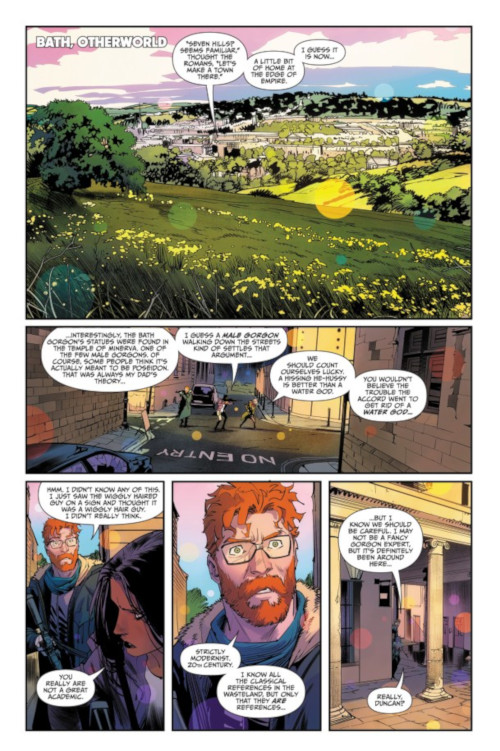 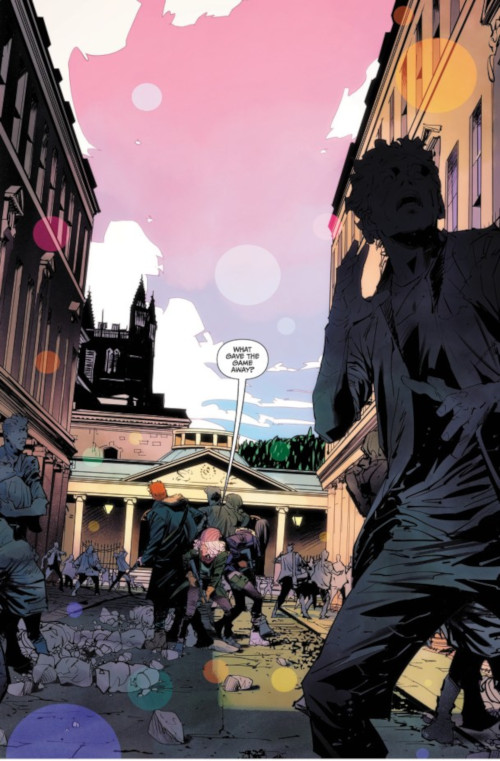 …and you can read the rest here. You can buy it from fine comic shops in your locale and online. 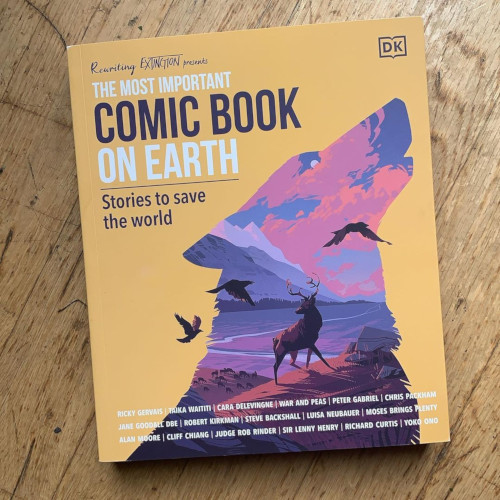 And this drops tomorrow in the UK, in a handsome physical edition. In terms of my contribution, I get a chance to work with Sean Philips, which is obviously a joy.

It’s a big, broad church exercise with some prominent people involved and hopefully will raise a significant amount of money and awareness for the cause of us all not just being cooked to death.

More details about the project here and links here to where to buy.

For those who are eagerly awaiting the Kickstarter, some bad news. Due to the world on fire situation, we’ve decided to push the kickstarter campaign to next year. Rook, Rowan & Decard write about the situation here and Dicebreaker covers it, and the wider issue of supply chains and Kickstarter here.

The TL;DR is that when suppliers’ quotes are basically a shrug emoji, it’s best to take a beat.

The plan is spring next year, though we’ll keep you updated. I suspect as frustrating as this is in the short term, this will be only an advantage in the long term – another few months development time and prep for the campaign will only help, right?

If you want to be mailed as soon as the project launches, you can sign up here. 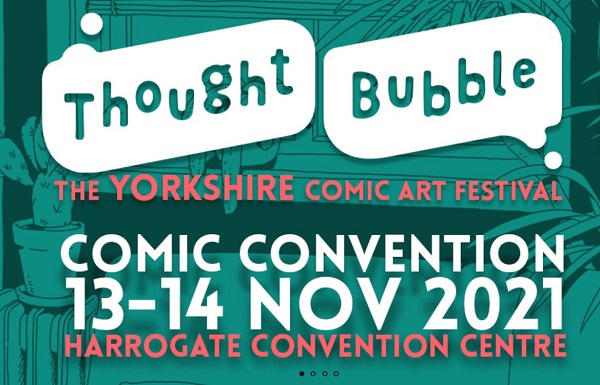 Some more bad news. I’ve regretfully had to pull out of Thought Bubble in Harrowgate. While the con is doing exemplary covid policy the movement in the numbers in the last few weeks means juxtaposed with my personal situation means I better back out.

I’ll miss everyone. This world. 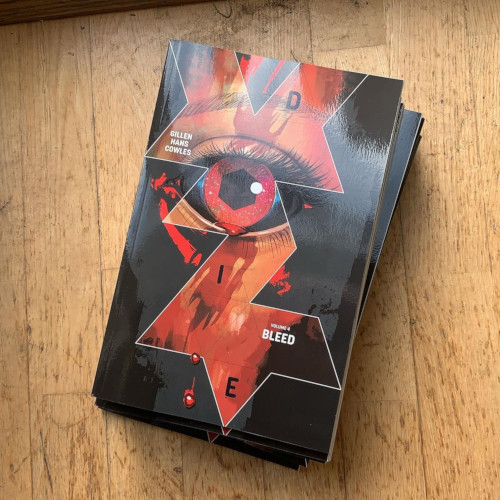 My comps for DIE Vol 4: Bleed arrived. There they are. Out next week.

And, as DIE is over, the decompression interviews are under way. Comics XF talks to the whole team about the experience – Stephanie, Rian, Clayton, Chrissy and me. Lots of perspectives here, clearly, and from angles you likely won’t have seen before.

That said, there’s also me doing this kind of stuff…

CXF: Is immersion in fiction necessarily dangerous? Is creating fictional worlds? What aspect of your creative work/process/whatever do you view with trepidation, as something that might be dangerous?

Gillen: Well, I’ve made a haunted RPG that allows an amoral parasite god to predate upon us. I’m a little nervous about that.

Speaking broadly, a strand of my work tries to inoculate us against fantasy, and encourage one to be a critical reader. The danger of creating a fictional world isn’t so much playing D&D too much. The danger of creating a fictional world is falling into a hole of conspiracies and being radicalised into terrorist actions. I look at most days on Twitter and think, “This is a RPG ran by a malevolent corporation as a GM.”

I’ll admit, I have been chewing over whether one can ethically do a conspiracy story any more. In the current world, doing anything which seems to encourage that sort of thinking seems a bit off. DIE has one in it, using the dates of history to chain together this berserk view of the last 200 years, but I hope that it is so mystically based that it wouldn’t be taken literally. But if the last decade has taught us anything, you never know what someone will take seriously.

…. because I remain me. You can read the rest here.

I wrote most of this one last week, before realising Once & Future didn’t actually come out then, so I could stop. With another week the backlog of links got too much, and I’ve saved some for next time. As I will inevitably do one next week release, it hopefully won’t overwhelm. I’m aware that any newsletter can only take so much before people just start pressing Page Down.

Hmm. Writing about the last DIE trade makes me think “should I throw another Youtube streamed chat thing to celebrate the launch of the trade, like last time? I probably could.” I’ve got a thing on Wednesday, so maybe on Thursday? Assume this is me tentatively giving you a heads up. I need to talk to Stephanie.

Work has mainly centred around the new thing I’ve added to my To Do list. I figured that as I’m far enough on everything, I can fit another little five issue mini in the mix. I broke its back today, and suspect the rest should come together quite quickly – there’s a ghost off a synopsis on dialogue on every page now. It’s far too early to talk about it, but it’s using muscles I haven’t used before – which, as regular readers will know, is basically the main reason I do anything.

I haven’t talked about culture consumption for a while. It’s not even because it’s a case where me talking about what I’ve been reading or watching would give away what I’m working on next. I was chatting to a writer friend who was telling me that they were in such a deep work mode they’ve had to trick their brain into reading anything which doesn’t link to work, only handling non-fiction by pretending it’s research for a book they’ll write one day. I didn’t say, but I’m in a complete opposite place. My brain has no interest in anything that may actually be useful to me. My brain is telling work me to fuck off, it’s sleeping.

I’ve mainly been reading thrillers and crime stories. This was prompted by bumping into Tony Lee at the Coventry con, and him talking about his crime stories he’s been writing under the pen-name of Jack Gatland. Clearly, he sounded like he was having so much fun I had to grab one to share in that. Then I was playing an RPG as part of Scottish Book Week’s birthday celebrations with Val McDermid, who I’ve never read any of. Mum’s a huge fan (sorry for the swears last paragraph, Mum), and recommended one. And then, for my birthday, my mum bought me a couple of crime thrillers, which I then read. So basically four novels in a genre I really don’t spend much time in, which has a way of focusing your attention on its machinations. So I sort of am lying about the Brain On Holiday aspect. It’s just that it’s more passively taking things in to metabolize rather than actively searching for things I need.

That said, I have been chewing over whether I am moving away from that pure research heavy stuff. I know it’s in part born of my desire To Do Work to justify what I do – overcompensating for the physical labour of the artist. I also let myself mug myself. I’m aware that DIE started with a desire to be something solely about people, and became what it was. That said… the thing I’m developing next doesn’t seem that it needs much deep research. It is a shorter piece, so perhaps it’s just because of that, but maybe I’m learning. I think back to BKV’s 00s work before he went away, and how much it clearly loved showing its research and how that simply disappeared in his 10s. Maybe I’m finally learning.

That said, I just started going into Jon Peterson’s Game Wizards, about Arneson and Gygax’s battle over D&D, so I wouldn’t count your heavily footnoted chickens yet.

You just read issue #203 of Kieron Gillen's Wordmail. You can also browse the full archives of this newsletter.