205: Not real friends. Not those you can trust. 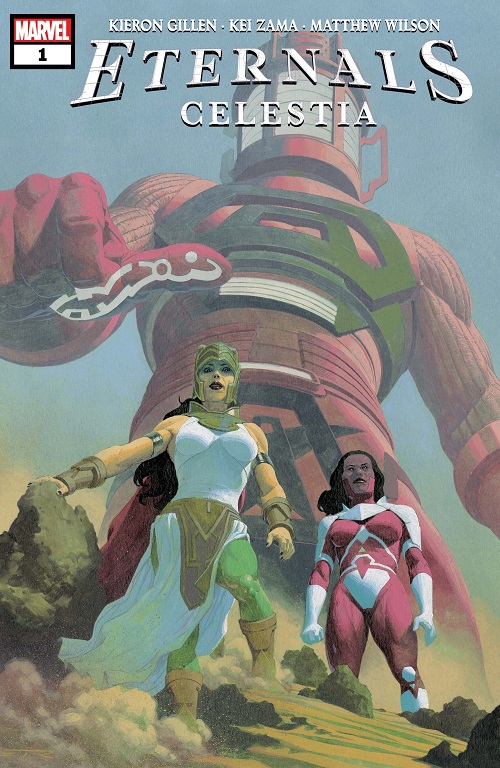 The second of the Eternals specials is out today. Next month, Esad is back with he start of HAIL THANOS. For now, our usual team of Matt and Clatton is joined by Kei Zama for ETERNALS: CELESTIA.

This shows the debut of two of the core Eternals characters – namely, Makkari and Ajak. Speaking broadly, the route I’ve taken on Eternals is that it’s not to just include the characters. We want to actually meet them. I was planning to fit them in issue 6, but realised I would be best to concentrate on the immediate story at hand – it would only be a cameo, which isn’t nearly enough. When the idea of specials were brought up, they seemed a necessary one. My concept of of Makkari and Ajak is a Frenemies/Odd Couple sort of set up, and that seemed a great backbone for an issue. Equally, the same as all these specials, we’re using this personal story to dig into something core in the Eternals background. Last one was the Titanos Schism leading to Thanos. This focuses on the very early days of the Eternals, how that echoes today and their relations to Earth’s powered individuals.

Basically, I saw a chance to grab for Aaron and McGuinness’ Ghost Rider Riding A Mammoth and went for it.

Kei is fantastic. We talked about what we wanted to bring to page, with them talking of their love of Kirby and Berserk sci-fi and moebius and everything. As such, we try and lean into that. This is very trippy in places, moving between quiet character stuff and absolutely reality bending high-sci-fi. In the same way as the WicDiv specials, I’m enjoying how these specials – with the guest artists – are feeling like period pieces, even in terms of how they’re drawn, but with a modern edge to it. The past should be both the past and as modern as lived time. Sez I.

There’s a preview out. Here’s the first two pages… 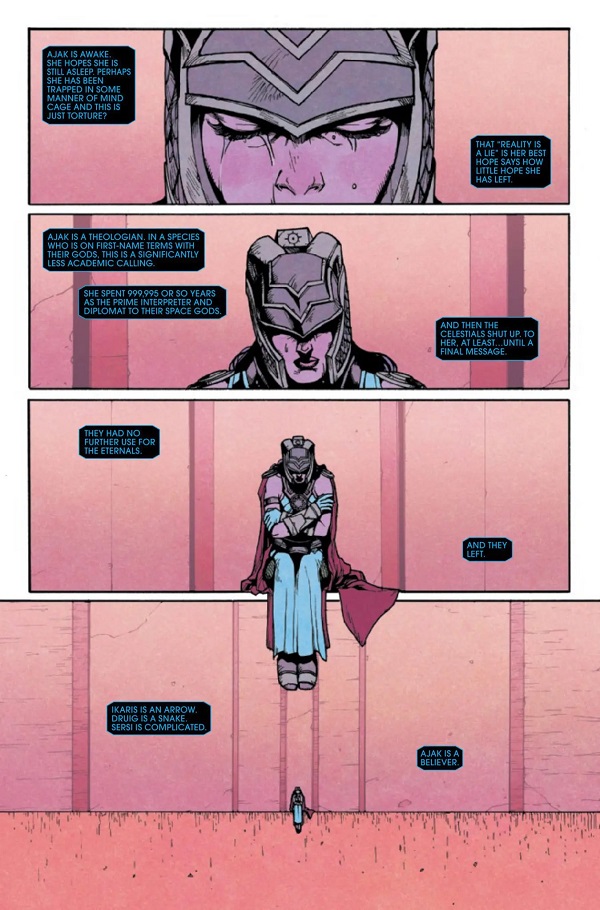 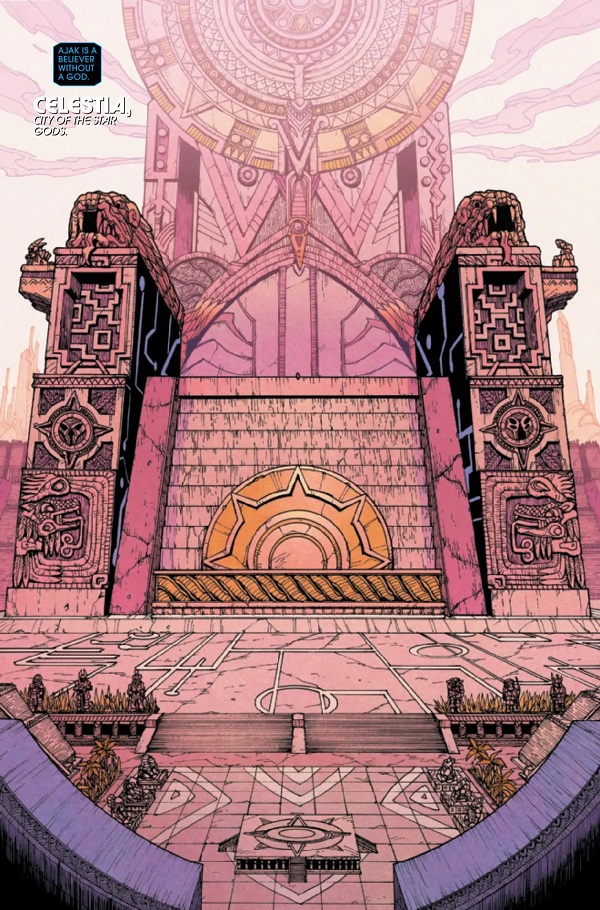 …which I’m very fond of. There’s a couple more here, which are as gloriously brash as these are contemplative. You can buy it online or from your local comic shop.

I said I’d write a bit more about the DIE RPG kickstarter this week, but then Chase Dicebreaker reached out, did a big 2 hour interview with Grant, Stephanie and me, and published it. So it’s probably best I link to that.

That’s a fun headline, right? No pressure and all that.

The interview is a broad overview of everything – how we got together, talking around of the game, how Stephanie is approaching the art and a lot more. We sort of mention a lot of things we’re doing in passing, so if you want to know where our heads are at during this giddy time, it’s a great one shot interview.

We have a Kickstarter notification page up which you can sign up for if you want to be contacted specifically when it launches. I mean, it’s not as if I’m going to not mention it here, but if you want to be first to it, it’s the list to get on.

Marvel just published a big interview about my time so far on Eternals and my plans for the future, including the two specials. I kind of hint at the next too.

…. and you can read the rest here, along with all the spoilers for issue 6.

A little travel this week, in terms of a gathering of the Gillen clan and a chance to catch up with my nephew and niece. By which I mean, communicating primarily by voicing my niece’s glow in the dark Unicorn. He was very nervous, because there were dragons in the closet.

I also got a driver’s licence again. I have not driven at all since I was 25, and the time before that I was 18. Don’t worry. I’m going to do a bunch of lessons before I take to the road. Frankly, me driving petrifies everyone I know, and understandably so. When I was in Stafford, I also found the certificate which qualifies me to work with radioactive isotopes which I got when I was working in a lab at 21. The idea that I can have a car or given radioactive substances should petrify everyone.

I was working as I travelled, pulling my notes on something I’m co-plotting while sitting in the passenger’s seat on the ride up to Stafford. Equally, I’ve just finished off the first draft of something else I’m co-writing. I’ll be polishing my half of it over the next week or so, and then we’re swapping, which is a different way of working. I’m enjoying it.

A lot of this stuff stretches far in the future. When I get a spare few days, I want to plot the next Once & Future arc, as Dan will be needing to start covers for it soon. There’s also the Kickstarter steps – as you’ve seen above, the first press, but also hardcore production stuff – getting costing for various options, and so on. Exactly how fancy are the dice going to be? I passed over my first “This is done, bar whatever tweaks we want to make” to Grant, which is my process going on – just locking down what I think a chapter is, and passing over. Clearly we’ll be tweaking all the way until print deadline, but there’s a difference between “tweak” and “living document.”

Stephanie is starting on her art too, starting with the Iconic character designs. Do you know Iconics? I talk a bit about this in the interview, but they’re the characters they lob in the art for a game, quite often starting on the cover. In DIE, it’s especially important – after all, our sole idea of what the Godbinders, Dictators and all the rest look like comes from the comic… but you won’t be playing them. You’ll be playing your own Godbinders, Dictators, etc. So they need to be characters who are both recognisable as the class, but also hinting at the sheer expanse of possibilities you have to make you own. You know what they have been. What else can they be?

The extra fun thing we did was actually play a session of DIE with RRD to generate these iconics. So that rather than just me writing them, these are explicitly the sort of people and characters the game makes. So the cover is a literal promise – yes, this is the sort of thing you get to be, and we know, because we used the game to make them up.

Also, if you get a chance to get Stephanie Hans to draw your OC, you fucking grab it.

You just read issue #202 of Kieron Gillen's Wordmail. You can also browse the full archives of this newsletter.