DONG!
A Deviant Is Not Just For December
Links!
Byyyyeeee!!! 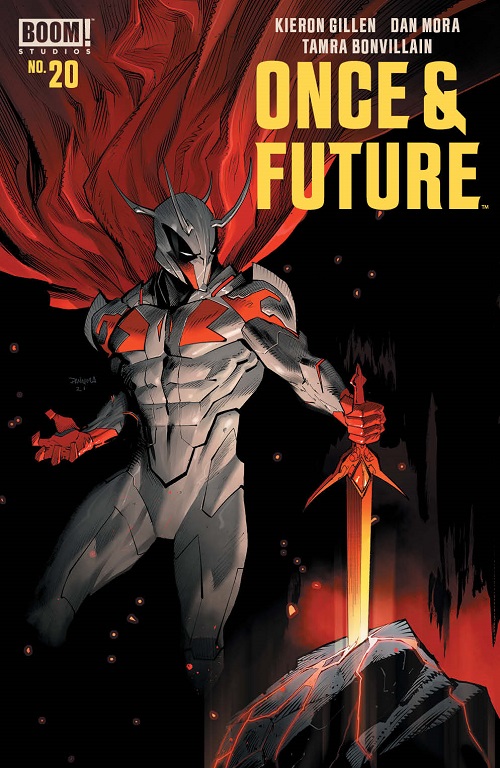 And Once & Future 20 drops! In one of my more experimental conceits, this continues from issue 19, and sets everything up for issue 21. Yes, this is going to be one of those newsletters which you can sense me fraying at the edges, as I know I have to write a newsletter today (as I have a comic out) but I also have many things to do other than this (as I have many things other to do than this.) But here we are, and loving it, or at least venting words excitedly.

Anyway! Once & Future 20 continues to sprawl out the new status quo, in this magical-weird apocalypse and trying to survive in it. There’s a preview here, which is excellent, but I’ll just show the first page, as I’d rather keep Dan and Tamra’s imagery for you reading it properly. This stuff just gets better and better. 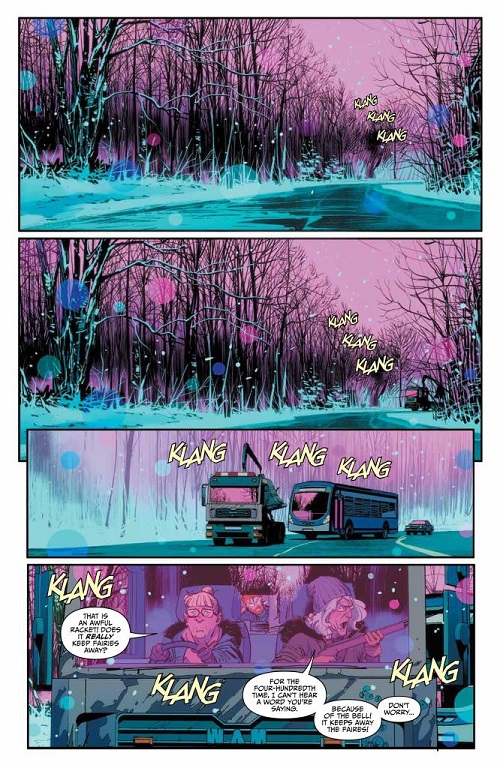 Fun fact! In the original script I wrote DONG! For the Sound effect, but I decided that’s probably distracting, right?

See, it’s this sort of behind the scene details of creation newsletter stuff that’s all the rage now. 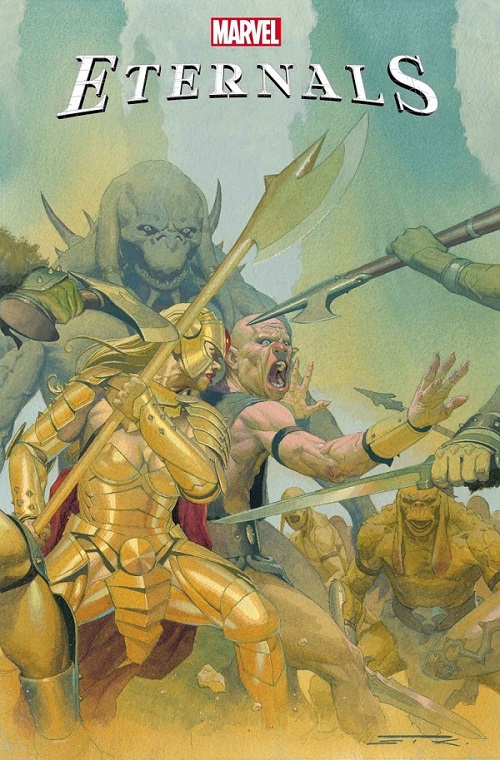 December Marvel Solicits! Eternals issue 8! Cover looks like the above! Pre-order and similar if you are the sort to pre-order! Just Coo over Esad’s cover if you’re not! Exclamation mark!

I went to Meanwhile Coventry at the weekend, my first con since all of this. It’s the first year, and is the community-centric con which is open to the world - as such, has a different vibe, and it’s not exactly huge crowds. In reality, I was no more exposed across the whole weekend more than a day shift in a quiet local supermarket. That I have been as hermit as I have been is a privilege, which I tried to keep in mind while also analysing the low level buzz of anxiety in every single interaction.

Coventry is beautiful. I don’t think I’ve been there – I have vague sense I may have been drinking there once in the mid-90s, but no details remain, which says a lot. It’s a fascinating looking town, and the setting for the con was striking. The Drink & Draw in the new Cathedral has enough vertical space and scale to be a Warhammer 40k set.

It was especially great to see friends. There’s certain sort of conversations one can only really have with peers, and only really in person. That was healing. As I think I’ve said before, it’s only be experiencing something that it reminds me what I’m missing.

Quick plug before I quickly sign off. I have a long meeting at 5 and I still hope to write up the details of the characters for DIE RPG’s art, which is a story I’ll tell you another time. Just a quick plug for The Past Is Red by by Catherynne M. Valente… 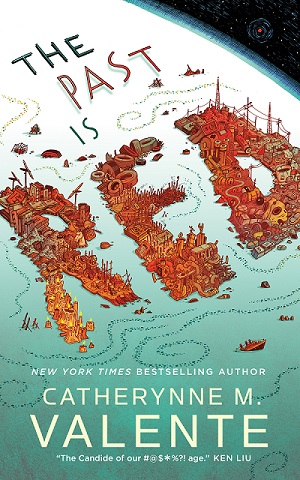 …which is excellent. A drowned world future, where our lead – Tetley – is a perennially upbeat pariah on the society that’s formed on the giant floating chunks of rubbish in the endless oceans. Candide is referenced in its quotes, which is absolutely correct. With its odd poetry, I found myself also thinking of the Little Prince. The Sweary Little Prince. Equally, notes of Vonnegut, which I’m always there for. It’s a deeply optimistic book about the end of the world, and I devoured it.

And oddly, a friend just mentioned Public Service Broadcasting’s new one, Blue Heaven, which sounds like it could be a theme tune. Also, on my second listen, I’m trying to work out what the melody is reminding me of as it comes in. It’s something candy flavoured and 1980s. I thought Jane wiedlin’s Rush Hour, but it isn’t quite there. Whatever, I like this a lot.

You just read issue #200 of Kieron Gillen's Wordmail. You can also browse the full archives of this newsletter.