Only Fine Collected Editions Are Eternal
PxP
Links
The Best Aquaman Is The Man From Aqua
Byyyyeeee!!! 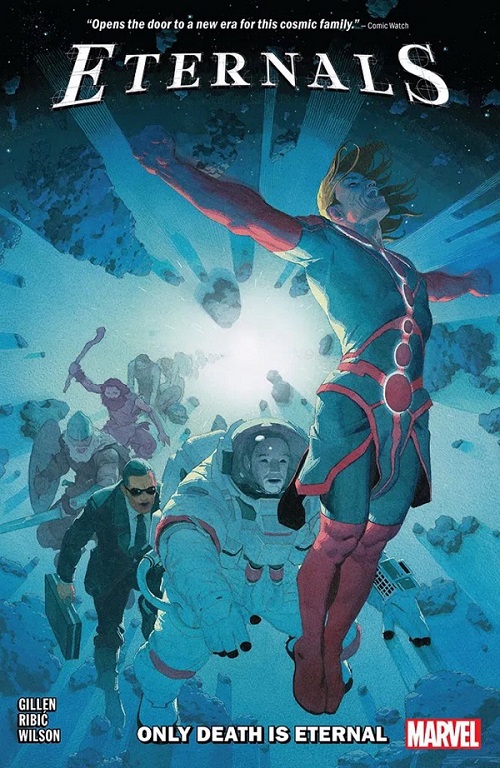 The Eternals collection arrives today in comic shops, and likely a couple of weeks behind that in book shops.

Eternals is Esad Ribic, Matt Wilson, Clayton Cowles and myself having fun with the Eternals, Kirby’s 1970s riff on Chariots of the Gods. Esad is my favourite artist of the fantastical presently working in the American medium. Matt Wilson is a colourist who has not just proved that one can reinvent the wheel, but shown that one can transform it into a hoverboard to soar through the heavens. Clayton and I have been chasing each other in circles for a decade now, and Eternals is where we occasionally eject the pesky artist and escalate do pure design pages with one another.

Eternals is my return to the Marvel Universe, and I’ve talked a bunch about my goals in the book, in terms of my reworking of the Eternals, which tries to metabolise everything that’s come before and make it into a shiny, coherent thing which has a distinct timbre and character that both integrates it and defines its purpose in the marvel universe. The snappy one liner is “turning continuity into mythology.” Trying to make it feel as if this was all created in one breath. That’s not all we do (the tone is what I think is most striking about the book, on a writing side, and where it will either succeed or fail for you) but it’s certainly there.

But in terms of goals, there’s one sort of thing I haven’t said, now I think of it: I just wanted it to be the sort of comic which got me buying marvel comics again as an adult. Not a self-conscious comics-for-adults, but a piece of pop that does existentialism and comedy and action all wrapped together. I think we’ve pulled that off. I like this book a lot, and it’s unlike anything else being published.

If you’re reading this, I think you’ll like it too.

You can buy it in your local shops, online retailers or digitally. 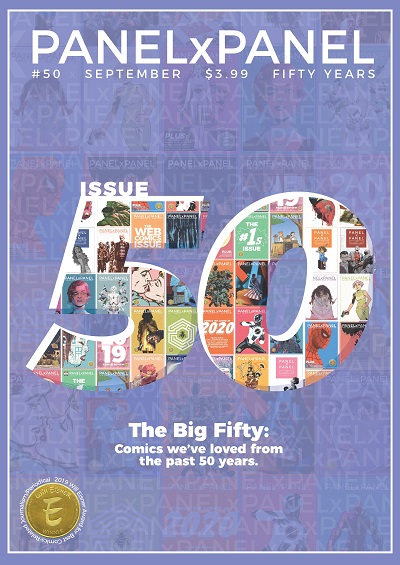 And the Eisner-Award-Winning Panel X Panel hits issue 50. Cripes. 50 issues is really no joke – I think back to when I was a teenage magazine obsessive, and I’m aware that a lifespan of many of those magazines was significantly less than fifty issues. For Hassan to keep this thing going, on a month by month basis, alongside everything else he does is a lot, and I can only salute it.

Its taken the theme of 50 years, and had a scan over all those decades to select their favourite books. Hassan asked me if I had any desire to hammer out a quick 500 words about anything, and “Kill Your Boyfriend” just jumped to mind. I am not one to resist random urges to write essays. You may have noticed.

I mentioned in the piece that it’s one of the two comics I actually bought a page of. I have been asked which page. It’s a rude one. 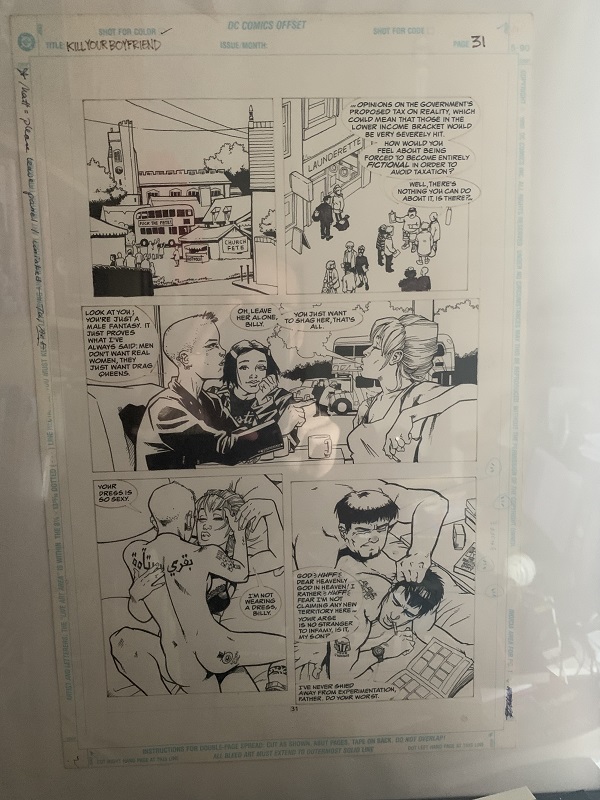 You can buy the issue here, or sub here.

I must be procrastinating as I’ve been doing more crap jokes than usual on twitter. When I get the photoshop out, it bodes ill. 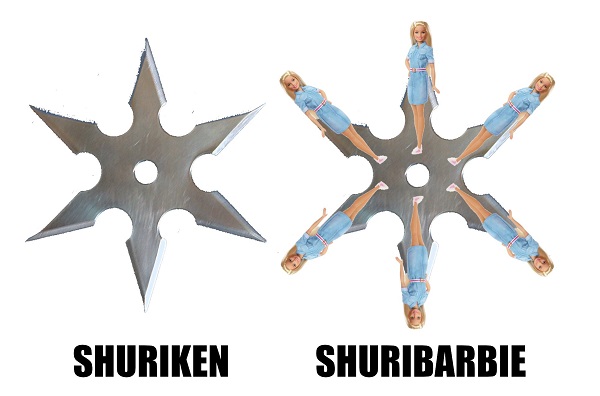 More specifically, it bodes It’s Friday Afternoon Do I Have To Really Do Any More Work To Me?

Most successful by RTs was this one, which is amazingly niche, but hits its niche directly.

A: Because they get their genes from primarchs.

Bar the keeping-things-ticking-over bits of work that are always on my desk, I decided to give all of last week over to just RPG stuff, allowing me to lob an update with some extra stuff over to the Beta Campaign Playtesters. It’s primarily neating up, and thickening up of options – every class needs even more of that, and tightening, but all the classes bar the Master are feeling more like a fully developed tech tree… and Master is one of the more robust classes anyway. The Dictator especially has a final missing piece added which makes them feel really Dictator-y.

Some of this is just born of where I am with the second campaign, where I actually have a Dictator player-character, so I’ve had a chance to look at the areas where they want to push. The missing piece is really to lean into what Ash does in the comic – as in, she plans. Sure, the Dictator’s powers are great (if terrifying) in the moment, but she shines when she’s had a chance to step back, see a problem and do her homework. It’s essentially a more limited version of the Flashback mechanic you’d see in something like Blades in the Dark, which only the Dictator gets to use.

The biggest conceptual addition to advancement is specific bonuses for each class when they hit a certain level. The game normally works by you working down a tree, with one pick for each level. These ones would only kick in, for each class, when you reach the level associated with your dice. So Dictator’s is Level 4, the Fool’s Level 6, the Emotion Knight at Level 8 and so on. They’re very much two-edged swords, with a strong addition to the narrative, and I’m hoping by spreading them along the advancement curve, they’ll provide some spices for people to add to their taste in a game. Each one can be the backbone of a full adventure, or a gracenote between them, or anything between.

And there’s still some me just thinking of a quirky thing and putting it in the advancement grid to see what it feels like. Here’s my first-draft of what I added to the Emotion Knight’s one, born of thinking they needed a characterful steed option…

I dunno if it’ll stick, but this is the sort of thing I do gravitate towards as an off-the-beaten-track-optional-advance. What other weirdos could there be which speaks to the core of the class? That’s one of the most interesting things about DIE RPG, as a release. In the comic, we’ve really had one strong example of each class. We’ve seen a few other Emotion Knights and Dictators, but not really anyone else, and certainly not in detail. Now, we’ll able to see what other Neos or Godbinders or whatever are like… and have Stephanie Hans draw them. That alone should be a lot of fun.

This all dovetails with my campaign reaching an end-of-season moment, where we’re to have a month break, before hopefully returning for the conclusion. I’m planning to use the month off to run a few two-shots of the game, to test the short-form with its new changes. Hopefully I’ll lob some of these online too. Also, a Beta campaign ran by someone other than me has just ended – the first to do so - which sounds like it went really well, and looking forward to hearing what feedback I get. I wonder if I should interview the GM about it for here? That sounds like it could be useful. What about it, Books?

This week is back to comics work, diving into an Eternals issue which I’m writing solely to Godspeed You Black Emperor, which speaks to the tone. It’s bleak! Perhaps not as Bleak as the first special, but we’ll see how it ends up. The word “Omnigenocide” features, so it’s not exactly going to be a laugh riot. I should finish off a draft of that tomorrow, and I may actually try to polish it up on Friday.

I also am trying to clear out as many books as I can from the house, but I think that’s a big enough topic for a full ramble, so I’ll save it. In short: I Am Terrible At This.

You just read issue #198 of Kieron Gillen's Wordmail. You can also browse the full archives of this newsletter.