D18E
Home
Ooh, I should have done one about the Sugarcubes single.
| Links
Byyyyeeee!!! 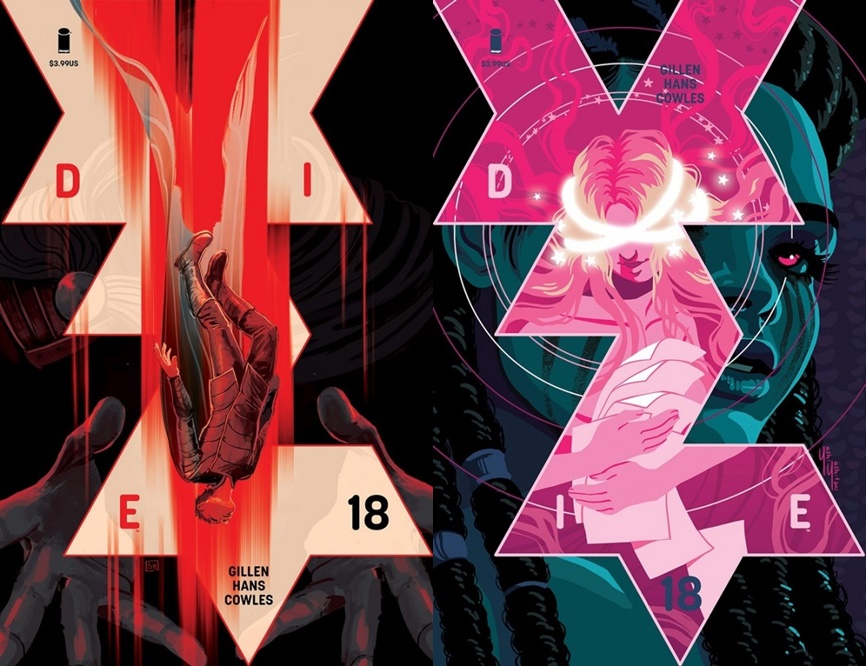 This one crept up on me. I got one of the usual parcels last week, and wondered what on earth it could be. Surely it was too early for DIE? But no, there it was, and here it is in shops, and it’s beautiful, and it’s awful, in all the usual, unusual DIE ways.

This is where we start going deep into the dungeon, and finding what’s buried down there. In the backmatter I describe this as the Sol issue, and this seems fair. In the same way the last issue was the Fallen, this issue is a lot of what’s going on with him, and DIE generally.

It’s also a whole bunch more. For example, here’s the first page, which is arguably the most beautiful rendering of early-90s drinking dives in Stafford seen in the history of sequential art. I even drew Stephanie a map of the interior from memory. 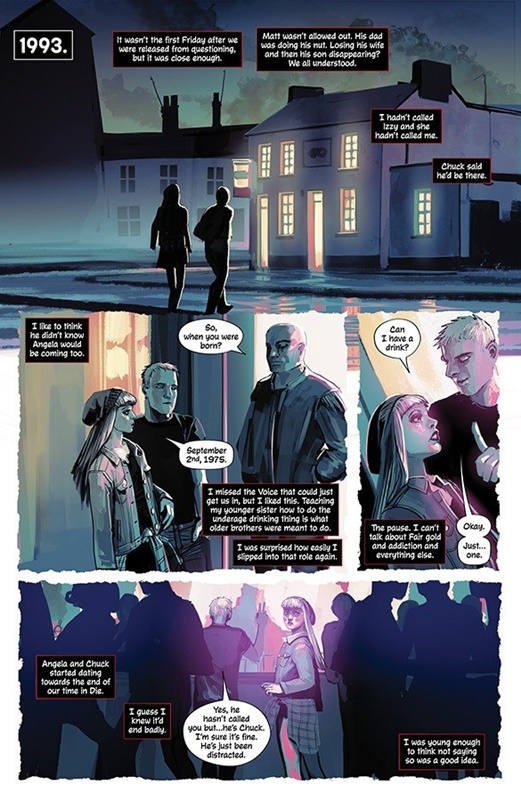 …And you can read the rest of the preview here. and you can buy it from your local comic shop or online.

Oh – our interview this time is with Kienna Shaw and Lauren Bryant-Monk, curators of the TTRPG Safety Toolkit. You can download that from here..

I’m on a panel at ComicCon@home. Here’s its details....

Gaming in Graphic Novels: A Programming Match Made in Heaven! Librarians rejoice! Tabletop gaming and comics have combined to form an unstoppable juggernaut of programming magic guaranteed to add +10 to your Patron Engagement skills! Join comic book creators with tabletop roleplaying games based on their books as they talk about the journey from page to playtime and learn how you can bring even more fun to your branch with just a roll of the dice! Speakers: Henry Barajas (Helm Greycastle), Jen Vaughn (Helm Greycastle), Tristan J. Tarwater (Helm Greycastle), Kieron Gillen (Die, The Wicked + The Divine), Stephanie Hans (Die). >Moderator: Moni Barrette (Creators Assemble! founder, ALA GNCRT president-elect)

And more in the link.

This was a really fun one to record. A huge download of positivity. 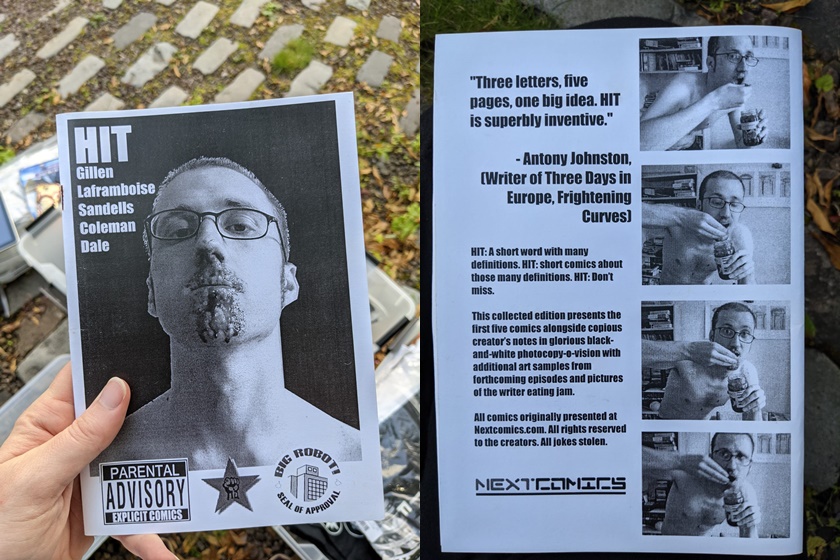 A friend was clearing out her garage and found these copies of my first zine. I smile. The pretentious-cover-to-back-cover-self-mockery reveal still seems a particularly me kind of beat. This is what I was selling at Bristol comic con when Jamie came up to the table. And Jamie didn’t run. What a world.

The cover was prompted me having to have some kind of image to lob on the cover, or I’d miss the photocopying slot at the local printer. So my girlfriend at the time smeared my face with jam and soy sauce, and we did an Andrew WK homage. I’m aware that this is at the end of a 5 year period where I worked for PC Gamer, so was entirely hardened to monthly gloriously humiliating photoshoots.

Hmm. I keep on thinking there’s something else I’m meant to write about this week, and can’t work out what it is. I guess I’ll have to remind myself the traditional way: sending this off into the internet so I can remember 5 seconds later.

There’s a lot swirling around, in terms of potentiality, so I’m trying to stay focused on the present, being particularly aware at how what I do now absolutely alters that. Every thing I do now buys back time in the future, which I may or may not need. I found myself saying to a friend earlier that I’d love to have 2-3 work days which I wasn’t allowed to spend on anything else, so I can use them to write up my ideas for a hack to the Heat system in Blades In the Dark.

I don’t. Instead, we have what we have. We’re presently tying off DIE 19. As those who’ve read DIE 18 will know, this is set up to be a delicate one, so we’re doing a bunch of close work on it – and as we’re a little ahead of deadline for once, it means we’ve got more time for it, which is a relief. I’m also playing with Eternals – I’m writing issue 12 at the moment, but as I’ve only handed in up to issue 8, it means that I’ve got a level of fluidity in options I rarely have. I’m going to see how it sits, and then perhaps move a key scene back to issue 11 to buy back more space for climactic explosions and/or emotions.

I also spent a good chunk of the weekend just working on DIE RPG – after last week’s download, it wasn’t the campaign, but actually DIE Core. I had a meeting with our publisher, and were chewing over approach, and I’m trying to use a DIE Core chapter as the gateway to the rest of the book. Rather than putting all the “You could try this or this or this…” in the main copy, and so confusing what the game is teaching, putting links in the sidebar to lead elsewhere in the manual. The goal is making the game playable from just the information of that one chapter, and then exploding out, like falling into endless alternate dimensions. Which is on theme, right?

I’m also getting excited about where we’re hopefully going to have comics in the manual. That’ll be fun. I suspect the amount we’ll do will be stretch goal related, but I’ve got all manner of ideas. At the least, doing the classical intro fiction in a comic form seems natural.

I also saw a group of friends in the flesh for the first time since all this began. Six people around a table, in the open air, in a pub in South London. Getting there, I got on the wrong train, ended up in Victoria, found the Victoria Line closed, got an overground to a bus-ride away and eventually arrived. The journey was not exactly the best advertisement for ever leaving the house again, but the evening was as healing as laughter with friends can be.

Oh, I remember! I meant to write about the books I’ve been reading.

I’ve read some books! They were good.

You just read issue #193 of Kieron Gillen's Wordmail. You can also browse the full archives of this newsletter.