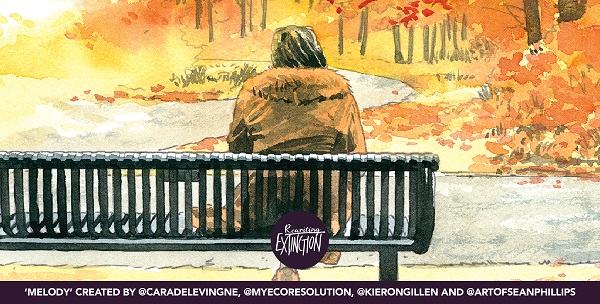 This debuted online last week. Rewriting Extinction is an ambitious charity effort to raise money and awareness for seven projects to help the Biodiversity and climate crisis. It’s involving pairing comic creators with people working in other fields to create these works.

Go nose at the site. Sean Phillips and I worked with Cara Delevingne and Eco Resolution to create this short story, which is the debut for the site, which is quite the thing. The process was talking over various approaches and ideas with Cara, and we ended up with this softly meditative four page story. We’ve then cut it to a format that more suits online reading, which you can read above (or clicking here.).

Sean actually put the first page on his Instagram, and I’m sure we’ll see more down the line.

There’s much more to come from here, and if you see the list of the associated creatives, you’ll see many causes for excitement. Go nose! 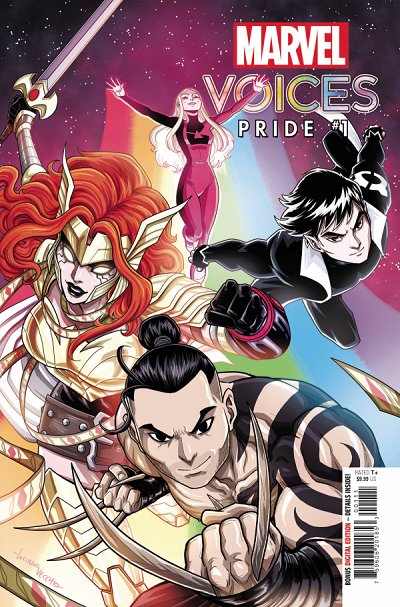 I’ve got a story in the Marvel Pride anthology this week. It’s a little five page return to the Young Avengers characters I last wrote back in 2013. I was speaking to AIPT about the project, and said…

“It came from how [Editor] Sarah Brunstad explained the project to me. I was originally resistant to writing a script because I felt that I’d have the privilege to be able to write a lot of explicitly queer stories both at Marvel and elsewhere — most obviously, the whole of The Wicked + the Divine. I felt someone else could have the place. Sarah said various (very complimentary) things which made me blush, but also said that at least part of the point of doing it was a walk through the history of what Marvel had done. Young Avengers was a significant book in that particular story.

Which made me think that if I did something, it should touch in on Young Avengers. Was there anything I had left to say there? One little thing struck me, in terms of David, and using it as a way to write about something I hadn’t really written explicitly about before. Young Avengers was all about the Truth Through Overactive Metaphor, and this was very much that.”

I got the joy of working with Jen Hickman and Brittany Peer, who do some excellent stuff here – just playful, naturalistic and charming. I said in the script I was aiming for something of that early-00s Oni energy of books like Hopeless Savages or , and I think they nailed it. In a weird way, it feels like the most actual indie comic I’ve done in some time, if you see what I mean. 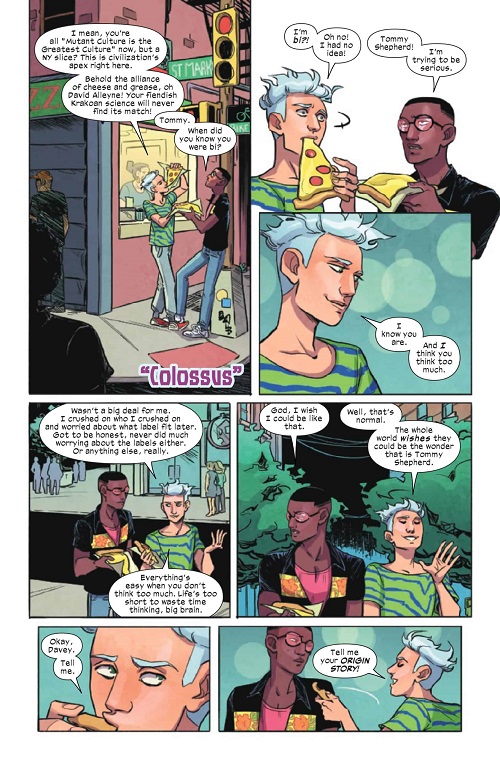 …and it and the rest of the excellent anthology is available digitally or from your local comic shop. 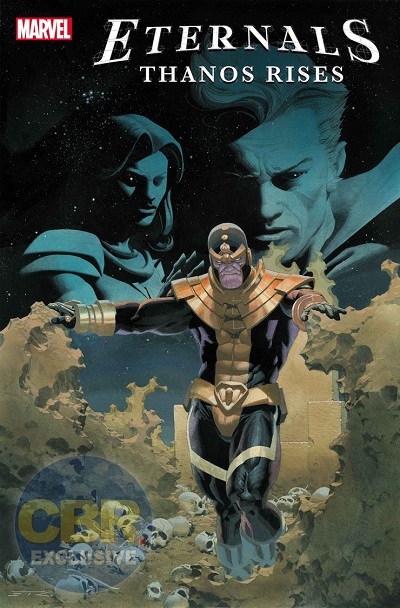 This was just announced yesterday. Eternals: Thanos Rises is a one off issue of Eternals, where I get back together with Dustin Weaver. We did an issue of Uncanny X-men, which was just one of my favourite issues of my career at Marvel, and this has been a similar experience. Every page is my everything. I told CBR…

“One of the side effects of having that big vision of Eternals, with a timeline stretching across the million years they’ve been on Earth, is that we can always do an issue like this,” Gillen said. “Choose an interesting, near mythic point, and then just do it. Which one to start with? It clearly had to be basically the nativity of Thanos, the whole civil war in the Eternals which led to his birth and all of that, rendered in the joys of Dustin-Weaver-o-vision. This is one of the more epic, brutal and gleefully bleak issues I think I’ve ever written, and with Thanos at its heart, would you expect anything else?”

Re-reading that, I sort of raise an eyebrow at the “gleefully”. It is bleeeeaaak, as much as any navitivity of Thanos has to be.

It’s a gap month in the main Eternals schedule, and when offered a chance to do a book in a different time and place, digging into the relationship between Thanos and the Eternals, specifically historically. I’ve referred to the Titanos Schism a few times, and this is really what that is.

When you do specials like that, the question is always “do I need to read it?” Speaking broadly, I view the Eternals specials like the WicDiv ones – they are absolutely part of the landscape we’re creating. If you’re liking Eternals, you will want this. 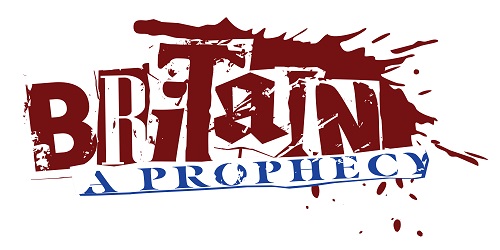 This has just had its proper Patreon Launch, and is an ongoing webcomic by El Sandifer and Penn Wiggins. I’ll say you’ll know El as she’s the foremost critic of Morrison and Moore working today, and this is her and Penn putting theory into practise. She writes about the project here. Let’s quote a bit…

I’ll start with the pitch, just to get it above the fold. Britain a Prophecy is our take on late 80s/early 90s Vertigo books. Think Sandman meets V for Vendetta. Think two queers who grew up on Moore, Morrison, Gaiman, and their successors deciding it’s our turn. Think dark urban fantasy full of big ideas and sharp teeth. Here’s our opening text crawl:

Long ago, a King of Britain made a bargain with the fae: one in ten thousand of his subjects would be switched at birth with faeries, who would enter the mortal realm and guide the Story of Britain to greatness.

It is the 11th of June, 1987. Margaret Thatcher is about to sweep to a third term as Prime Minister.

The deal stands to this day.

I am intrigued and, having read the script of the first issue, know much more awaits you. It’s confident big swing stuff, and if you write anything on that list of influences, you should be all over this. Go nose for a preview of the first five pages, and consider supporting the Patreon here.

I sit and write this and can’t think of what happened in the last two weeks, work wise. I wrote something, I swear. I remember words happening.

One backbone has just been polishing up scripts. I was aware that I’d somehow got into a situation where I’d got 8 scripts in a first draft state, each of them likely needing a day’s work to get into a state I could hand in. This is because I’ve been pushing ahead as far as I can, when things are relatively undisturbed. Eternals 9 is polished, and Once & Future up to 24. I’ve yet to hand them in, but they’re here. This morning I was at work on DIE 20, which I’m taking a slower polish speed on. It’s very much me doing the final tweaks on landing the thing – it also includes a conversation of exactly how long the issue will be. I’m sure we’ll land on 26 pages of comics, but could push to 28… but that is going to sacrifice some things we need in the backmatter, and risk killing Stephanie. As in most things, the question is “What works?” We’ll make it work.

Also ideally I’d like space to have a full page advert for the DIE RPG kickstarter, at least linking to a Sign Up To Be Informed page. That does seem the sort of thing I don’t want to bury at the bottom of a letter on the last page, right?

I’ll likely do a catch up post about DIE RPG next week. I’ve got Eternals to write, so likely will have gas in tank to ramble out. Also we’ll be three episodes into the new playtest by then, so much to share.

DIE 18 is also at Image, and we signed it off yesterday. Eternals 6 is going out on Friday, so I’m doing my last lettering pass when I finish this. Both are a lot, and I’m happy with them both.

There has also been a whole world of stuff. I feel like a cat, lost in a disco, where all the lights have been swapped for laser pointers. I scamper, from one red dot to the other. It is a life, and if it isn’t, it’s at least what I do.

Oh – I played a board game in person with someone other than C for the first time the start of 2020. That’s a thing! I did a thing.

You just read issue #190 of Kieron Gillen's Wordmail. You can also browse the full archives of this newsletter.