188: the fundamental lie that is Easter Eggs 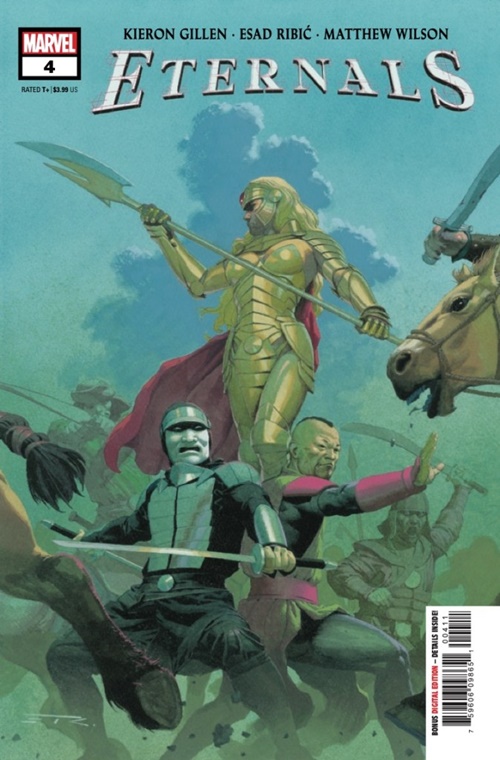 After a month off, Eternals is back, where we go deep to Polaria and properly make proper acquaintance with Druig, who in the court of the Eternals is basically our Grima Wormtongue, except without the personal charm. I’m enjoying him, actually. The process of discovering the cast is one of the best things about writing one of these books, and hopefully for the audience as well. I’ve written a lot of manipulative villains in my time, and finding where each one sits is fascinating. I had a breakthrough yesterday with him, which nailed something specific. I was always aware he was a sort of Littlefinger character – a murderous, driven social climber – but yesterday I realised something key: he’s a workaholic. There’s lots to dislike about him, but he commits.

He’s also a bunch else, and the issue digs into that. As the cast has expanded, so there’s more plates spinning, which is part of the fun. I’m writing the second arc at the moment, and that game never stops being fun.

Hope you’re enjoying this as much as we are. And here’s a preview, not involving Druig, but certainly showing why Sersi is rapidly becoming the character who I write, then look down at her dialogue, and blink a lot at what she’s just said. 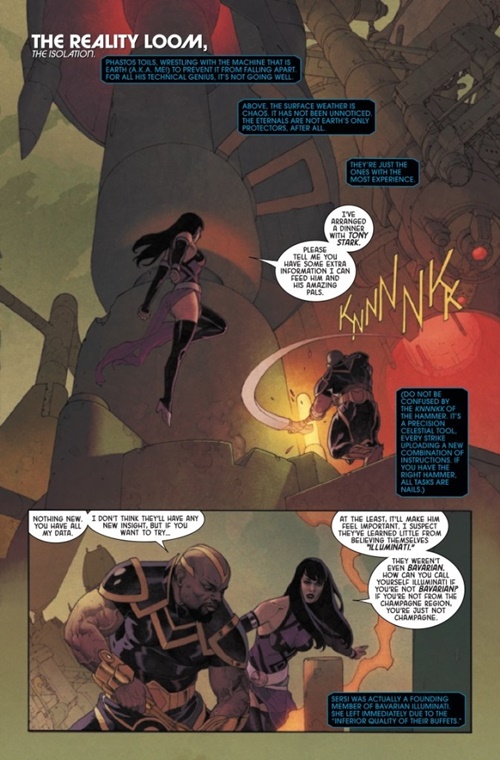 Rest of the preview here.

![](http://kierongillen.com/newsletter/188/Worldcon.jpg} The finalists for the 2021 Hugos were announced, and both DIE and Once & Future made it, which is kind of astounding. Thanks for everyone who nominated us.

We’re just at the “off to the printers and order cut off” DIE, so we released a preview. 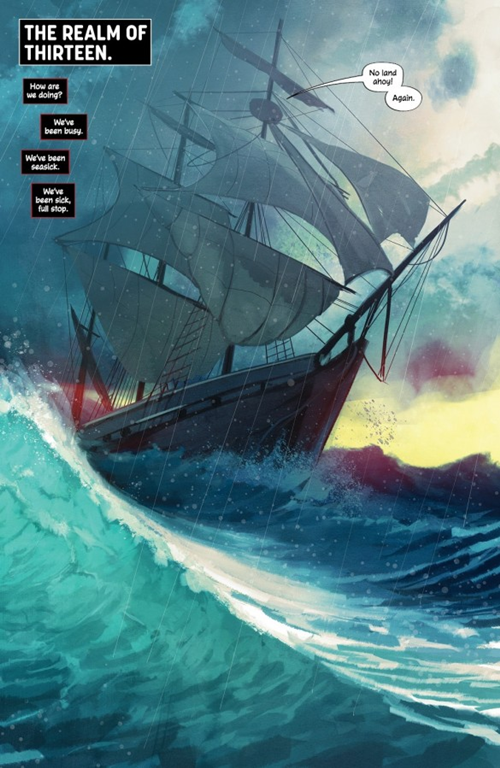 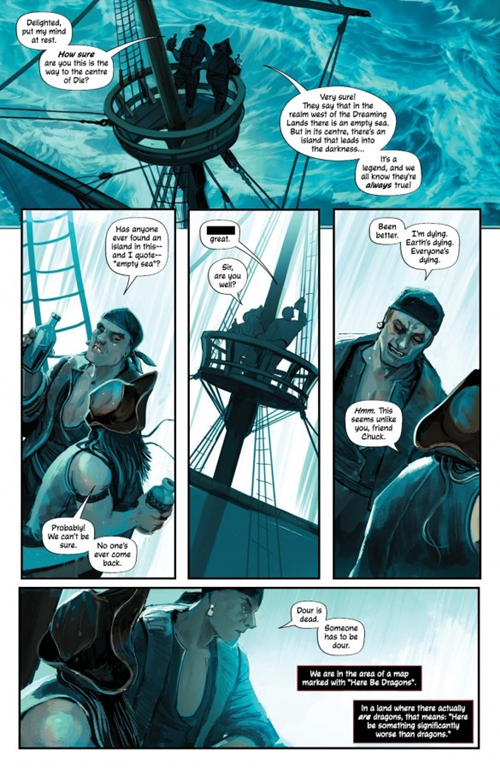 You can get order links here, and all other DIE-y information 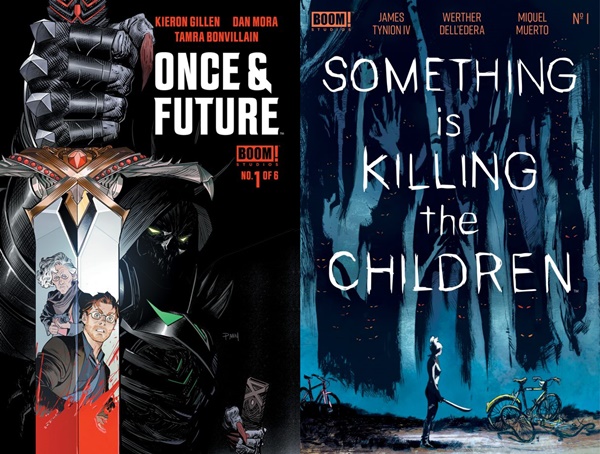 Boom have just announced they’re doing a hardback edition of Once & Future, collecting the first two trades. Out in November, just in time for Xmas. There’s also one for Something Is Killing the Children, which is excellent stuff. You likely know that, but it’s worth reiterating.

This is no use to you right now, but bear with me. Every since Amiga Power pointed it out, the fundamental lie that is Easter Eggs has been on my mind. Easter Eggs just don’t do what they should. An Easter Egg, in all its size and glory, looks magnificent. However, when you crack the shell, you reveal the awful truth – it’s hollow. Eggs’ defining characteristic is that they are not hollow. They are packed to the shell with stuff. Not a few chocolate pieces – an object full of stuff.

Enter Catfood Cakes, who – as an Easter special - did this… 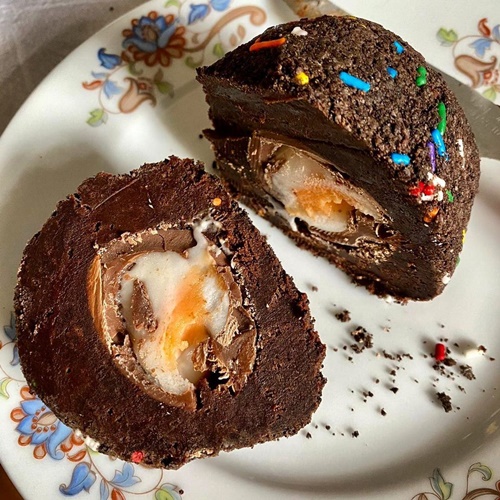 …which is just about perfect. We ordered them, and ate across multiple servings (due to fear of dying in a hypoglycemic frenzy) and basically applauded, and like them so much that I’m writing about them rather than anything useful.

You may also be aware of my relationship with the Scotch Egg.

They also were doing this.... 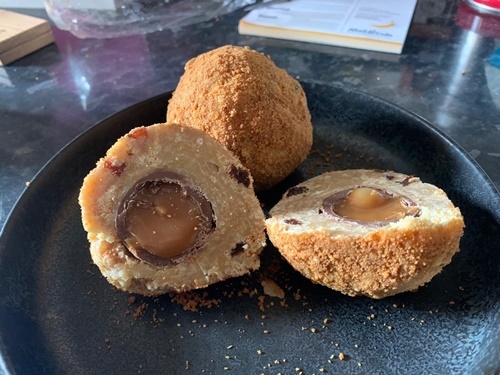 Which is clearly them trying to kill me.

To be honest, being blondie-based, at first serving we weren’t as impressed as the Easter Eggs. However, with every further serving we fell more and more in love, and theorised that it’s lucky we ran out of them when we did, as if our passion for them continued at that rate, in two more servings C and I would end up divorcing one another and marrying a foodstuff.

They’re not doing them right now, but they’re doing a bunch of other fun stuff. South London based, but deliver anywhere across the country.

Been a couple of weeks where things have been just clockwork. I started a script. By Friday, I’ve finished a script. I’m frustrated that I’m not doing enough outside that simple rhythm, but I also know that not enough is still not nothing. The tight synopsis of Eternals’ second arc is not a small thing, and basically means I can just write that. As I handed in Once & Future 21 last Friday, I don’t think I have a non-Eternals hard deadline for a new script at least a month, which means that I may just get my head down and write the whole thing.

Oh – the DIE Beta went into its campaign testing, with a closed audience. I decided it was probably time I compiled all the bits of the various PDF releases into a single volume, just for everyone’s ease of use.

Which is a lot, innit? There’s still more to write, but also stuff to cut. Maybe we don’t need all those narrative in RPG essays, right? Or maybe we do. You only get to write your fantasy heartbreaker once. I also, have a side project, have started writing – a little incursion (i.e. Scenario) inspired by the Old Forest section of Lords of the Ring for deconstructionist horror-fantasy game, Trophy. If that goes well, there’s a couple more I’m thinking of writing up too.

I haven’t mentioned the cats for a while. Here’s Manny. 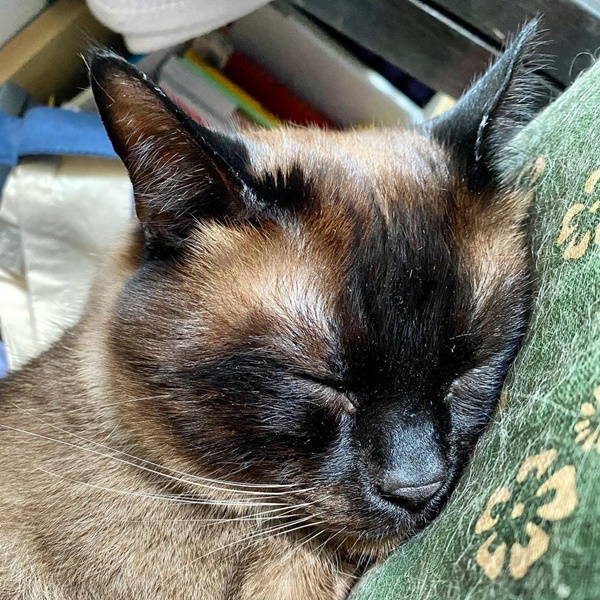 As I was doing a final link check, I just spotted Way of X is out today. I read the advance of it, and Spurrier and Quinn have created a really smart philosophical/sci-fi-/pop book you should be all over.

You just read issue #185 of Kieron Gillen's Wordmail. You can also browse the full archives of this newsletter.