187: the perfect automation of google sheets is undeniable

The Story of the Blues
UK
Media
Links
Elsa
Byyyyeeee!!! 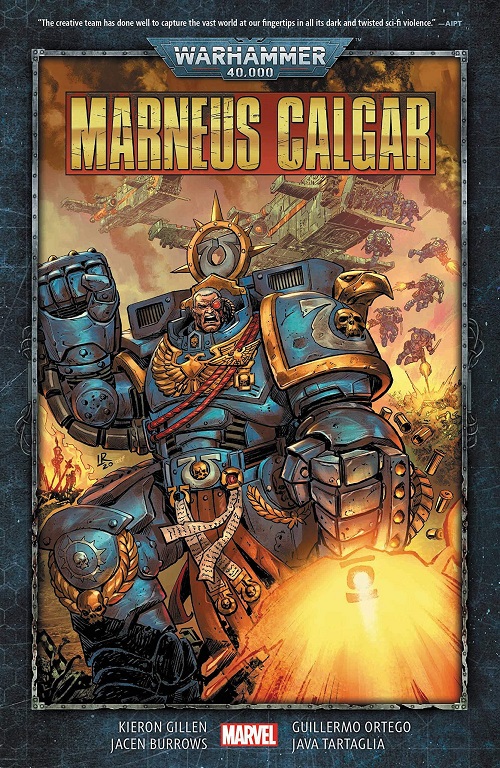 The collection of Warhammer 40,000: Marneus Calgar is out today in comic shops. It’ll be a little later in the month for book shops, but you can obviously order online and similar. I believe it’s going to be in Warhammer shops too. You may have noticed I have a soft spot for Warhammer, the soft spot in question being a gaping chest wound in the corpse of a heretic. A big part of this is me explaining this soft spot. We hit a lot of targets (both metaphorically and literally), but this is comic equivalent of what happens when a friend asks me about Warhammer, and I lean over and tell them.

As such – and this was very much part of the project goal – it is very much designed as an all guns blazing introduction to Warhammer 40,000. If you’ve ever wondered what all this is about, this is a one volume to tell you. I used Batman: Year One as a reference a lot in interviews – in terms of being something that works as the intro to Batman, but also absolutely does everything a fan would want of a Batman comic. We tried to do that. You should walk away knowing about the dull thrumming tyranny of the Imperium, the war with chaos, what space marines do and what Power Fists Do. We even show who mops up afterwards.

We all had a lot of fun – finally getting to work with Jacen was a joy, and I hope we’ll get back together down the line. Java and Clayton did amazing work, and Game Workshop both gave us a lot of space and assistance to Do Comics Loudly. My biggest regret is that I didn’t mail Marvel early enough to get a Comics Journal quote on the trade. Boo. 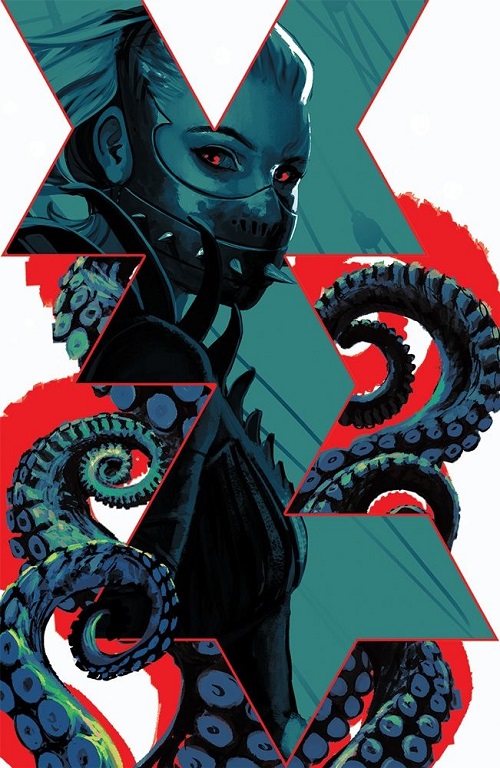 We’re releasing the above Thank Your Variant for Diamond UK retailers to ship with issue 16. It’s been a particularly hellish year for retailers here, and when Eric suggested doing this, it seemed like a good idea.

I’ve been thinking about Babylon 5 recently. Not specifically the show, but how much it meant to me when it was coming out. A lot is context – I was a certain age, it was doing a certain thing that no-one else had done and no-one else was doing then – but how much I cared shocks me. I look back and think of Babylon 5 as my sci-fi equivalent to Oasis – something I was into with intense passion for a couple of years in the 1990s, and now look back at myself, and wonder who that stranger was. Short of it: I have had a hunger for Space Opera, bubbling away. Then my advance of Adrian Tchaikovsky’s latest drops through my letterbox, like an Architect emerging from unspace when the Angels of Hitting You In The Face converge in desperate attempts to…

SHARDS OF EARTH was exactly what I was waiting for. Shiny, modern, smart, pop Space Opera. The ghosts of Brexit certainly haunt it in the politics of the diaspora formed by Earth being destroyed by moon-sized alien creatures who like to carve planets into filigree, but its core appeal is approaching the genre with such obvious joy.

I was playing a game the week before this, thinking how on Earth I’d adapt the magisterial Children of Time to the screen. It was tricky, but I worked out a solution which amused me. If I was presented the same problem for Shards of Earth, my solution would be: just put it on the biggest screen I can find. This is glorious IMAX Sci-fi Space Opera, pure, big ideal, high velocity pop and exactly what I needed, and you need it too. It’s out May 27th.

The new FRIDAY has just dropped with Brubabker/Martin just doing some of the most startling comics around – there’s a couple of spreads here where Martin just moves mood and it hits so hard. This is the Teen Detective grown up into melancholia, with sufficient cosmic-ambience folk horror notes to go to a different place. I have no idea where it’s going, and I can’t wait to find out . It’s on Panel Syndicate, so you can pay what you want. I would pay a lot.

Folk Horror has been on my mind, as Sarah Gordon’s Vicious Creatures collection arrived, which collates Sarah’s self-published zines and adds a bunch of new story. Put together, it’s a portrait of a creator at play, hopping through streams joyfully, looking at the sky joyfully, poking the diseased corpses of rats joyfully. It even approaches the awful gaping horror in a heart, joyfully. It is a lot, and a lot in different angles, and the best of the stories curl and build towards a moment of pure comics expressionism which brings to mind Emily Carroll or Becky Cloonan’s shorter works. I’m all for it. You can buy it directly here.

Brief other media update: TV? Devoured the Terror and Can’t Get You Out Of My Head, and have weirdly found myself getting into the Lord of the Rings card game ten years since I bought the box, played twice and forgot about it. Now, my table is covered with pictures of hobbits. 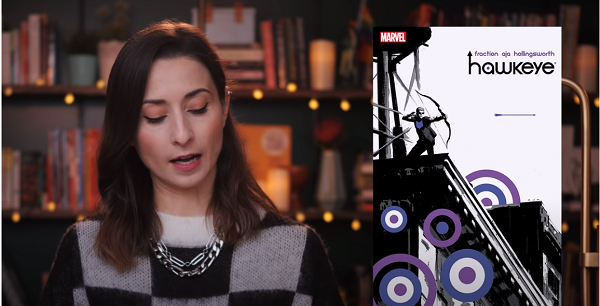 This is interesting. Elsa Charretier has started doing deep comic craft dives over on Youtube. Here she is taking apart a bit of Aja’s panelling choices in Hawkeye. This is one of my favourite storytellers talking about storytelling and I can’t wait to see more.

It’s been a couple of weeks, and I’ve been busy in a low level just-getting-on-with-it way. Also, pretty huge stuff has been happening which I’m successfully not thinking about. Like, I got some incredibly good news last week, but in terms of actually impact on my emotional state, managing to get google sheets to automatically fill in the equipment when you select a class class hit me harder. I suspect this is because I haven’t got the emotional reserves to indulge in hope right now, while the perfect automation of google sheets is undeniable and real. Big things aside, last week was as classical example of my workflow as I can remember. I started a script on Monday, not being entirely sure of its nature. By Thursday, I have written the script. On Friday, I polish it up and hand it in, an object I’m actually pretty pleased with. I’m normally working with a bunch more outline stuff, so the “Monday = Blank Page & Handful Of Ideas In Head, Friday = World On Paper” is relatively rare now. When it works, it’s a real high.

This week I’ve decided to go entirely the other way, and attack other problems that exist entirely outside of a classic script-a-week. I was working on DIE RPG in my time off at the weekend, and decided to push on into this week to get a campaign playtest pack finished to pass to a few people for a closed Beta. I’ve asked some folks, and C is implementing the stuff into the character sheets, so ideally will be off before Friday. A Kickstarter this year is looking more likely, I suspect.

Other stuff to do this week? DIE 16 is off to press, and DIE 17 is in, so I’m going to do a pass on the lettering, likely this afternoon. I also want to start on the back matter essay, where we finally get to Nordic LARP – I should drop a line to see if two other folk want to do interviews as well. I’ve got more ideas for people to profile than I have space, so hopefully I should be fine.

I was briefly in the river in London. I haven’t actually been there for about a year, so I took a photo.

You just read issue #184 of Kieron Gillen's Wordmail. You can also browse the full archives of this newsletter.