186: Hello, my name is John Ronald Reuel Tolkien and these are my maps 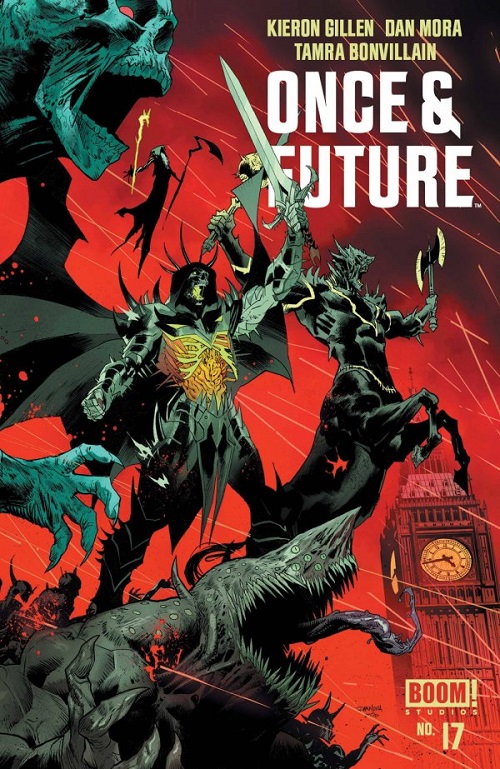 Once & Future 17 is the penultimate episode of the third arc, which is where we step past some of the quieter tension of the earlier parts and go into the full blockbuster mode. There was also a page in my synopsis which was called “Explain the plot” which should be helpful, I’m sure. As is traditional for penultimate issues, this will be followed by the final issue of the arc, where things continue to accelerate and we burst into a huge new status quo before a brief break.

As I’ve said before, I almost feel ashamed that I enjoy doing Once & Future as much as I do. It shouldn’t be this much fun. 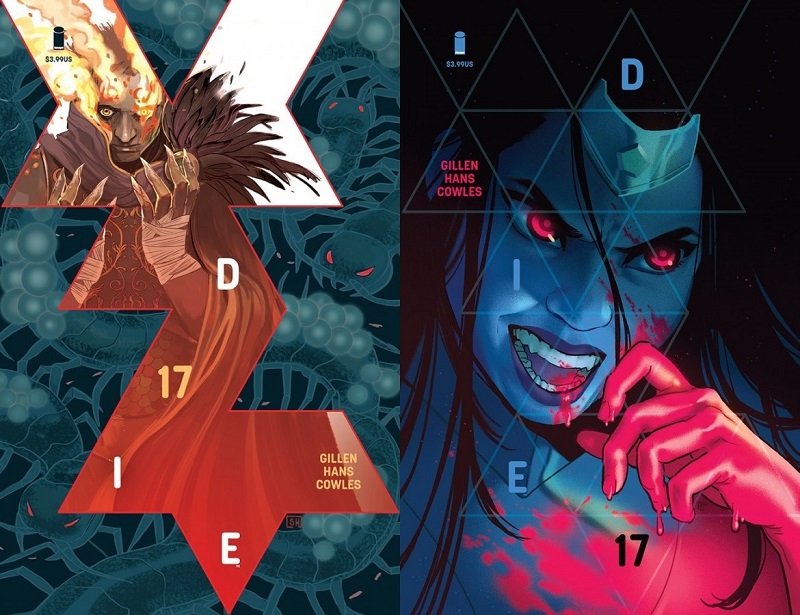 The Image solicits for May are out, including DIE 17.

Guest cover is by the ever-amazing Paulina Ganucheau who is bringing murderous energy to it, while Stephanie’s cover reveals the winner of the “design a DIE character” competition. Who is it? Well, we’ll reveal names and details later. At the moment, the DIE RPG Discord is debating what class it could be. Dictator is leading, but are they right? Who can tell?

Me, Stephanie, Chrissy or the winner, obv.

Speak to your retailer if you want the issue, also obv. 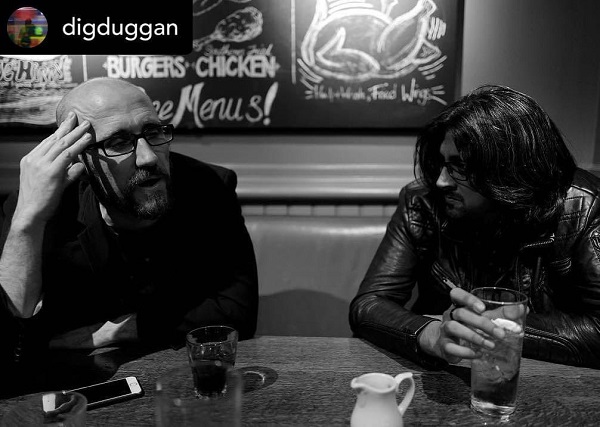 Ram V just posted this image Gerry Duggan took of us in the pub, just before lookdown. We are absolutely doing our best Writer cosplay.

There’s a big sale of my Marvel work over at Comixology right now. If you want to read any of my (eek) 13 years of work over there, go nose. You too can own that Batroc the Leaper issue I did, cheap.

I mean literally right now, btw. Like, it’s over today. As in, for GMT, in an hour. Just go! Fly, you fools.

Hmm. A somewhat basic newsletter to start off here, but as you can see by various stories around in the day, a lot has been nibbled away this week. Some in a good way, some in a bad. Getting the website finally sorted out is a screaming from a mountain sort of victory. Carving out time to move lists is less ideal.

Last time we talked, I was trying to finish off a project. That took a detour last week, as I decided to break down some ideas for a new project I needed to actually present to folks. Once again, the “I don’t think I have anything I can share” transmuted to “Hello, my name is John Ronald Reuel Tolkien and these are my maps” in about three hours. No scripts got written, but the stuff that got pulled together basically gives me clarity. I know what I’m doing. The anxiety of not having a plan of engagement is hell, for me.

Plotting is the least favourite part of my job, but also the bit which gives the biggest reward. When you get roughs from an artist is the magical moment in creation, as that’s the moment when you can see whether the comic is going to work or not. The reader couldn’t, but as you know what these shapes mean and what they’ll convey when they’re completed, you can see the full thing, and know. Plotting is a little like that. I conceive of the roughest of narrative shapes, know what they’ll look like when they’re fully rendered, and know the effect it’ll have. This is true even with the most sparse plotting, and a leap of faith born of experience – as in, you can write “fight scene where X realises Y” and know that when you write it your creativity will find a way to make that land, and fulfil the necessary emotional purpose.

Often you get those big tent-pole moments holding the whole structure up, but not always, and not all of them. It’s also the point when an idea becomes something more. This morning I scribbled down the structure for something new, and was aware that something that was previously just a good idea was now an actual story. That’s magic. I also managed to wrap up the first draft on a very old project today, which is a strange one. I finally set a scene at a certain statue in London which I’ve been trying to do with for the best part of a decade.

That’s enough for this week. More soon – I want to do a catch up on various bits of media I’ve been adoring, as well as a little about DIE RPG stuff which is coming towards another (closed) Beta threshold. I’m doing a lot, basically, and while it’s not as much as I want to, it’s still a lot, and I have to be okay with that.

Now, let’s see how this actually looks like when it sends. Speak soon.

You just read issue #183 of Kieron Gillen's Wordmail. You can also browse the full archives of this newsletter.