112: one of those classic existential ooohhhh noooooos 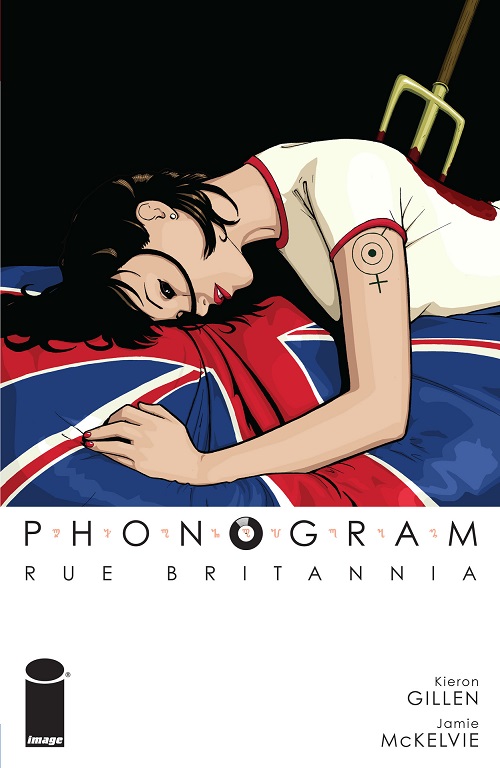 There’s a new edition of Phonogram: Rue Britannia out, this time in colour. It does make me smile that our book about nostalgia culture’s intersection with personal memory is now in what amounts to a 15-year-anniversary remastered LP edition.

When we did The Complete Phonogram Hardcover, we decided it’d be a good time to apply Matt Wilson’s magic to the first volume. The idea was to bring it in line with the other volumes, while also keeping its own character. Rue Britannia was meant to feel like the British Music Papers, and comic-mags like Deadline, and was in conversation with most 90s music and 90s comics. Matt did something which is restrained and pulls back when we need the Inverted Wizard Of Oz to land, and we love it.

The Complete Phonogram is now out of print, and there’s no plans to bring it back. I’ll likely write about the economics of hardcovers when the DIE HC is solicited. The short version is: unless there’s a lot of built up demand to match the original print run, it’s likely not worth it economically.

We sold through the latest print-run of Rue Britannia, and realised it was an ideal time to switch over to the colour format.

Here’s some of Matt’s pages of it… 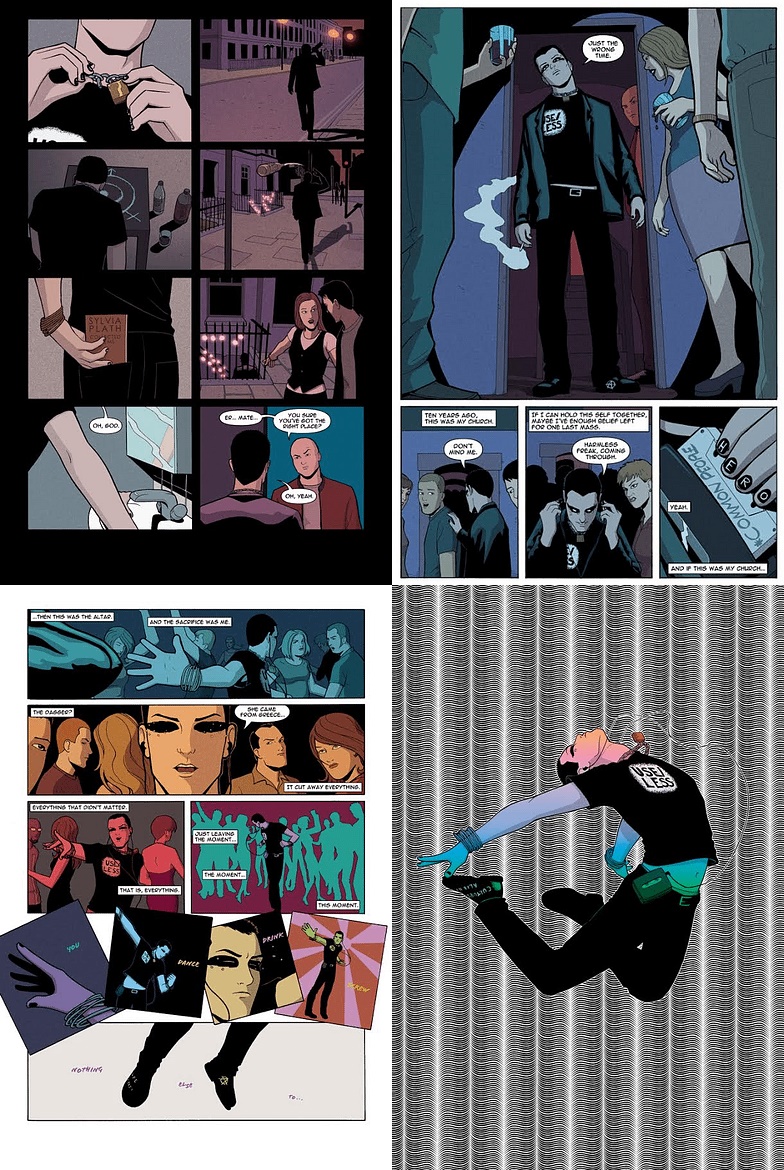 Rue Britannia is Jamie and my first big work together. I usually describe it as the raw garage first album, all austere and low budget. Even with the remix, it remains that, and I always recommend folk to start at The Singles Club and then go back if they wanna. Still: for all the elements Jamie and I would do differently if we did it today, I can look back at the distance at Rue and be aware that it really was two creators going for it. I always said if I only got to do one comic, I’d be fine with it being this one. That was true then, and remains true today. It’s a big, weird, burst of our brains, and if you’re interested in seeing where we came from, it’s a historical document. AIPT did a modern review of it.

Time, she is unrelenting.

It’s available from all comic shops. 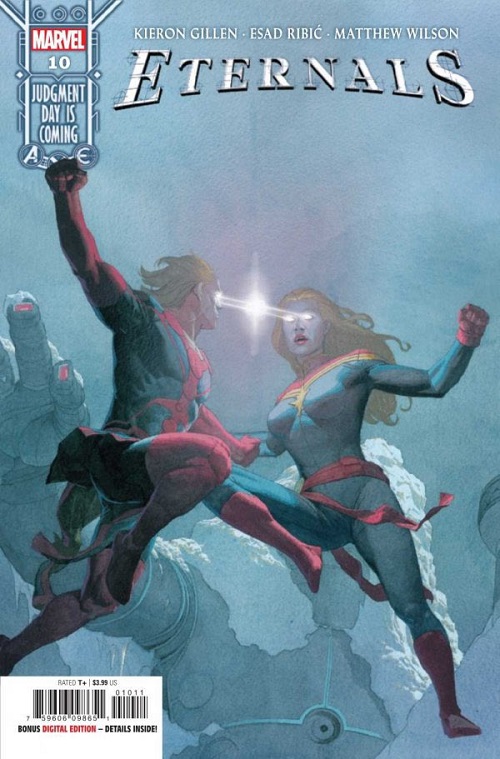 Out this week is Eternals 10! Esad, Matt, Clayton and I back with an infiltration into Avengers mountain, and our narrative roads start heading towards Judgment Day. I think this issue is quite fun – after the absolutely bleakness of the last one, this has a certain caper vibe, which I always enjoy. I also get a chance to write Namor again, which I grab with both hands, though even I was surprised to see what happened so quickly when I put him and Sersi in the same room. Preview here.

One note: due to Eternals: The Heretic being delayed until next week, a small beat in that issue is spoiled in this one. If you want the intact reading order, wait a week and then read The Heretic and then this. However, if you don’t, it’s not the end of the world, and while you’ll know an element of The Heretic before you read it, I think the story should still land hard for folks. 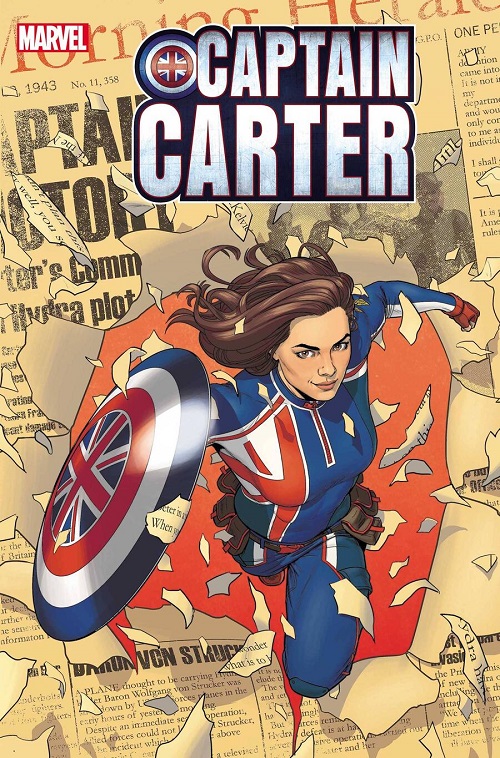 Not by me, but I want to mention Jamie McKelvie writing a a new series for the first time since Suburban Glamour (the comic he did between the first two Phonograms). I expected it to be about Carter the Unstoppable Sex Machine, but it seems it’s not related to 90s pop at all. It’s about the alternate universe where Peggy Carter got the super-solider-serum instead of Steve Rogers.

If you saw the short Jamie wrote with Captain Marvel, you’ll see the touches here. He’s committing to having an actual emotional weight to the characters and the story, and it’s there he spends his efforts – to give it a solidity and heft. You can also see Jamie unpacking the nature of Flag Heroes in Britain, and the ghosts of Empire. It’s the sort of issue impresses me in how much faith he has in the readers to be treated as grown ups, and it’s just great to see him writing again, after me diverting him for over a decade. You can read the preview here.

Get ‘em all from comic shops or digitally.

The DIE crowdfunding campaign is getting closer, and we’re starting to inch into Actual Marketing For It. Which means that we get to start showing stuff off. 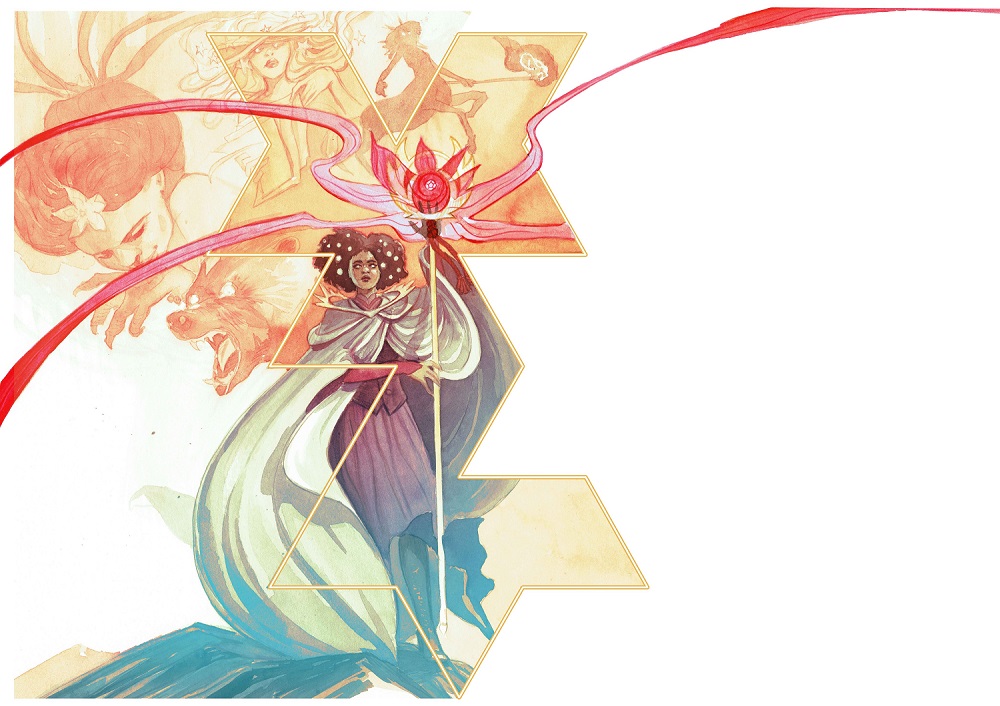 This is the Godbinder’s chapter heading, showing our new Godbinder character. There’s this thing in RPGs where you have Iconic characters. As in, you create a set of example characters to use throughout the art in the manual. We did that for DIE, creating six characters who Stephanie will use in the manual (along with a lot of other art, obviously).

I figured we could be a bit more (literally) playful than writing them up. Instead, I ran a first session of DIE for Rook Rowan & Decard, Stephanie and a ringer, and used the characters we made up there as the basis for he iconics. In a literal way, this is exactly the sort of character you can cook up if you sit down to play. We tweak what was generated a little, but the core is absolutely what the game gave us. This one is Grant’s character – who, quoting him – is “a Godbinder, who may or may not have an ongoing deal with the Goddess of Light played by Ellie Goulding.” You’ll learn more about her and her friends as we progress.

If you want to be notified as soon as it launches, sign up here.. If you’re wondering where the Crowdfunder will be… well, it’s not certain yet, but RRD have been thinking about it. They just ran ORC BORG and published an extensive document about the pros and cons of various solutions, and why they ended up on KS. I think it’s one of the best overviews of where we are, and really worth reading.. 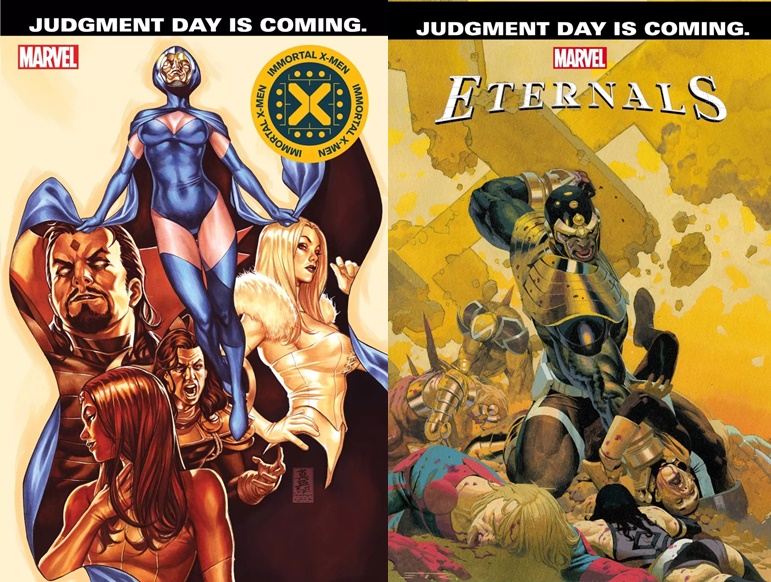 ETERNALS #12 KIERON GILLEN (W) • ESAD RIBIC (A/C) • Thanos makes his final moves to destroy our world. • Can the Eternals settle their differences with the Avengers in time to do anything about it? 32 PGS./Rated T+ …$3.99

I talked to William at Avatar at the start of the year, to check in on the plans going forward. Basically, they’re concentrating on things other than new publication this year – Avatar are a small company, and there’s a whole lot of things they do which demands time.

I understand frustration. Uber is Avatar’s property, so all this is outside my control. I’m still committed to the last four issues, whenever their schedule allows. There are plans of how it will happen, so I’m optimistic it will be published eventually. I just don’t know when.

Fingers crossed for better news in 2023.

It’s been about a month since I’ve written. On a world stage, it’s been hell. The contrast between the eggshell of nursing a newborn and the sturm and drang of the real world is a lot. I’ll admit: the intensity of the attention required has been stablising for me. Sure, I’ve been doomscrolling a little… but normally I’d be doomscrolling a lot. There’s a limit to what I can do about a lot of this. The immediate problem of the operatic poop fountain Iris has summoned is something I can act upon. Thinking globally, act locally. This applies to cleaning up poop too.

I managed to basically write myself a clear month off work, and the last two weeks have been on something that is almost half time. It’s not quite that – some days have been busier than others, and some have been just child care – but it’s easing back towards whatever life looks like now. Life looks more concentrated – one large project I was working on ended up not going forward in the last month, and I was actually quietly relieved. If it had gone ahead, it’d have been a whole other set of demands on my time – and I’d rather spend my time on what I’m doing now.

This all churns stuff up. If I had more time, I’d write about remembering my own earliest improvised performance storytelling at primary school, but it can wait.

Big Script Work Done? Polished an AXE script I’d written before Iris arrived (which required a fairly serious re-sequence – another topic I want to download about). I also wrote from scratch a new Once & Future and Eternals issue. I’m now in a lacuna, where I have enough time to choose my next target – I think it’ll be some detailing in the back end of AXE, and perhaps the other two parts of the series I’m doing for the Image anthology. The artist is starting work on that this week, and with 8 page stories, he’ll be through it fairly quickly.

I am busy, at every level, but I also look at myself askance: I had an idea for a one-page RPG, which I squeezed into a half hour. I’ve sort of quietly rebooted an old project with a new wrapper. And… well, I’m aware that I’m the sort of person who, if I’m doing a lot, will want to do some more. If you can’t get any rest, a change is as good as one.

You just read issue #212 of Kieron Gillen's Wordmail. You can also browse the full archives of this newsletter.