Zoon's Daniel Monkman: I’ve got to put slide on this record...It really gives the feels

The guitarist often surfs atop an enormous, undulating riptide of reversed reverb, this backmasked beauty surging through pieces like “Light Prism” or the record’s title track. Though Monkman’s knack for sigh-worthy shoegaze hooks is undeniable, his pedalboarding likewise plunges the album into more experimental territory.

“I would just randomly record a riff, not even to a tempo, and then I would add a bunch of leads on top of it—really cheesy, long lead parts,” Monkman explains of blissfully twisted Bleached Wavves moments like its introductory “Clouded Formation,” a reversed recording which Monkman adds may or may not appear in unaltered form on his next Zoon LP.

Shortlisted for this year’s Polaris Music Prize, Bleached Wavves is a rewarding listen full of nuanced hooks and deceptively minimal arranging. Speaking with Gut Feeling, Monkman dished on his gear specs, his love of Delta blues, and the beat-up acoustic that serves as the bedrock of his Bleached Wavves.

Bleached Wavves is a massively lush and textural album, but the gear list is pretty minimal, right? What all did you put to use through the sessions?

Daniel Monkman: I had a Fender Deville, a combo amp that had a busted speaker. It sounded really bad; if you were to play a chord in standard E it would sound like shit, but I use a lot of open tunings on Bleached Wavves. One specific one I used was this really Open G—it’s not the traditional open G tuning—and for whatever reason, it sounded really nice through this amp. The songs that are in that tuning are “Brokenhead,” “Help Me Understand,” and a couple of instrumental tracks. I didn’t use any distortion, except for the built-in overdrive channel on the amp itself.

I used to have 40 different pedals, but all my equipment got stolen in 2016. It’s not like I chose not to use pedals, I was just broke when I was making Bleached Wavves. The only equipment I had was the amp that was given to me for really cheap, a guitar that I bought for cheap, and one digital delay pedal by Behringer that had a really cool reversed reverb feature on it. It isn’t like any other reversed reverb delay that I’d ever used; it’s quite experimental. As soon as I clicked it on, it was like, “Oh, crap…I love this so much!”

If you really listen to the music on the album, I didn’t really use too many effects. It was all about tone and maybe some layered guitars.

With that Behringer pedal in mind, there’s some lead work on “Light Prism” that really puts that reversed reverb to good use....

Yes, on that instrumental break where a chorus would traditionally go. I just took some guitar tracks that I did with a slide guitar. I love using slide on dreamy music, over really nice chords.

I was going to put a chorus in the song, but then I was like, “I’m just going to create some kind of melody with experimental sounds.” It might’ve been slide from a different track, just cut up, reversed, and put in places at random. It only took about 10 minutes.

Since you brought it up, how did you develop your slide technique?

When I was younger, my dad came to my house on one of my birthdays [with] a metal slide and a DVD about Robert Johnson—I was really into Delta blues in my teenage life. I liked the way the Delta blues players would use slide, but I never felt comfortable doing that myself.

As a teen, I had a little two-track recorder. I’d record acoustic guitar and then add a reverbed-out slide overtop of it. I stepped away for music for ten years, but after coming back to it, it was always in my mind, like, “I’ve got to put slide on this record, because it’s so emotional.” It really gives the feels. 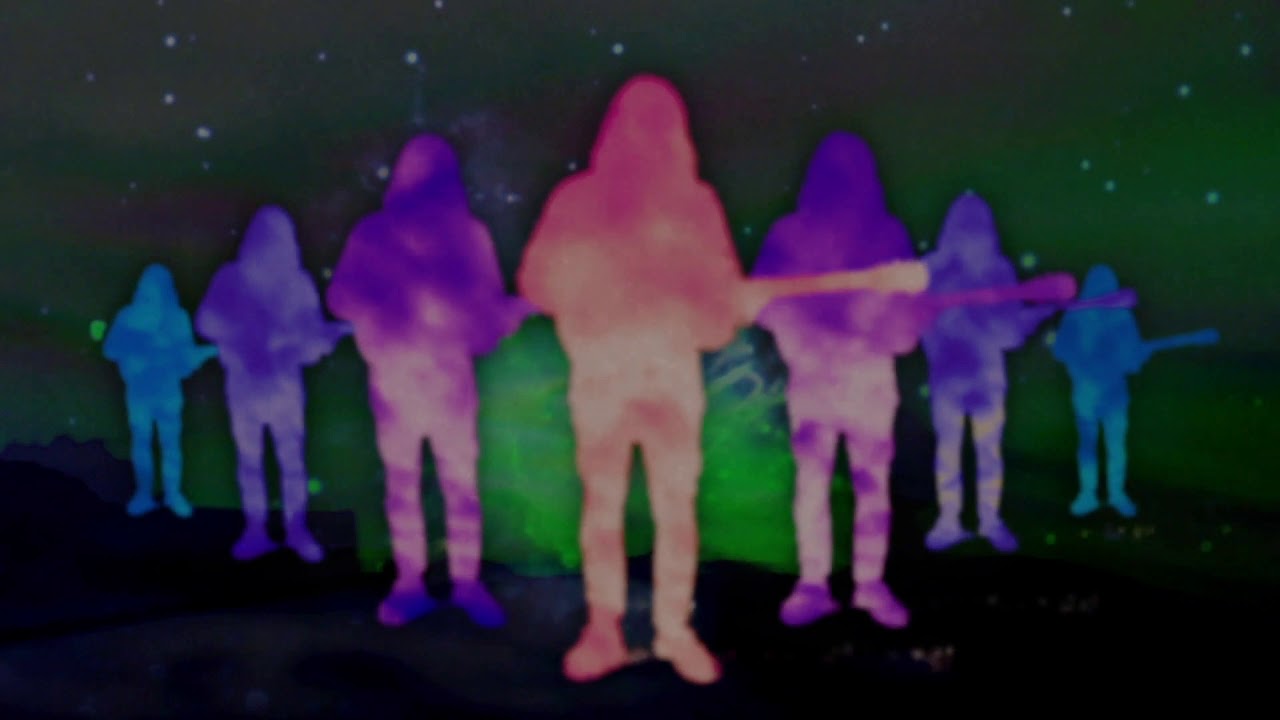 Being that Bleached Wavves was recorded a few years ago—initially released as an EP in 2018 under the name Bloom— how has your gear list changed since then? Are you trying to stick close to what was used on the album?

It’s changed a lot. I was able to upgrade my whole entire set up. Now I have a home studio with all kinds of little instruments, and a bigger computer. The tracks that I can put on that are endless, but that can be limiting [creatively]. I feel like when you’re forced to work with eight tracks, you get very creative. Everything has to mean something, whereas now that I have 100 tracks, I’m adding all these little things. It’s kind of like fast fashion, or something, just putting whatever [on the song] and not really feeling sentimental about everything you do.

Working on Bleached Wavves, though, everything that I put into those eight tracks was like, “This is perfect. This brings so much to the other seven tracks.”

What guitars are you playing at the moment?

I only use a Squier Jaguar, a Squier Mustang, and a Kalamazoo acoustic guitar, which is on all of Bleached Wavves.

How did you come across that vintage acoustic?

So I’m originally from Manitoba. My mom tried her hand at flipping houses—buying property, fixing it up, and trying to resell it. One of the houses she bought was this beach house in a place called Beaconia.

It wasn’t anything fancy at the time—when we went to go look at it, it was pretty run down—but behind every door in the house were these acoustic guitars. Some were busted up; some only had one string on them. One in particular looked like it had been through a fire— it had no strings; the mechanism that holds the strings [in place] was flipped off.

I just remember asking my mom, “What does this mean? Do we get to keep these?” My mom said, “Well, we can’t keep them until everything was finalized,” which would be another three months. She said that I had to leave the guitars at the house, and if we came back in three months and they’re still there, then they’re ours. So I hid all of the guitars around the house! I crawled into the crawlspace and put them in the very back. I was like, “Damn, I really want all these guitars.”

When we went back to the house [three months later,] I ran up and they were all taken, except for the one that looked like it went through a fire. I was like, “Wow, this is a really special guitar!” I restrung it, and then I researched what kind of a guitar it was.

I found out that [Kalamazoo] was Gibson’s [low-cost] guitar company, [named after] when [Orville Gibson] lived in Kalamazoo. They only made like 1400 of these guitars. Most of them are just antiques at this point, but mine is completely playable! The action is perfect, the neck is great. I use it for everything. I’m staring at it right now. It’s kind of been through everything with me.

So that’s all over Bleached Wavves?

The record starts with the acoustic, and then I build it up. If you listen close, you can hear acoustic on basically ever track—maybe not “A Perfect Sunset,” “Clouded Formation,” or “Landscapes.” Everything else has acoustic on it.

You’ve teased before that there’s a second Zoon album in the works. Where are you at with that at the moment?

It’s all done. I’m actually working on my third album. There’s been a lot of time between Bleached Wavves and now, almost four years. I’ve accumulated over 100 songs, so now it’s just time to go through each track or file folder, and find what I like the most. A lot of newer songs, too, but most of it I’ve been holding onto.

That was something that Paper Bag really liked about signing me—I have a ton of music that I’m sitting on. 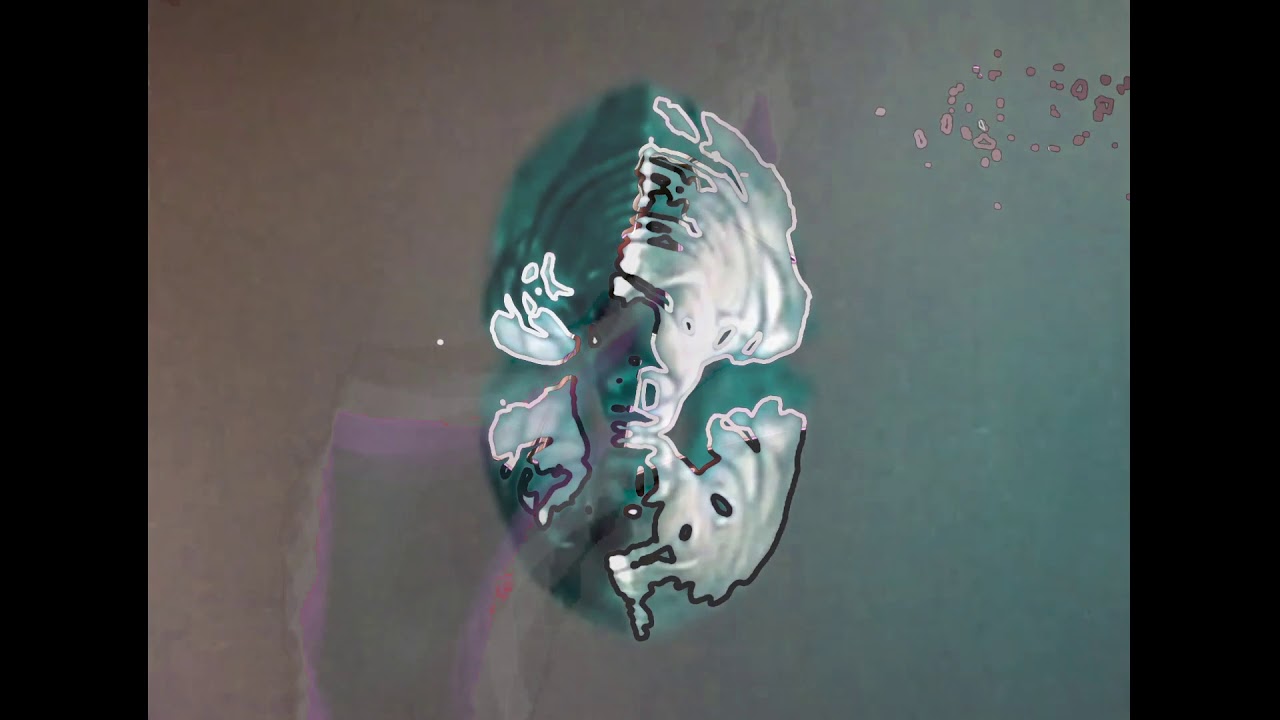 You just read issue #43 of Gut Feeling. You can also browse the full archives of this newsletter.