While Bratboy singer-guitarist Bella Bébê describes the band's new "Dream Rope" single as "a pop song about...bondage," it's fair to say that the Vancouver trio's forthcoming debut album has been strung up by other means. Membership swaps, a name change, and a global pandemic have all contributed to the delay, but over two years after tracking the as-yet-untitled release at Gabriola Island, BC's The Noise Floor Recording Studio, the band are finally rounding the corner on an official release.

Though the record arrives sometime in 2022, there have been a pair of recent previews. "Blue Eyes" mixes its grunge-punk parabola of an intro riff with a hook-heavy chorus; "Dream Rope" entwines Bella and bassist Megan Magdelena's vocal harmonies before the guitarist waggles out a series of swagger-heavy hammer-ons in her guitar solo. Both songs from the band's 2019 7-inch have also been re-recorded with their current bpm-pushing percussionist, Tony Dallas.

Speaking with Gut Feeling, Bella and Tony got into evolving guitar tones, un-Googleable band names, and what to expect from the upcoming Bratboy album.

You’d announced the switch from BB to Bratboy over a year ago, but considering that you’ve just begun formally releasing music as Bratboy, can you get into what brought on the name change?

Bella Bebe: You just can’t Google BB. You can’t find us anywhere. Even just trying to upload the music to platforms was really tricky, so we decided we should just figure out a better name. Meg and I sat around and tried to come up with a bunch of band names with “BB“ in it, and we landed on this.

Were there any runner-ups?

BB: I have the list somewhere, it’s like 50 band names. There were a couple of other good ones, and I think they both included the word “brat.”

You’d announced quite some time ago that you were recording an album with Jordan Koop at the Noise Floor. What was it like making the record over there?

BB: I think Jordan Koop is amazing at making great-sounding rock records. He’s recorded some of our friends, and those have been albums that we listen to all the time—like Orville Peck and Dead Soft. It felt like the right choice to make.

We’d recorded in Oakland before [for the X 7-inch]. We also recorded a few of the songs [that are on the album] with some friends in Portland, but [those recordings] just didn’t sit right. I felt like we would been in good hands with Jordan. Right around that time was when we started playing with Tony…

Tony Dallas: I’d come in pretty much a few months before we went into the studio [at the end of 2019]. I brought my two cents in and helped arrange certain parts that I could compliment with my drumming, to add more dynamics, but Bella and Meg are great songwriters.

So Bratboy had been playing for a while before Tony had joined. A lot of the imagery associated with the band had, up until recently, revolved around Bella and Meg, this twinned presence—I’m thinking the t-shirt design with the two of you in matching black metal corpse paint, or pretty much any Instagram post over the past few years. Tony, was it intimidating at all to walk into that strong of a bond and dynamic?

TD: No, I’d been friends with Bella and Meg for years. Even before I was playing with them, I was going to their shows— I’ve pretty much seen the band from its beginning. In the back of my head I was thinking, "If I ever got a chance to play with them, I’d do it justice.” So here I am!

Bella, if those earlier recording sessions hadn’t quite hit what you were after, how did you want to approach a song like “Blue Eyes” differently, from a tonal perspective?

BB: A big part of why I wasn’t super happy with some of the [older] recordings is that I’ve been growing. I’ve played around with pedals for a while now, especially with these songs [since] we’ve been playing them for a couple of years. I used to play with the Zvex Fuzzolo pedal, and there was another of theirs I had as well, a bass booster. [The Fuzzolo] is a pretty wild pedal, but I hit a point with it where I was like, “I’m not too sure where I want to go with this anymore.”

I’m the guitar player of the band, so I have to do a lot to fill up the sound. I’ve always played with a space echo. I have a MXR Carbon Copy that I use on two of the songs, and I have a RAT for an overdrive. I also have the Electro-Harmonix LPB-1 for when I do solos. 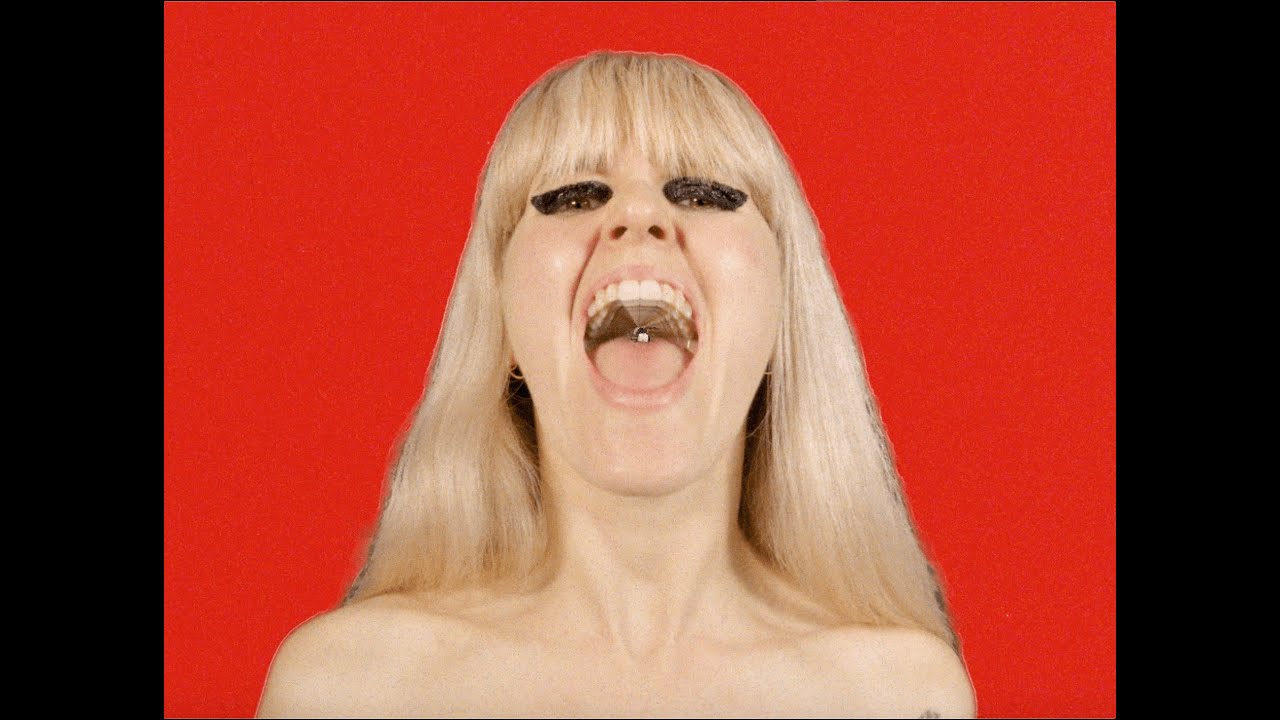 Are there many solos on the album?

BB: There are a few leads, here and there. I think “Dream Rope” has the most classic sounding solo near the end of the song, [especially] with the length of it.

What’s the story behind “Dream Rope”?

Both songs from your first 7-inch have been re-recorded for the album. What did you want to bring out of these songs this time around that you arguably hadn’t before? On “Nu Blue,” I think there’s an octaver or a harmonizer added to the intro riff this time around…

BB: Oh nice, you noticed that? These things happen when you’re in the studio, right? You want to make it sound the best that it can. [And with the re-recorded songs] we wanted to show off Tony’s drumming, because he’s incredible. He brings so much to the table; there’s no one like Tony.

On that point, then, how were the sessions for you, Tony?

TD: I was familiar with all the songs because I had demo recordings of the songs that they hadn’t released [publicly]. And I knew the songs just from going to the shows. I felt like I was prepared, it was just figuring out how to be tasteful.

BB: We recorded it all in three days. It was quite a whirlwind but we got it done, which was great. But when COVID hit, it freaked us out— I’m sure as with everyone else in the world. Like, "where do we go from here?” There have been moments where I was like, “I just want to get it out,” but we wanted to make sure we were all safe [before promoting the record]. Now that people are getting vaxxed, it’s a bit more chilled out. It’s been a weird year, though.

If the sessions had been pretty whirlwind at the Noise Floor, was there much in the way of gear experimentation while you were there?

BB: It’s just guitar, bass, drums, and vocals. I play piano, too, but we didn’t have too much time, and I’m not too sure I even wanted to add that to this record. Maybe in the future, though. This is a short and sweet, 30-minute record. I definitely wanted to dial in the guitar tones, though, so we kind of played around with that to get a thicker sound.

Was it a solid amp set-up the whole way through?

BB: I have a [Fender] Vibrolux, I think that’s all we used. I also think we used an SVT for Meg’s bass to get that really big sound. You play Ludwigs, right Tony?

TD: I brought out the Pearls for this one.

BB: There was a lot of cool gear at the Noise Floor, but we had such a limited amount of time there. We did all the tracking in two days, and all the vocals on the third day. We really made good use of our time.

The visuals in “Blue Eyes” video are fun, but striking— like that one wild scene where everyone's shooting out of your mouth, Bella. Who’s the guest star in the video, though? There’s a little dog in there...

BB: That’s Meg’s dog. His name is Iggy—after Iggy Pop, of course. He just had his first birthday. He’s the cutest little guy.

Do you think people are ready to enter Bratworld? 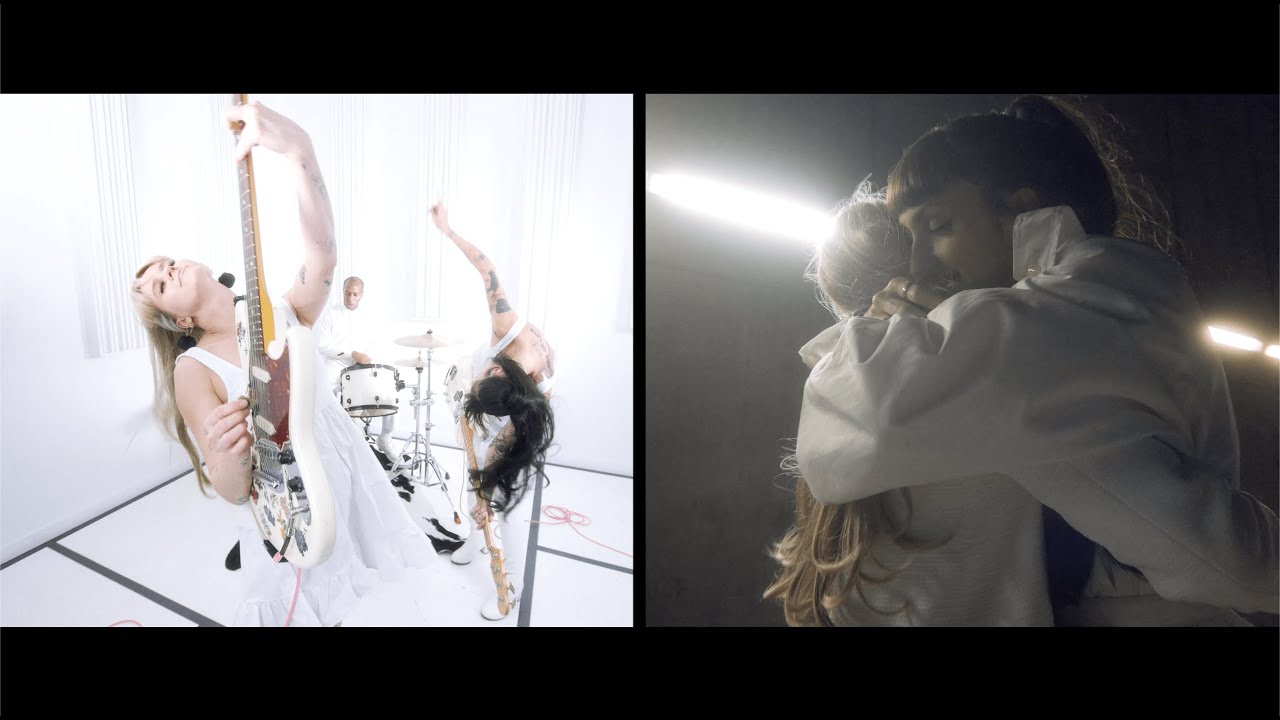 You just read issue #59 of Gut Feeling. You can also browse the full archives of this newsletter.