I must admit, that mini-guide to Global Symphonic from a few weeks back has still got me nostalgic for some turn-of-the-century Vancouver punk rock, which got me thinking about another of the label's bands: S.T.R.E.E.T.S.

S.T.R.E.E.T.S. (or, more formally, Skateboarding Totally Rules Everything Else Totally Sucks) were a full-on adrenaline rush—successors to early '80s skate culture punk crews like J.F.A., while also bombing through something like a hyper-speed, War and Pain-period Voivod thrash influence. Their name was no joke either, with the quartet of Arjan Miranda (guitar, vocals), James Farwell (guitar, vocals), Mike Payette (bass), and Cory Gagnes (drums) McTwisting their way through countless skate-centric anthems like "Too Fast to Powerslide," "Freebird to Revert," and eternal rally-cry "Come On Everybody Grab Your Skate Let's Go."

This is an interview that took place December 14, 2002, at Pat's Pub in Vancouver, shortly after they'd tracked their second album (and first for Global Symphonic), BoBoGnarGnar. S.T.R.E.E.T.S. played alongside the Organ, but according to my notes A Luna Red dropped off the bill that night. The piece was written during a practicum I'd been on with long-gone Vancouver magazine The Nerve, who had also hosted the show as part of their Festival of Guns, which they'd billed as "Vancouver's New Outlaw Rock 'n' Roll Festival." Fun!

As a bit of an update: Arjan currently plays bass in Black Mountain and also scores film projects; James is the longtime vocalist-guitarist of Vancouver metal crushers Bison; Mike just put out an album as part of Good As Gone.

Sit back and enjoy this lightly re-edited rewind...or get rad and kickflip a curb while scrolling on your phone. All good, either way!

So the band is all about skating and punk rock—what else is there, really?

Cory Gagnes: You’ve got to eat sometimes, which is unfortunate because that’s expensive.

JF: And you have to try and live freely, and try to take advantage of everything you can in life.

CG: Punk rock and skateboarding are just factions of a lifestyle. Basically, if you’re into either one of those things, there is a culture behind it. It definitely forms a mindset, and a way of thinking.

JF: …which is all about freedom.

CG: It’s just about doing what you want and not being conventional. Those two things aren’t really anything on their own [specifically], but it’s what those two things [can] do to a person.

Streets (Vancouver, BC Canada)Let’s Get Rad, by S.T.R.E.E.T.S. (Skateboarding Totally Rules, Everything Else Totally Sucks)

Of the two, which came first for you: skating or punk rock?

C: For me, it was skateboarding. I just started skateboarding, and that’s what introduced me to punk rock when I was in junior high school. I’d probably be working in a warehouse in the suburbs had it not been for skateboarding. It pretty much saved my life.

The two were very intertwined back in the day, but are punk rock and skateboarding still as important to each other today?

CG: It depends on what kind of a skateboarder you are. There are skateboarders that are little kids that just got into it within the last couple of years from watching television and playing Tony Hawk Pro Skater, and there are people who have been around forever. Even if they’re not super into punk rock now, it’s definitely been in there—like, in the early ‘80s skating and punk were hand-in-hand.

Mike Payette: The Bad Boy Club revolution sparked it all. Cory was sponsored by BBC…

JF: It’s a matter of whether you want to be pro, or if you just want to fuckin’ flow…

CG: I didn’t think that skateboarders were into punk rock anymore, but we’ve got so many friends that are wicked skateboarders and they listen to all kinds of music. At the same time, punk rock still grabs them.

JF: It’s the intensity—the anti-authority, ‘do your own thing’ element that is in skateboarding, too.

CG: I don’t even listen to much punk rock anymore, but it’s always going to be part of my personality.

JF: What was the name of the band we were listening to?

Does it ever seem confining to always have to write about skateboarding?

CG: Not all of our songs are about skateboarding...

MP: I agree with Greg, though. It’s kind of a thing where our name is S.T.R.E.E.T.S., we can never live it down that we’re a skate rock band. I feel confined in that aspect. I always feel that there’s going to be people out there that think we’re a joke band and ridiculously die-hard into skateboarding. I mean, we do love skate culture but the lyrical content is more about life nowadays.

CG: At the same time, we all skateboard and our friends are skateboarders. It’s part of our lifestyle. Not every song is about skateboarding, but with everything we do, skateboards fit in somehow. Everyone we hang out with has that in common, so even if it’s just a song about a party where everyone is drinking, everyone still has their skateboard with them, and we have a stupid curb session while we’re wasted at three in the morning. Even if we start writing songs that have nothing to do with skateboarding, there’s always going to be skate in the heart [laughs].

Your next record is going to be put out by Global Symphonic. Is there anything in particular we need to know about the album?

MP: There’s kind of a theme.

JF: It’s a lot different than the last album.

CG: There are two guitar players on this album, which is different than the first album. There’s wankier guitar stuff.

MP: Lyrically, it’s based on the Georgia Street House, which you’re very well aware of.

For those who don’t know, what was the Georgia Street House?

MP: I’m sure everyone has had one of these in their hometown: a punk house with a halfpipe in the backyard; a jam space in the basement; a print shop. We put on shows there all the time. Eventually we got evicted, and we had a crazy [last] party there with all of our friends—we had launch ramps in the living room. Then the cops came and basically beat up 200 people. It’s kind of an anti-authority album.

CG: Not only that, but Georgia Street was a house where we all hung out; it’s where S.T.R.E.E.T.S. formed. We all live in different houses now, and we don’t really have a hangout space like that anymore. It’s always going to be legendary in our minds, in a way, because of what it [meant] to us at the time. It’s always going to be this punk house that will be romanticized by us, forever.

MP: We’re paying for a jam space now. I think that’s had an effect on us, because we’re taking things a little more seriously—that’s not necessarily a good thing or a bad thing.

CG: Even though it was just a year ago, those were our salad days [laughs].

AM: But S.T.R.E.E.T.S. is eternally a party-and-basement show. That’s everything that S.T.R.E.E.T.S. represents right there: all of our friends in our basement at Georgia Street.

Random drunk show-goer: Can I say something? S.T.R.E.E.T.S., that’s what’s happening! You don’t even know, son. S.T.R.E.E.T.S. have been waitin’ mad long, and the shit is comin’ off backside boneless, or whatever. S.T.R.E.E.T.S. is like “talk to your face”…You know what I’m sayin’?

JF: I agree with him [laughs]. That’s all that really has to go to print. 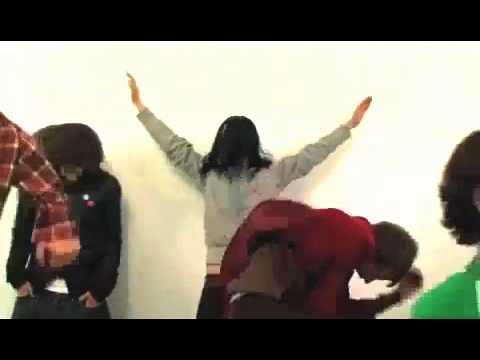 You just read issue #56 of Gut Feeling. You can also browse the full archives of this newsletter.