Said the Whale's Tyler Bancroft: "Finding a guitar tone that feels good is the hardest part of recording music" 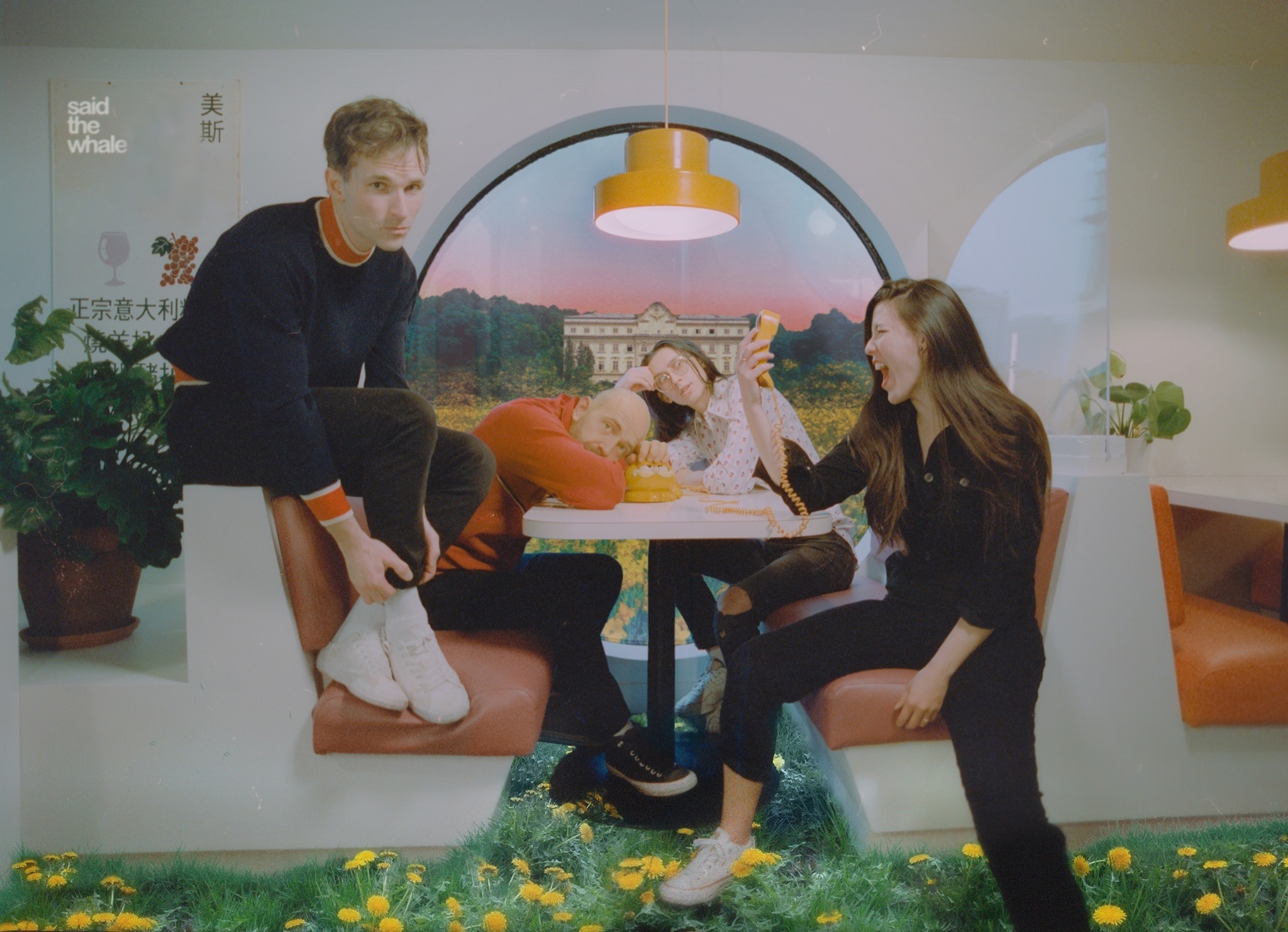 Earlier this spring, Vancouver indie-pop veterans Said the Whale teased their still-in-the-works seventh full-length album with the resplendent “Everything She Touches Is Gold To Me,” a pitch-perfect, plaid-and-paisley whirl of Pacific Northwest psychedelia. Led by the band’s patented multi-part vocal harmonies, it all goes down rather smooth, though the guitarwork took some creative finessing to get there.

Specifically, guitarist/vocalist Tyler Bancroft only hit the tone zone with his vintage Harmony Stratotone after bandmate Ben Worcester helped cut back the instrument’s curmudgeonly crackling sound by getting down on his knees and holding Tyler’s patch chord firmly in place during a take. Awkward, sure, but Ben’s added handiwork got the job done.

Speaking with Gut Feeling, Tyler got into making Said the Whale’s latest with producer Steve Bays (Hot Hot Heat, Mounties, Left Field Messiah), the Bancroft family’s intergenerational appreciation for Sears catalogue guitars, and whether or not the band’s newest member will bring scintillating six-string acrobatics to these newest songs.

You recently posted about heading back into Steve Bays’ Tugboat Pl. Studios to put the finishing touches on your seventh album, though you’ve also previewed the record through this spring’s “Honey Lungs” and “Everything She Touches Is Gold To Me” singles. All told, how long have you been working on this album with Steve?

Tyler Bancroft: It’s been over a year. We started in February of 2020, right before the pandemic. We picked it up again in maybe May of that year, once people started understanding what the pandemic was. It’s just been very sporadic.

Just after releasing “Everything She Touches Is Gold To Me” in April, you posted this funny video from the studio where you’re playing guitar on the track, and Ben is crouched down, holding your cable in place to keep the electrical current grounded. First off, what’s the story behind that guitar?

T: That’s my Harmony Stratotone, I got if off Craigslist maybe four years ago.

So, my dad is a huge Harmony guy; his first guitar was a Sears catalogue acoustic guitar from the ‘50s or ‘60s. When he retired, he got back into guitar building—he takes the necks off, resets the frets. He’s a retired tugboat captain with a talent for woodworking, so he really got into getting these acoustic guitars and going onto all these Harmony messageboards. He has friends all over the world that he communicates with regularly about those guitars. As a result, I’m super into Harmony’s now. He always has 15 guitars around that I can strum. This is not one of those, but [buying it] was inspired by his love of Harmony.

It’s an old guitar—never been serviced—and it buzzes like a motherfucker. Sometimes you have to hold the jack [in place], but it has to be the person that isn’t actually playing the guitar. That’s how you stop the buzzing.

That’s kind of a cumbersome way to work in the studio. What made you want to stick with the Stratotone rather than switch to something with a more solid set of electronics?

T: Finding a guitar tone that feels good is the hardest part of recording music. What you get when you put a guitar through an amp and what you get when you pick it up with a microphone always sounds different. There are so many factors involved, so rather than switch guitars and go on a four-hour tone quest, it was more like, ‘Ben, stand there and touch the guitar,’ and everything went just fine.

What kind of a colour do you think the Harmony gives the track?

T: I love the tone of it. It’s really rich, and a little bit woody. It’s dry, almost, just because of its age. There’s a really rich, round-feeling bottom end, as well as a super sparkly high end. It’s got a full range.

Despite sticking with the Harmony, has there been any gear experimenting going on at Tugboat?

T: Sometimes yes, and sometimes no. There were a couple of songs we recorded where Steve spent hours chaining things up—delay chambers and reverb chambers going back to the board, all this shit. There had been other times where we just went straight into the computer and used an amp simulator. It was pretty much whatever the song called for.

What’s your usual live set up?

T: I am usually playing through a Fender Reverb. Actually, I just got a Fender Tone Master, which is a solid state version of the Fender Reverb. It weighs 18 pounds— a third of the weight [of the Reverb]— and the difference in sound is imperceptible.

I’m sure a purist would be like, ‘Aw man, you’ve got to have a tube amp,’ and in theory, yes, tube amps offer a warmth that can’t be replicated fully, but digital technology has come so far. Anybody that tells me that they can tell the difference between a tube amp and a solid state that’s mimicking tubes in a live stetting…there’s no way; I don’t believe it. Through a mic, and then through a PA? Come on.

This is the first Said the Whale album to feature Lincoln Hotchen on bass. Lincoln’s likewise a multi-instrumentalist, and they’ve posted a bunch of TikTok videos showing off a fluid, even silky finger-tapping guitar style. Have you found a way to incorporate any of that tapping magic into Said the Whale’s music?

T: We haven’t yet. It’s funny, Lincoln is such a positive force in the studio. He’s really creative, and he’s mellow—never gets trippy or agitated, which is a good kind of person to have around all the time. Having him there has been a positive influence.

He’s primarily been playing bass on the tunes and coming up with really creative bass lines, tickling all the lovely spots that we need tickled through the bottom end, but just two days ago he recorded a guitar part that was really interesting. He had an idea, ran upstairs and tracked it. No tapping yet, but there are still a couple of songs to go. It could happen!

What else can you say about the feel of the album so far?

T: I wouldn’t say it’s maximalist, because we actually aren’t recording layers and layers [of music], but it does sound big compared to our last record [2019’s Cascadia]. There’s been a lot of thought put into the production. It definitely has a strong focus on how things sound, which is something that we’d never really spent a lot of time on, and there a lot of sweet melodies. I’m a big melody guy, and there are some strong melodies coming out of these songs.

Is there a loose timeline for when people can expect to hear the full project?

T: We’re going to announce everything in July, but it’ll probably come out sometime in the fall. We’re approaching the finish line in the next couple of weeks. 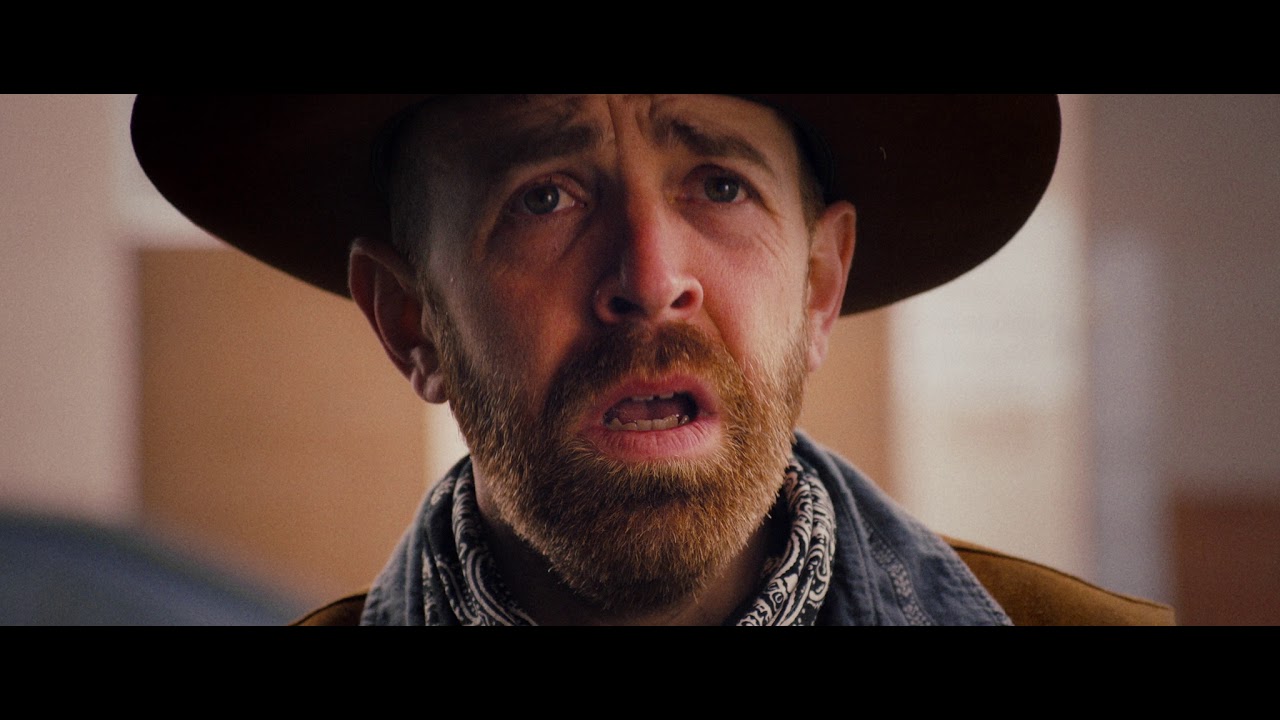 You just read issue #34 of Gut Feeling. You can also browse the full archives of this newsletter.