I recently found an old box of Memorex tapes containing interviews for a good chunk of my earliest published work, and a few unpublished oddities. One of those cassettes included a quick conversation with Sonny Kay, then the L.A.-based vocalist for Year Future.

Sonny's vocals made a big impact on me, whether it was him shrieking his cords raw above the skewed, mid '90s hardcore aesthetic of Angel Hair, or re-emerging with loads of digital delay-caked moans through the groundbreaking, keyboard-cloaked art-core of The VSS.

A couple of bands later, Year Future’s debut 12-inch — issued through Sonny's Gold Standard Laboratories imprint in 2003 — trafficked in a more acerbic, streamlined fury. Sonny's vocals on it are as lacerating as ever; guitarist Rockey Crane (also of Dead and Gone) is in full-on creep mode on songs like "All Of Your Eggs," where he works a penetrative, spring reverb skittering like a disciple of Dead Kennedy’s East Bay Ray. Bassist Sam Ott (formerly of the Fucking Angels) and drummer Jim Andersen (also of The Pattern and Talk Is Poison) held down the rhythm section at the time.

This talk took place outside of Phoenix, AZ gallery venue Modified Arts on March 13, 2004, our bands having just finished playing a show together, along with Seattle's Hint Hint and San Diego's Kill Me Tomorrow.

Sonny got into some basics about the band; cementing his role as a vocalist following a quick foray on bass guitar with his previous project, the dub-forward Subpoena the Past; and aging inside punk’s youth culture. In retrospect, there's something bittersweetly funny about asking Sonny a couple questions about feeling old in the punk scene, now being about a decade older than he had been at the time of the interview.

This interview has been edited and condensed

So the band is called Year Future, but you’re also all coming from established punk and hardcore bands. People probably have preconceived notions of what you could—or even should—sound like. How do you think people have been taking in Year Future so far, but likewise what did you want to bring into the band?

Sonny Kay: We aren’t necessarily throwing anyone for a loop with what we’re doing, relative to our old bands, [but] the reaction that I’ve been able to pick up on so far has been pretty positive. For the most part, it seems to be satisfying people.

Having said that, as far as what we want to do…I think, if anything, it was a conscious attempt to not feel obligated to do what other bands are doing these days, as far as electronics go. We wanted to differentiate ourselves by sticking to the basics and do something interesting with that, rather than have somebody doing keyboards. Not that there’s anything wrong with that, but most of us have been in that situation already. It seemed pointless to tread the same water again. That was about it, but there was no real agenda, musically.

By the end of Subpoena the Past, it had evolved to the point where you’d started playing bass in a band for the first time. In Year Future, though, you’re back to being a vocalist. How was it for you to go back to singing full-time?

It feels a lot more comfortable, I’ll tell you that. I’ve never really considered myself a musician. I’ve always been drawn to music, but for different reasons than that kind of cerebral pleasure of actually creating music with an instrument. I’ve just never really felt all that comfortable with that. I’ve tried, but some people are meant to do certain things, and some aren’t.

The thing with Subpoena the Past was that I wanted to challenge myself. At the time, I felt like I succeeded to the degree that I wanted to, [but] I realized it was a much less natural thing for me than to be doing what I do now—or what I did before that. As appealing as the idea was to be able to play an instrument or express myself differently, it really wasn’t all that fun playing shows.

I didn’t expect to play this kind of music ever again, but I went along and heard [Year Future] rehearse the songs that they had written and realized that these are people who I felt so comfortable with for a whole bunch of different reasons already. It just seemed wrong to say no, you know? It just felt natural.

My responsibilities in the band as [a lyricist] are something that I seize and enjoy. They’re fulfilling. Having the responsibility of having to write music was something that seemed really tedious. It’s like putting a square peg in a round hole. Life’s too short. 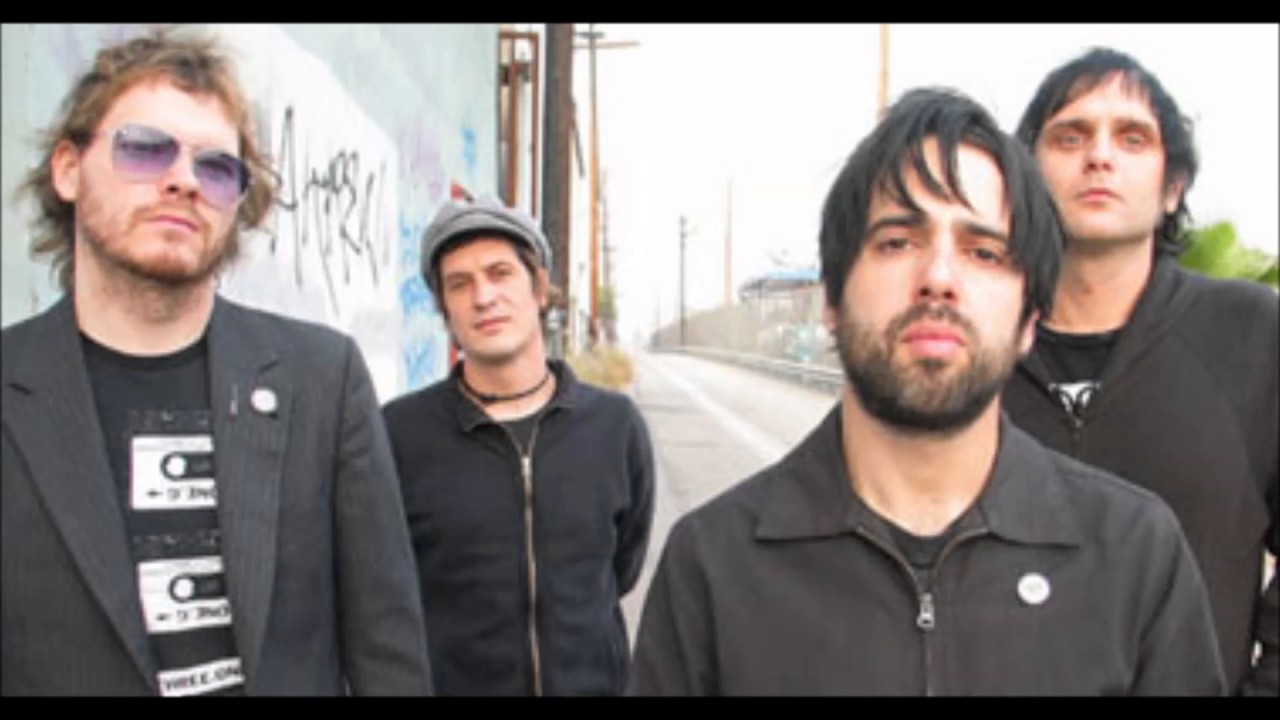 Year Future’s first record. They have two other EP’s, an LP, and appeared on a tour split with 400 Blows, Some Girls and The Plot To Blow Up The Eiffel Tower…

Can you get into one lyric on the EP, from “Each Other’s Future”: “Not all adults are pigs and sheep, not everyone’s a crowd.” I guess, you know, within the scope of punk rock kids you see at shows…

I guess so, yeah. What’s your position on that, as someone that’s been around the scene for a while?

I mean, the fact that we are older than most of the bands we’re playing with — and certainly all the people we’re playing to — is totally obvious to us. It’s such a strange phenomenon, being involved in [punk] and being as relatively old as we are. You just see so many people drop out of it. It’s a cycle that never stops. Not that that has anything to do with the song, itself, but that mindset kind of factored into it.

What’s keeping you interested in art then, if people are continuously dropping out?

Because I see what people are dropping out for, the alternative that people cash in their chips for. To just get a job and be part of this grind doesn’t appeal to me. I mean, I have a job like anyone else does, but fortunately I’ve been able to carve out this thing for myself that doesn’t mean being part of something that I don’t have any respect for, or faith in.

Being 30-plus, going around in a van to coffee shops playing to a room full of kids — and the idea of what that represents to them — is a tangible way of resisting that whole thing. I also don’t want to sit in a warehouse all day thinking about how to sell records to people. It’s great — better than selling shoes — but it’s still work. Getting out and doing this kind of thing is cathartic and fun. A rolling stone gathers no moss, as they say.

You just read issue #64 of Gut Feeling. You can also browse the full archives of this newsletter.