While Sam Bielanski's PONY just released another Pop Rocks-dusted bash in the form of "Did It Again," it turns out the Toronto-based musician recently lined up another mane gig. This past spring, Sam began voicing the character of Jazz Hooves on both YouTube series My Little Pony: Tell Your Tale and instalments of Netflix's CGI sister series, My Little Pony: Make Your Mark.

Outside of the equine branding, there are also musical similarities between Bielanski's various projects. While Make Your Mark's faux brass-blasted "Everything Is Gonna Be OK" shares more in common with T-Swift's "Shake It Off" than PONY's distortion-crushed bubblegrunge, its synth-and-beats approach does vibe similarly to some of Sam's songwriting within the weekly 2 Much TV podcast, where they write original songs based on classic episodes of Succession, 30 Rock, Dawson's Creek, and more. Jazz Hooves, meanwhile, is a musically-inclined hairstylist putting Sam's IRL pipes to work (the shop's motto: "At Mane Melody, we sing while we style").

While Sam's an intrinsically prolific songwriter, it took time to develop the right cadence for Jazz Hooves. Many voice actors initially modeled their now-iconic characters after film and TV stars — think Alan Reed bringing a foghorn-blaring Jackie Gleason impression to Fred Flintstone, or Maurice LaMarche mimicking an erudite Orson Welles to create madcap Animaniacs character The Brain. Sam almost went the same route by channeling the fabulously breathless Jennifer Coolidge into Jazz, but producers quickly set them straight with a lesson no doubt baked into more than a few My Little Pony episodes over the past 40 years: just be yourself.

Speaking with Gut Feeling, Sam and PONY/podcast collaborator Pretty Matty dished on the band's new tune, and adding to the MLP legacy.

Having been given the opportunity to start fresh with a brand new character, what did you want to inject into Jazz Hooves’ personality?

SAM BIELANSKI: Well, when I got my first My Little Pony script I had one line. My line was: “Hey!” That was challenging, because I had to decide in that one word who Jazz Hooves was going to be. I stressed about it; I lost sleep about it. I was so worried. I really had to make my mark on this character.

When I got into the session, I really wanted to make Jazz like Jennifer Coolidge from Best In Show, but the producers were like, “Can you just say, ‘Hey!’” I basically said it in my regular voice, and they were like, “Perfect!” I feel like Jazz is very much an extension of Sam Bielanski, but a little sassier. And a little more fashionable.

Did you find yourself adopting mannerisms, or contorting your face any differently while testing out voices?

BIELANSKI: I wish there were cameras on me in while I’m in a session, because I’m doing wild things with my face and my hands. Jazz just kind of takes over and I become super animated. I feel like because I’m acting with my voice, my body becomes so much more animated — flailing wildly.

On the musical side of this, you’re also singing things like the “Believe It” theme song. Is there a different vibe you bring to singing as Jazz Hooves, as opposed to performing a PONY original?

BIELANSKI: It’s so different, because when I’m Jazz Hooves I get a lot of direction from the producers, and we have a voice director. So I’ll do the takes a couple times, and then production will decide what’s best. It’s not in my hands; I don’t have much input. I just do what’s asked of me until I do a perfect job.

With PONY, I’m the director, producer, and writer. I have so much more control over how things sound, [but] it’s definitely more psychologically tormenting to be wearing all those hats. With Jazz, I just let it flow. With PONY, I’ll do it until its perfect...but it usually takes a while to get there.

What other kinds of suggestions would a voice director make during a session?

BIELANSKI: Oftentimes they’ll tell you to do an “A-B-C,” which is when you say a line three times, but each time is different. If you don’t give them something they love in one of those takes, they’ll say, “Do it like she’s scared that there’s a dragon chasing her.” They’ll paint a scenario for you to evoke more of an emotion. But these episodes are written so well that if you don’t give them exactly what you want, they’ll [say,] “Give us one like this for safety.” 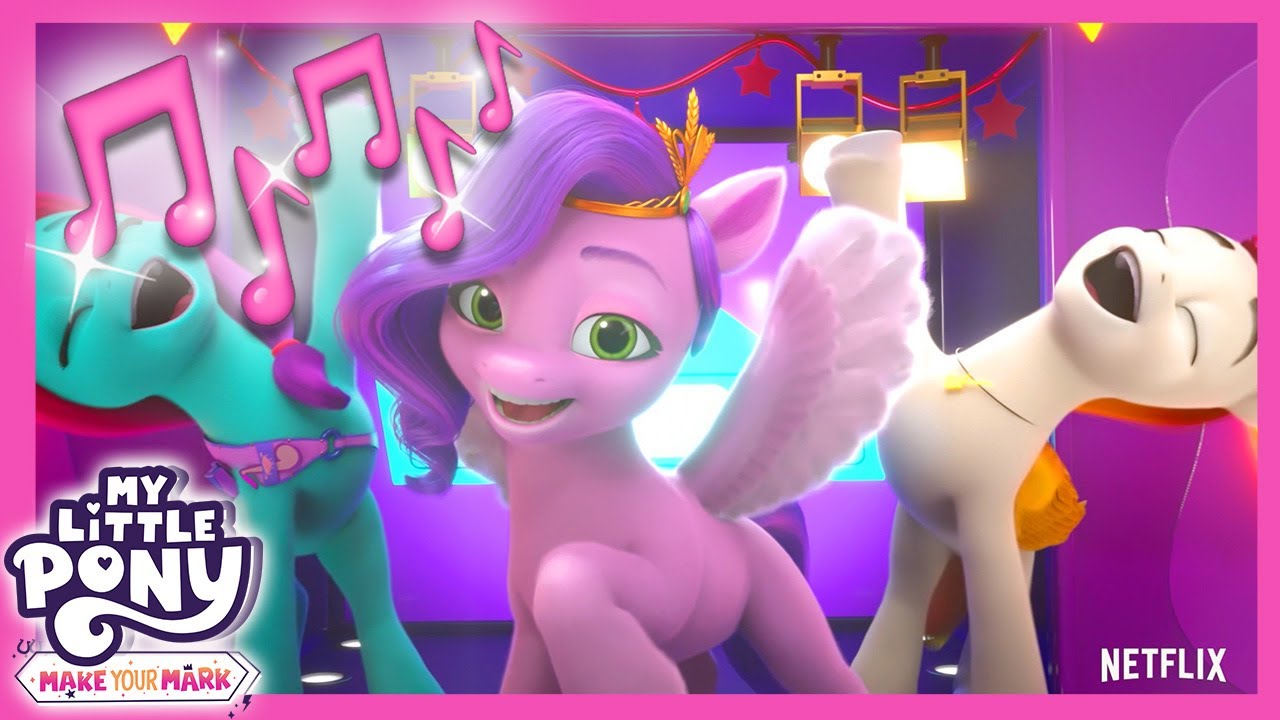 Considering your background with PONY, have you collaborated on any of the songs in Tell Your Tale or Make Your Mark?

BIELANSKI: I wish! I have no idea how to become involved in that, but I would love to write a song for the show some day.

PRETTY MATTY: I don’t think they know that Sam is in a band.

BIELANSKI: I haven’t met anyone, really. I’ve met the producers that make the music because I have to go into the studio and sing, but pretty much all my other sessions I’ve done remotely from home. You plug in, you do your line, and they’re like, “Byeeeeeee…see you!” There’s no chit chat.

That’s funny, because it seems like bringing PONY together with My Little Pony is the perfect match…

BIELANSKI: After it had been announced that I was on the show — which is something Matty and I had known for over a year, but weren’t allowed to tell anyone — everyone thought that this was PR for the band.

PRETTY MATTY: So many hater comments.

BIELANSKI: I wish our PR team could get us roles on television! I’ve been a struggling actor for almost ten years, and this is the first paying job I’ve ever gotten.

Did either of you grow up with My Little Pony?

BIELANSKI: I didn’t know about My Little Pony, really. I’d see the commercials all the time, and there was one [jingle] that I really loved: “My little pony, my little pony / meet me at the Cotton Candy Café.” I sang that for so long.

And a couple of years ago I was a nanny, and the child was obsessed with My Little Pony. I’d watch it every day with her. I remember sitting on the couch [and thinking], “I can do this; I can be on this show.” She would also quiz me on the ponies’ names, and when I’d get them wrong she’d roll her eyes, like, “Sam…you know this!”

Are you going to get your own figure?

BIELANSKI: She has her own figure. I’ve seen it online, but it's only available at the Walmart in Sacramento. I’m hoping to buy one soon, though. Big things are coming for Jazz Hooves!

How much of a bop would you say PONY’s new “Did It Again” single is, compared to Tell Your Tale songs like “Believe It” or the “Hip Hop Bunny Bop”?

BIELANSKI: The “Hip Hop Bunny Bop” is always in my head, but I would have to say “Did It Again” is more of a bop.

What else can you say about "Did It Again"?

BIELANSKI: The best way I can describe it is that “Did It Again” is the to-be-continued episode following our album, [2021's] TV Baby.

It was the first song I wrote after we finished the record, but we shelved it because I wasn’t really feeling it at the time; I felt it was too similar to the songs on TV Baby. But when we were looking for a few songs to take to Josh [Korody, producer], Matty was like, “We’ve got to do ‘Did It Again’.” I wasn’t sure, but then we practiced it and I [realized] this is truly a bop. It’s more sophisticated songwriting than TV Baby, or more elevated. It’s the tv movie version of TV Baby [laughs].

Did you end up changing the direction of the song, then, to bring it towards that elevated state?

BIELANSKI: I wrote a new bridge for it before going into the studio. I was like, “I need to write a new bridge, [because] this bridge is absolutely cringe.” Now I love it.

PRETTY MATTY: It’s always a long and layered process for us. Sam is writing the demo, and then I expand on that and produce it some more — you know, put some sauce on it. Then we’re playing it with a drummer, which adds another layer to it, and then we take it to the studio. It all piles up towards the finished song.

Josh posted earlier in the year that PONY had recorded about five new songs when you were at his Candle Recording studio. Are you able to hint at what those other PONY songs may be?

BIELANSKI: You can expect some more singles from us. If you’re following what we do on our podcast, maybe you’ll recognize a few of them.

Would you ever consider doing a duet between Jazz Hooves and Sam from PONY?

BIELANSKI: Yes, I would. I think that it would be confusing for the listener, but satisfying for me. 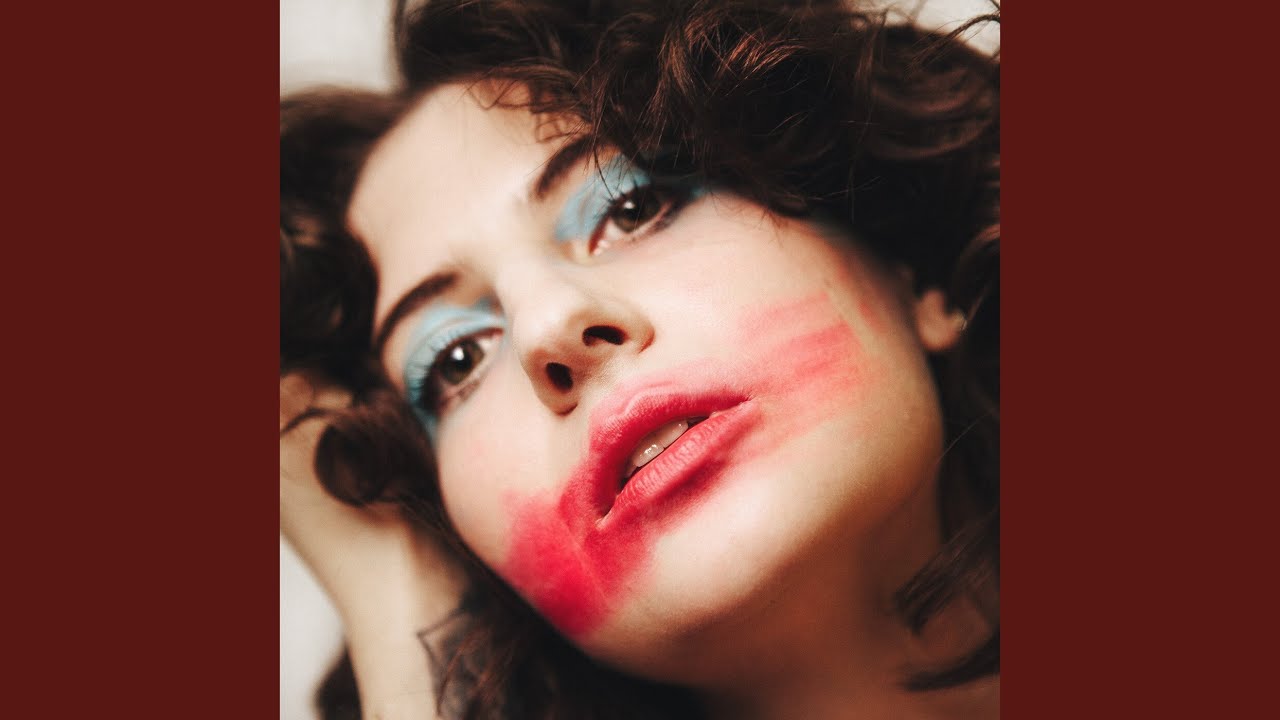 You just read issue #61 of Gut Feeling. You can also browse the full archives of this newsletter.