Earlier this month I had the chance to speak with Cloakroom bassist Bobby Markos for Northern Transmissions. In that piece, Bobby got into the sci-fi origins of the Indiana outfit’s new Dissolution Wave, which finds an asteroid miner filling a culture-eating cosmic void with songs to keep the Earth from spinning off its axis. Heady stuff!

It’d been a while since I’d done a Gut Feeling gear talk, so while I had him on the line, Bobby graciously got into some of Dissolution Wave‘s most out-there tones.

Dissolution Wave is a dense, yet atmospheric album. It feels like there’s a lot going on, texturally. Is that more tonal, or is there a lot of layering on the record?

Bobby Markos: A little bit of both, honestly. Our engineer Zac has a masterful command of sound. We grew up together, rode skateboards together, and were in punk bands together. Somewhere along the way he went off and became this wizard engineer. When he came on board with us, he really taught us a lot about the stereo spectrum, and how a band like us—as a three piece— could use it to our advantage. Like, how do we make the biggest sound possible as a three piece? We’d be mixing a record, and he would show me on his scopes— "Look, here’s where you are, here’s where Doyle is, and here’s a void. How do we create a sound to fill that void?" Our approach became a lot more strategic.

Doyle, he thrives in a studio setting where he can layer things. "I’m going to layer another delayed, reverbed-out guitar here," or "Let’s bring in another amplifier for another sound here." Matt [Talbott] contributes to that, too. He’ll come into the studio at noon, sit down for a second and be like, ‘I hear a blurp here,’ go into the live room, and starting looping something on a pedal. We had five cooks in the kitchen all watching the stew, and everyone knew how to spice it with ingredients at any given time.

You’ve got Matt playing piano on the album and adding some sonic sculpturing. You also recorded at his Earth Analog studio. Did you get any additional tips or tone-guidance from him, being this guitar hero with Hum?

I mean, he knows quite intimately how Cloakroom plays together, at this point. He’s not afraid to tell you that a bass tone isn’t working, but he’ll also help you get there. The second time we recorded at the studio, I had a bass tone that wasn’t working— I was trying a new head out and it sounded different. He came down and helped me scope it out. I was learning a lot; it was a master course, just watching him dial it in.

Even before we met him, he influenced our band—we love Hum—[but] having him sit in the commander’s chair a few times with Cloakroom, it’s helped us, sonically.

Were you comfortably dialled into a set up going into these sessions, or were you messing with the gear throughout the making of Dissolution Wave?

Going into the studio, we always bring every piece of gear we own. Zac brings gear, and Matt has a library of gear [at Earth Analog]. Its guerilla-style recording—on-the-spot testing of different combos—and what comes out is what comes out. Zac’s not afraid to track things on multiple rigs and then tone search. “Ok, I feel like the Orange take works here, and the Marshall over here.”

These can certainly be different set ups for you, then, but you’ve got some gnarly, fuzzed-out bass work going on through “Lost Meaning,” and in particular with the intro to “Fear of Being Fixed.” Can you recall what you were running in either of those cases?

A friend of mine had built a custom fuzz pedal that is like a Big Muff, but with a bass boost; it’s called the Fuzz Funeral. I was definitely using that with my Gibson Ripper. That combo is super heavy, and you can throw it on any set up.

I know I was using an Ampeg 8x10. Matt had an Orange bass head there, and I also had this little solid state head that was made by this guy [Dave Funk] that went on to do the Thunderfunk company. But this head [I was using] was from a company called Amplified Music Products that he did, the model number is BH-420. He just repurposed this schematic with a few different companies. So I was switching between those, and I was using an Acoustic 370 a lot, too.

Those parts you’re referencing in particular, I feel like it was the Orange. That was the heaviest, meatiest bass tone I was able to get through the 8x10.

The initial tracks we would do all of us in the live room together. Doyle would mostly record scratch tracks that he would overdub his effects on. I would do the same approach for bass—I would track everything clean, and we would overdub my fuzz. For that, I’d go down into the basement where the bass cab was, stand in front of it, and get all that presence and noise. 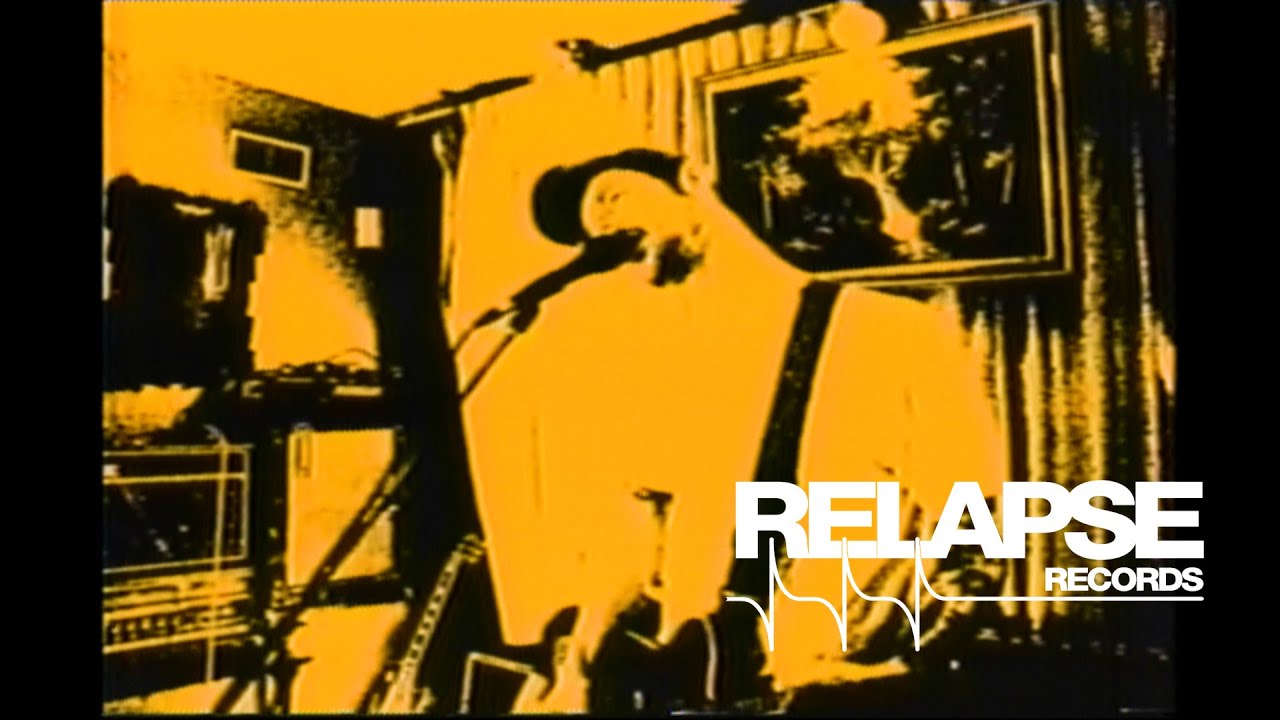 What turned you onto the Gibson Ripper, and how vintage is yours?

I grew up listening to Nirvana. I was really drawn to Krist Novoselic as a bass player, it was the first bass playing that stood out to me—I was really young when I got into them, like fourth grade. It made a profound impact. I knew I wanted to play bass; I liked the big ‘ol strings. The Ripper just looks so big, there was something enticing about it. I knew I wanted one.

I went through a few pawn shop basses when I was first learning how to play. Then my old band, Native, was getting to the point where I was like, “OK, I’m going to be a serious musician, so I want to get a good bass.” And I knew I wanted a Ripper.

I started looking on Craigslist—this would’ve been 2008 or 2009. They were probably between $800-$1200 bucks at the time, depending on the condition they were in. I happened to find one on Craigslist in D.C. for a grand, all-in, and it was in mint condition.

Believe it or not, one of the engineers at Paul Reed Smith owned it. I messaged him, like, "Hey, I know you have this for local pick-up, but I’ll do anything for it. I’ll pay any shipping if you’ll send this to me." I’ve had it ever since.

I’ve played other basses, but I always come back to the Ripper. It’s the best sounding bass, and plays better than anything else I’ve played.

Have you put any work into it over the years?

The neck did crack at the headstock. I was working for a guitar cabinet builder at the time, and he helped me fix it. It was excruciating to watch, but he opened up the crack—I was so nervous he was going to completely sever the head—wood-glued it, clamped it, and it’s been good as new ever since. He did a masterful job.

Did that change the tone at all?

Not at all, it plays great. He definitely knew what he was doing. He had luthier training it. “This is brutal….but we can save it.” And he did!

Cloakroom’s Dissolution Wave is out January 28 via Relapse Records. 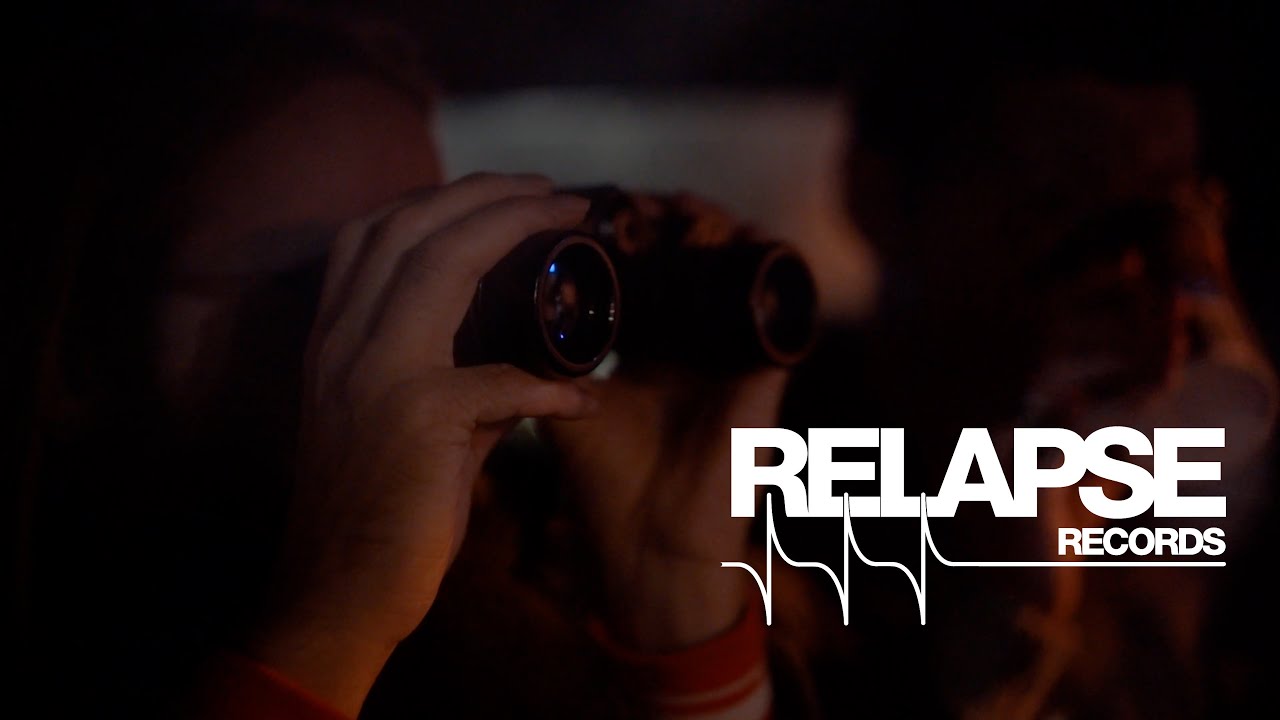 You just read issue #58 of Gut Feeling. You can also browse the full archives of this newsletter.