There's a matter-of-fact efficiency to the title of Chance Lovett's latest single, "7 Years". The soul song first took shape in reaction to Michael Brown's murder by police in 2014, with Chance picking it back up again following the 2020 murder of George Floyd; ultimately, it was tracked earlier this year at Vancouver's Rain City Recorders, with a last-minute verse added in-studio.

In both sound and subject matter, things get more complex. A waterfall's rush of soul guitar ripples past a lean, walking bass; echo chamber drums get hard-panned to the left for the headphone trip. Chance had previously explained in an Instagram post that the song contemplates "the agony black parents face pleading with a racist system to simply give their kids a chance to grow up".

"7 Years" also marks the first official single from Chance as a solo artist, with the musician currently putting together more new music with multi-instrumentalist Mike Flintoff (Rempel and the Rousers, Tranzmitors) and producer Jesse Gander (Japandroids, Brutus). If Chance's "7 Years" is guided by her years of experience making full-band soul music (The Chantrelles, Chance Lovett and the Broken Hearted), she hints in her talk with Gut Feeling that other parts of the album could take things down a few notches from the track's booming vocal finale. Think acoustic arrangements, though the singer has also been exploring a subtler, raspier side of her voice.

“I find that with the music I was making before, it was more conducive to use that [kind of a] power vocal, but with what’s happening right now, the way that I feel the most myself—the happiest, the most comfortable, and in-tune with the universe, basically— is when I am doing these gentler slow songs. That lower register fits with that.”

You’d announced back in January that you’d been putting work into a solo record. Since this is the first single from the project, how did you end up choosing “7 Years” as an introduction to this next musical phase?

Chance Lovett: This is actually just the first single we’ve recorded, and we’re working on the others ones for the album.

I started writing “7 Years” in 2014, but I just couldn’t find the words to finish it. It always sat on the backburner, but in 2020, when George Floyd was murdered, [the song] came flooding back to me. It’s called “7 years” because it wasn’t until this year that I actually went into the studio with it.

When we were there, though, I had this nagging feeling that it [still] wasn’t finished. While we were in the process of recording, I went and sat by myself, and just found that last verse. I was crying in the studio—it was embarrassing—but it finished itself. The reason that this was the first one to be recorded was that it just felt like I shouldn’t be holding onto it anymore. It needed to be out there.

How did it feel to turn the corner on the song and complete the piece?

Amazing. These songs always start as these small little ideas. I can play guitar and piano, but it’s limited with what I can [do]; it’s just for writing [purposes]. I finished it with my friend, Mike Flintoff. He came in with new chord ideas; different arrangements. Seeing it become to this full, well-rounded item…it’s a happy feeling. 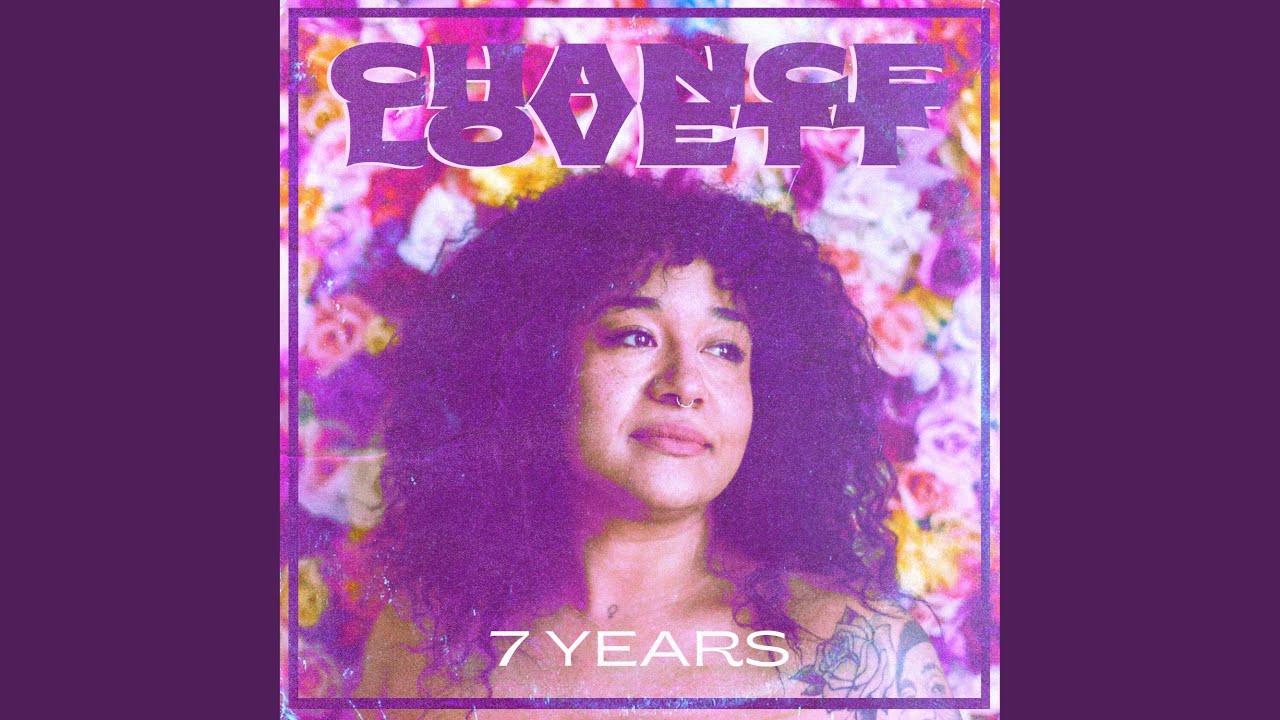 Having previously been in the Chantrelles, and then Chance Lovett & the Broken Hearted, what has it been like to start making music fully under your own name?

It’s a pretty cool feeling, to be honest. I want to say “freeing,” but that’s implying that I was being held back, and that wasn’t the case at all. But it’s been liberating to be the final decision maker on the sound you’re making.

Had you approached the songs any differently, then?

Absolutely. I’ve always loved soul music—it’s always going to be a big part of the music I make— but I’ve also always been drawn to a more simplistic, acoustic country sound. Like an Allman Brothers sound; that’s my favourite.

In the past, with the music I’d made, because there were so many other voices, it had become more of a group effort [in terms of] sound—and it’s always travelled towards the side of soul. “7 Years” is absolutely more of a soul sound, but with the other songs I’m writing I feel totally comfortable and excited to jump into that acoustic country-ish sound.

It’s been four years since the Chance Lovett & the Broken Hearted EP [2017’s Some Little Songs], nearly ten years since that Chantrelles 7-inch. That’s a long stretch! Have you noticed any changes in the sound of your voice between then and now, tonally or otherwise?

I’ve always been a belter—like a power vocalist—but when I’m writing by myself, it’s a far more subtle and gentler style of singing. I find myself sitting in my lower register and hanging in with that rasp. I’m definitely leaning towards more of that, though I also still include that belted-out power vocal that I love to do.

Do you have a warm up routine, in terms of vocal conditioning? Has that changed over the years?

One thing is I studied jazz vocals. I always took singing lessons on the side, but it wasn’t until I went to music school that I learned some really wicked vocal warm-ups. There will always been little pieces of that that I’ll use forever. You want your voice to be nice and warm, but not overdone, so in the morning when I’m getting ready I’ll do gentle little warm-ups here and there.

When did you first realize that you could sing?

To be honest, I have suffered with a severe lack of confidence with my voice for my whole life. When I was younger, while kids were listening to cool music like the Beatles or Blink-182, or whatever, I was listening to Celine Dion cassettes and Cher—just belting along with that.

I started taking singing lessons just because I loved it. We’d always have to do little recitals. I just wanted to die, I was so nervous. Singing was something I [generally] kept private, not for anyone else. But in 2010 I ended up going to school and getting into bands; going from a backup singer to the lead singer, like, “Oh, ok…maybe I can do this!” It’s definitely an interesting thing, because I’m a very shy person. It’s funny that this is what I love to do, to sing in front of people.

Being on-stage is so far removed from a social interaction, though. It’s a different thing to be singing in a microphone than to be face-to-face in a conversation

I agree. Also, a big fear of mine is forgetting lyrics. I started singing backups for my friend Rempel in Rempel and the Rousers. It was our first big show [at the end of 2020] and she was like “I’m getting nervous about the lyrics,” but I said, “the thing is, it all becomes muscle memory.” You just shut your brain off and your body remembers the lyrics. It’s soothing, in a way.

What else can you say about these sessions at Rain City with Mike and Jesse? You hinted that it might have a softer, quieter approach…

I should say that approach won’t be the whole thing, by any means. It’s been incredible, though. When I first approached Mike to help me record a song, he was like, “Yes!” He’s the most excitable person on the planet—so lovely. We also have Richard Brown on percussion.

And Jesse’s incredible. I got to record with him years ago. Gordon Smith had seen my band in Victoria, and then he was in Vancouver and wanted someone to do some backs ups. So I got to go in there [at Rain City Recorders]. It was the most beautiful studio I’d ever been in! To get to do my own stuff in there is a really cool full circle moment. I feel really lucky.

You’ve covered Leon Bridges’ “River” live in the past, would that be something you’d also want to record?

I’ve played that song a lot; it’s one of my favourites. It’s tied to some very important times in my life, both beautiful and sad; it holds a lot of weight to me. I love singing it. I’d love to record it, that would be a dream. I don’t know if it’ll be on the album, but it might just be a little recording.

When do you think you’ll be releasing the album?

I work in film, so my life is very hectic when I’m on a project. Next month, though, we’re going to go into [Rain City Recorders] and I’m hoping to record an acoustic version of “7 Years,” as a b-side for the single. We’re also going to start working on the next few songs. The project should be over May-ish of next year. 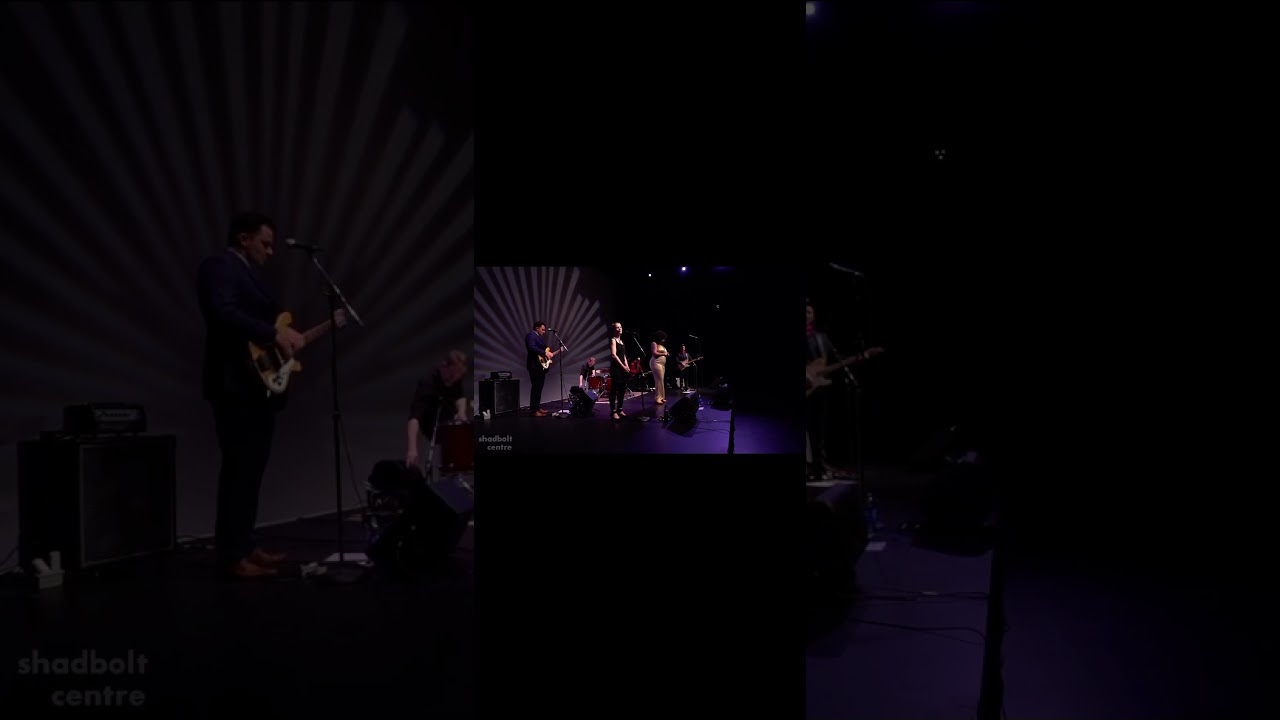 You just read issue #55 of Gut Feeling. You can also browse the full archives of this newsletter.