It's not too often an album is responsible for the birth of a music genre, but Vancouver outfit Big Rig's self-titled debut is, in fact, the first project to define the burgeoning twangmo movement.

Considering the roots-rustic plucking banjoist Geoffo Reith brings to the seven-song collection, the earlier part of the portmanteau is a given. Guitarist-vocalist Jen Twynn Payne's lyrics, meanwhile, cut deep with emo-leaning pathos, whether weighing in on the woes of dating show contestants ("Bachelorette"), or her own dating app exhaustion ("Clozer"). Elsewhere, you'd have to have a heart full of moldy maize to not shed a tear while listening to the yearning "Crying in a Corn Maze," while the self-effacing chorus of her "Happy Song" is anything but ("How come every song I write, they sound so sad / No matter what I try, I can't make them sound glad").

"It's about how I only know how to write emo songs, and a breakup I went through" Jen previously explained of "Happy Song" in a press release. "The chorus lyrics were a joke at first, but I decided to keep them."

Following two full-length releases as the drummer-vocalist for longtime indie trio the Courtneys (with a third, unreleased album waiting in the wings), the Big Rig tape finds Jen now playing guitar, a skill she developed just before the pandemic. Speaking with Gut Feeling, Jen gets into early acoustic experiments, the approachability of Open E tuning, and realizing Big Rig's twangmo sounds best once the amps are cranked.

What was your relationship with the guitar like prior to writing this Big Rig record?

Jen Twynn Payne: I played bass in high school, but never guitar. I never really thought I would, either.

This is a formative story for you, but when I was in junior high I was in the school band. For some reason, the most popular instrument was alto sax. Every year they would teach you music theory, and then you would do an exam. Before the exam, you had to write down the top three instruments that you wanted to play. The only way you could play alto sax was if you got, like, 95 per cent or more on the exam.

I wanted to play alto sax, but I didn’t believe in myself enough — I don’t know what my problem was. I was like, “Oh, there’s no way I’ll do well on the exam.” I didn’t put it on my list, and then I got a 98 on the exam. I ended up having to play trombone [laughs].

I kind of feel like guitar is like that, in that I thought I couldn’t play it, or I thought it would be too hard to learn.

Did you have any criteria when it came to choosing a six-string?

What had happened was, I had been thinking about the name Big Rig years ago [as a possible band name]. A friend of mine kept joking that he was going to steal the name from me unless I did something with it, so I made a social media account. Like, “Nope, I have the account. You can’t take the name.” But I never did anything with it.

Just before the pandemic, though, I was at my cousin’s house, and her partner plays banjo. I started tooling around with the banjo; it’s my favourite instrument. We were just joking around and jamming, and then that turned into the three of us playing a Courtneys song, but with banjo. Then I was like, “Maybe my solo project should have banjo in it?”

I didn’t want to learn banjo, so Geoffo taught me three chords on guitar. I went to a Long & McQuade, and I rented an acoustic guitar — It's easier to play at home; I don’t have an amp or anything.

I was really obsessed with that band Porches at the time, and their song “Country”. I realized that song had the exact three chords that I knew, so the first thing we recorded before the pandemic was a cover.

Then when the pandemic happened, I started writing pieces of songs with what little I knew. I don’t know if this is a common thing with guitarists, but because I wasn’t taking lessons, [I started] looking for tunings that would be easier than learning chord shapes. Like, “Ok, I’ll start writing in Drop D.” 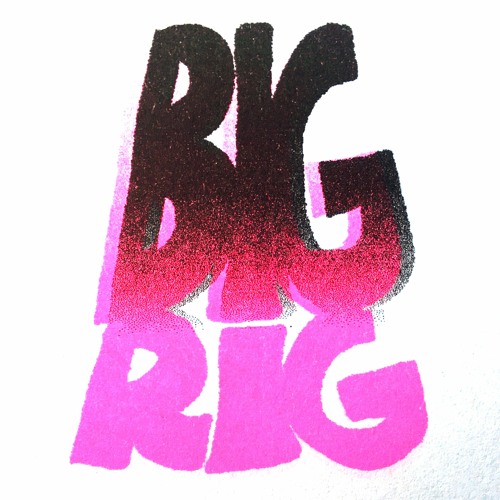 Jen from The Courtneys’ twangmo project.

On that point, there's a weird slack feel to some of the guitar lines on this album that may put them outside of standard. With “Open 83,” for instance, is that in an alternate tuning, or is that the power of suggestion?

That’s in Open E tuning, and it's 83 bPm [laughs]. Basically, all the songs on the tape are in either Drop D, standard tuning, or Open E. And each of them have some weird capo on it. It’s awful for playing live. It’s just too much tuning.

Was there anything you picked up from [Courtneys guitarist] Courtney Garvin, or appreciated more about her playing as you developed the skill yourself?

I already really appreciated her as a guitar player. I mean, she has a similar kind of backstory, in the sense that she played bass first. When I first met her, she didn’t know how to play guitar. It’s just doing random stuff that sounds cool, because you don’t know what you’re doing.

Most of the Courtneys songs are in Open E, so that was something [I picked up]. I remember her saying that Open E is so cool because you can basically just put your fingers anywhere and it sounds good. You can do a lot of cool, weird stuff with it. I was definitely inspired by her.

Also, Courtney and Sydney [Koke, Courtneys bassist] do backup vocals in the Courtneys. I write all the vocals for that band, including the backup parts, so I’ll be like “Ok, here’s the backup vocal,” and Courtney will be like, “Uhhh….that is literally the hardest part for me to sing over.” That’s one of the reasons I never wanted to play guitar: the idea of singing and playing was horrifying to me. I totally got it before, but I have even more respect for [guitarists] trying to sing over a certain part. It’s changed the way I approach songwriting and vocal arrangement.

Can you get into the genesis of twangmo?

I was speaking with someone at a show we played, and they thought we were kind of emo. And there’s a banjo, so whoever we were talking with was calling it “banjmo.”

The next day I sent Courtney some of my demos. I forget what song it was, but she thought it sounded like Elliott Smith. She was like, “It’s like twangy Elliott Smith…it’s twangmo.” That’s way better than banjmo! It's funny, now that people have heard it [the tape], the feedback I’ve gotten is that some people don’t find it sad. But, god, it feels so emo to me. Maybe they don’t come across that way?

Getting back to the gear, what were you playing on this record?

I ended up buying the guitar I’d been renting. When the pandemic hit, Long & McQuade wasn’t even open for me to return it, so it [became this] really extended rental. I’d basically paid for the guitar in rental fees, so it didn’t make sense for me to return it. It’s an Epiphone EL-00. It’s a little small. There’s a parlour guitar I really like that feels way smaller than this one, but this one is smaller than a normal acoustic.

I also got an electric recently that I’m really excited about. It’s a shell pink Mustang. I don’t have an amp yet — I’m trying to decide what I want to buy — but I’ve been using a Fender Blues Junior a lot.

We played Music Waste last year, but it was a livestream. I did that acoustically, and then we played the Victory Square Block Party and I also played acoustic. I wasn’t happy with how things were sounding, though. I started being like, “Ok, we’re going to do it electric and go louder.” Now I feel like we’re finally dialing it in. It’s starting to sound like what I envisioned.

Big Rig's self-titled debut is out 06/24 via Peaceful Tapes. 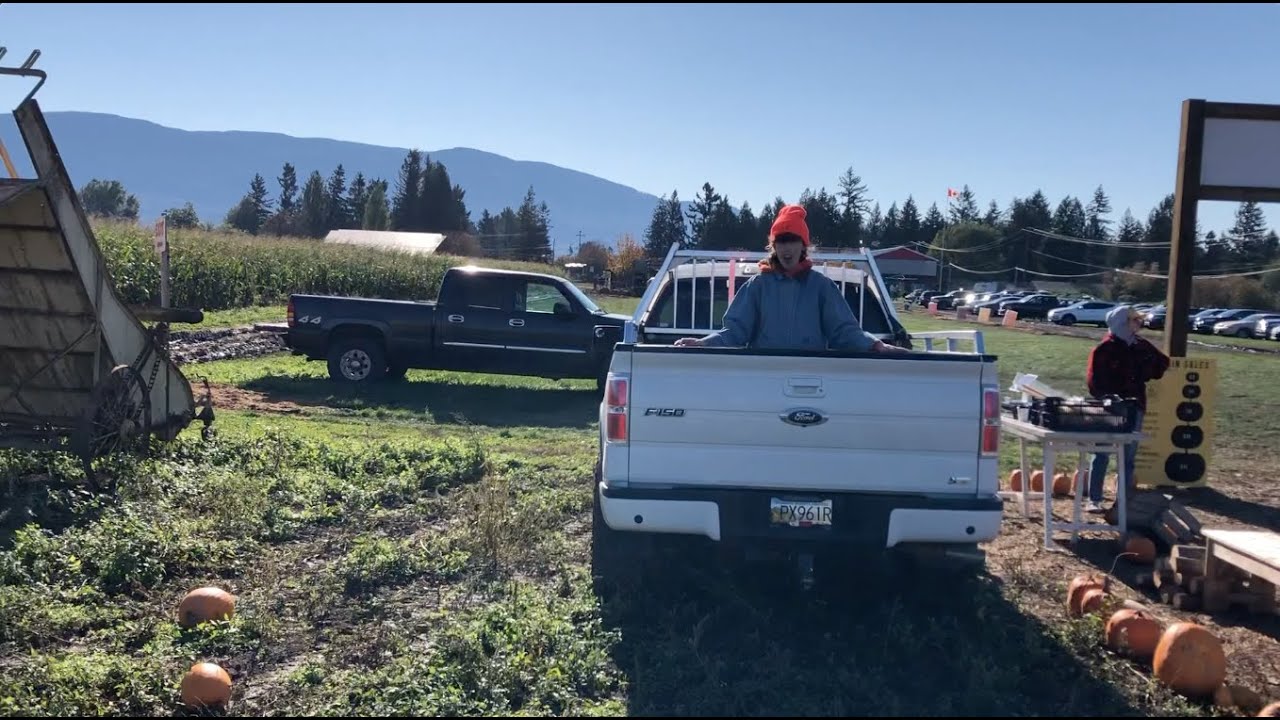 As a follow-up to that recent podcast episode with Pink Mountaintops/Ex Dead Teenager's Stephen McBean, my old friend Matt Barber uploaded a full set of Ex Dead's — along with a few other punk and hardcore shows he filmed on his Handycam in the '90s — onto YouTube last week.

Barreled out within the dank fluorescence of Vancouver's St. James Hall, the set is full of high-impact, raw-nerve performances plucked off the quartet's then just-released demo, It's OK to Laugh at People Wearing Gas Masks. Around the four-minute mark, there's a supremely angular, scrappy, 5/4-jolted song that guitarist-vocalist Josh Wells handles, which I'm pretty sure didn't pop up anywhere else. At times the pace is frantic, but Ex Dead cap this with the towering, transcendent sludge of their "Third Rate Resurrection." Top notch find.

Also, turns out the band's second demo from 1998 — which took on a hybridization of lip-sneering, Monorchid-style smarm-punk and the go-go weirdness of early B-52s — is also on YouTube. Check it out here. 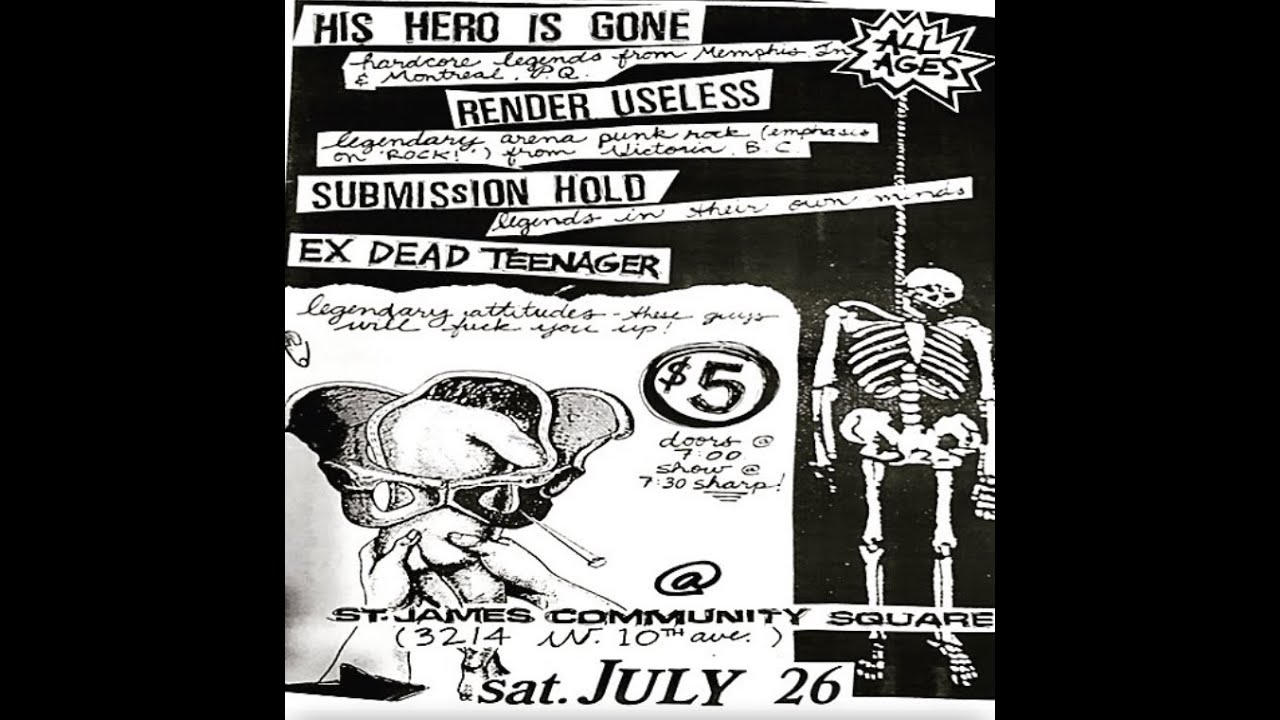 Future members of Black Mountain and S.T.R.E.ET.S. doing some critically under rated shit. Finding videos like this in my stash makes dragging my camera arou…

You just read issue #70 of Gut Feeling. You can also browse the full archives of this newsletter.