ACTORS on the cold, skewed solos of Acts of Worship: "I wanted to create the sound of the killer's mind unraveling"

Of the many great scenes in Julian Schnabel’s Basquiat —his 1996 semi-fictionalized biopic on painter and friend Jean-Michel Basquiat— one that’s often stuck in my head is of this wealthy couple being given a tour of Basquiat’s New York studio space while they’re looking to make a purchase. After questioning the artist’s practice of constantly scratching out words across his many canvases, Basquiat’s art dealer, Annina Nosei, quips dryly: “well, they are more meaningful in their absence, no?” Hitting the nexus between creativity and commercialism, the line is equal parts poignant, cynical, and hilarious.

How does this relate to Vancouver’s ACTORS, you ask? Well, for the past several years band leader Jason Corbett has gone for a less-is-more approach with his guitar lines. Though his choices are lean—skeletal, even—this minimalism is an effective accent to the otherwise rich backdrop of Shannon Hemmett’s ‘80s-gauzy synth palette, drummer Adam Fink’s motorik drive, and new bassist Kendall Wooding’s steadfast, yet slinky lock-groove picking. With their latest album, Acts of Worship, the foursome are primed to make converts of many.

Speaking with Gut Feeling, Jason and Kendall got into gear specs, trem bar-armed Charvels, and the often in-the-box bombast of their Acts of Worship.

Jason, much of the guitar work across the ACTORS discography is purposefully spare—outstretched, spacious moments like the chorus of “Love U More”. How do your intertwining roles as producer, vocalist, and guitar player affect those kinds of choices? Do those separate instincts ever conflict?

Jason Corbett: It’s always about the song first. I look for the best places for each instrument to have impact. The guitar is often one of the last pieces of the puzzle for me so it can accentuate the emotional impact of a vocal or melody instead of fight with it.

That said, you do have a couple of gonzo guitar moments on Acts of Worship, like the solo near the end of "Cold Eyes," which is almost like a skewed, Belew-on-Bowie series of vibrato dives. What’s going on with that solo?

JC: The whole solo was improvised, and a first take. I had just bought a new, jet black Charvel with a tremolo arm and wanted to cut loose.

I wanted to create the sound of the killer’s mind unraveling. There’s a bright, short echo giving it that cold cement room feeling. 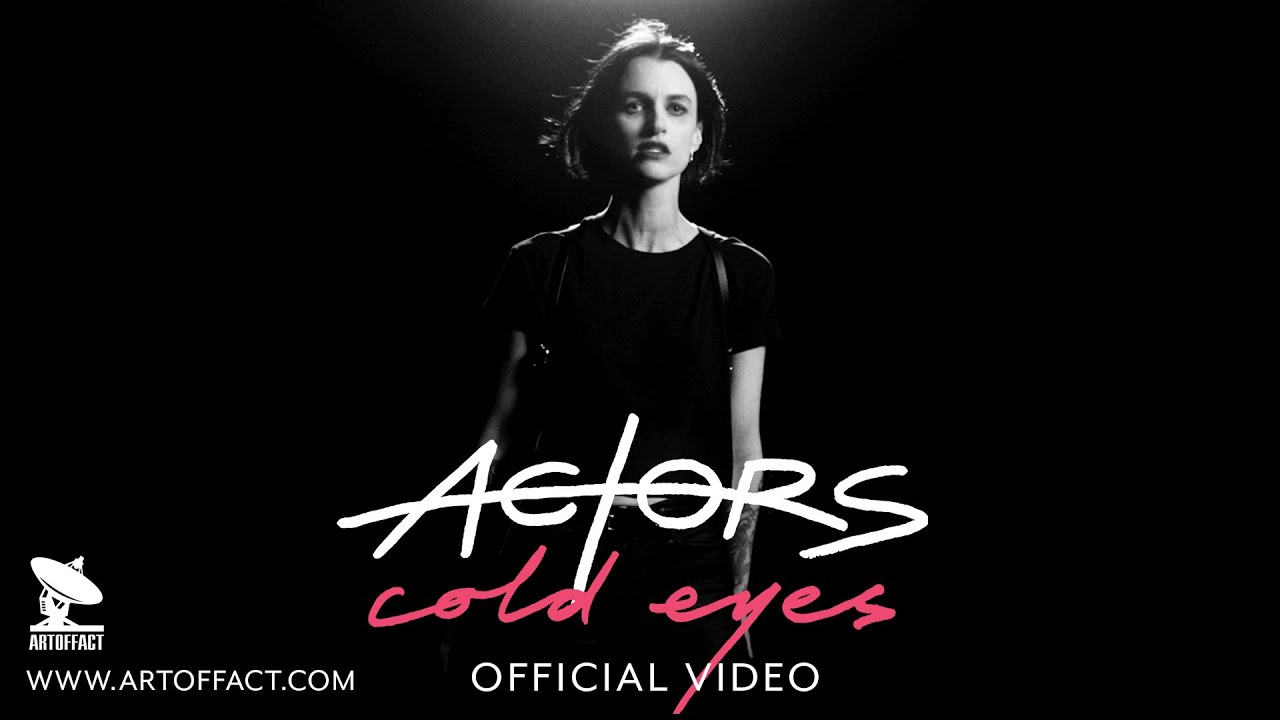 Order the album:https://actors.bandcamp.com/album/acts-of-worshipFollow the band on Spotify or Apple Music!http://open.spotify.com/artist/2Gs4t6zBT69DSluLvaE…

Kendall, coming into ACTORS for Acts of Worship, how do you feel you put your own rhythmic imprint on the album?

Kendall Wooding: I just focus on playing what’s right for the songs. The songs are written to have interplay between all the moving elements and hooks—most of the time the bass just needs to keep it simple and lock it all down with the drums.

Jason, since you produce a number of bands at your Jacknife Studios in Vancouver, has being in such close contact with other guitarists ever made an impact on how you approach your ACTORS guitar tone?

JC: I think I’m more guilty of inflicting my guitar tone leanings on the bands I work with. Generally I think of it as Boards of Canada for guitar — slightly detuned, lo-fi modulated delays with vibrato and dark reverb make me smile.

Last year when I’d spoken with Shannon, she’d talked up the great wall of pedals currently stacked at Jacknife, likening it to a “candy store of sound”. What was the go-to gear for Acts of Worship?

JC: I primarily use Fender Strats that have single-coil sized humbuckers I put in them. I like the Seymour Duncan Li’l Screamin’ Demons. They have a great percussive quality for the single note parts, and sound big and punchy.

I used LOTS of different pedals and didn’t really keep track, but there was lots of the Electro-Harmonix Small Clone chorus on the last album [2018’s It Will Come To You]. I wanted to switch it up, so I used more tremolo pedal effects [on Acts of Worship] than chorus. For my guitar amp, I mic’d up a Fender Pro Junior with one Royer ribbon mic going into a Neve 1073. Live, I use a Strymon Iridium instead of a traditional amp.

The bass is a Fender P-Bass going direct into the Neve 1073, then into a UA1176, and then processing in the box, [but] we [also] used fuzz and distortion pedals. On “Obsession” we kept the bass clean and used a tremolo pedal to give it that off-kilter vibe.

KW: Honestly, the sounds on the new album speak more to Jason’s progression with production and with the band’s sound more so than with this or that gear. Everything sounds thicker and punchier on the new album; the bass hits harder. The different elements sit where they need to for it to sound huge.

For performing, I’ve been using a Darkglass preamp with a bit of dirt as my main sound, and a Marshall Guv’nor for full distortion. It’s a great combo. Bass vibrato is used a surprising amount on the new record too!

Kendall, you’d recently posted an Instagram vid of yourself running through a bass-tapping cover of Depeche Mode’s “Enjoy the Silence”. Going forward, would you want to add any of that kind of outside technique to future ACTORS songs?

KW: Haha…there’s a time and a place for bass tapping.

ACTORS' Acts of Worship is out now via Artoffact Records. 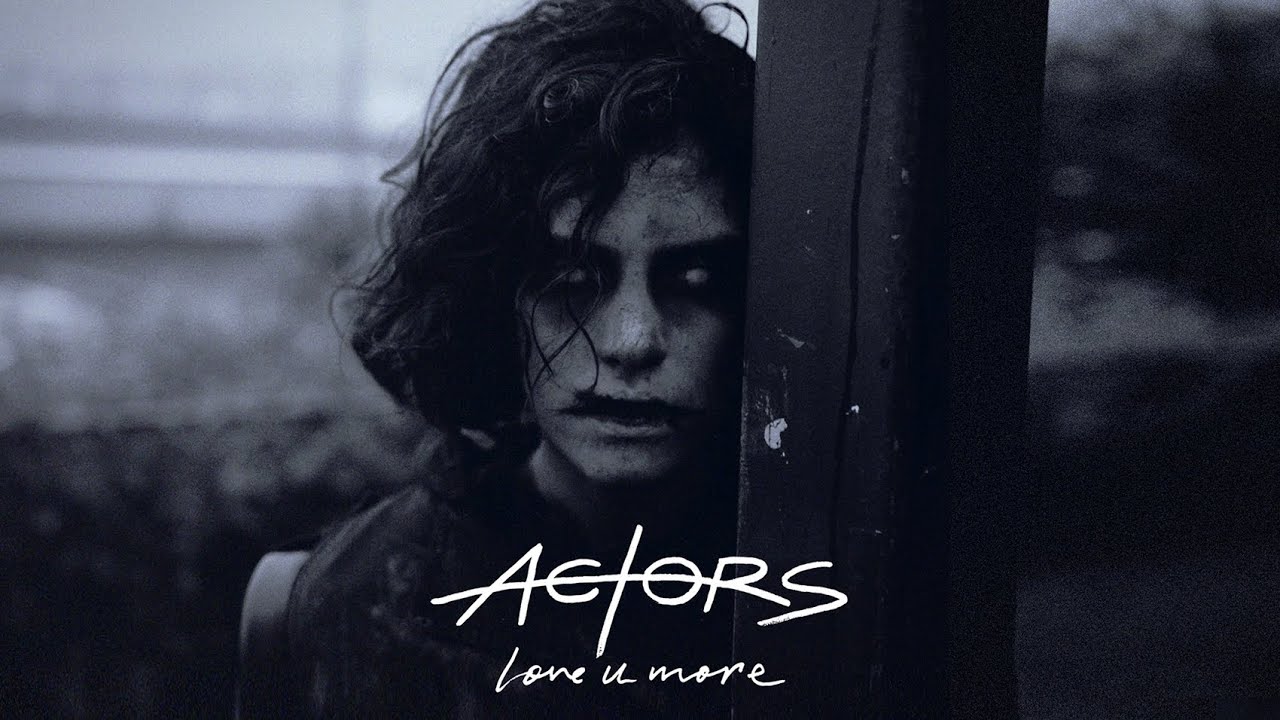 It has been a particularly sad week for Vancouver punk and hardcore, with it being recently announced that both Brand New Unit vocalist Gary Lavallee and original drummer Garnet Kulhavy have passed away.

Brand New Unit were titans of the Lower Mainland, a melodic hardcore quartet that owed much to the groundwork laid by bands like Dag Nasty, while still having carved a unique path for themselves amongst the local skate punk and moshcore groups they often shared bills with; they straddled the line perfectly between those worlds. In particular, Gary was a total powerhouse—a comfortably commanding stage presence with a fleshy rasp that was both tough-as-nails and tuneful.

Honestly, a good chunk of my earliest local shows had BNU on the bill. This week I've been thinking about seeing them at gob's Too Late...No Friends album release at the Langley Legion Hall (later, the bands would share a member in drummer Gabe Mantle); the first annual Punk Strikes Back festival in North Delta in 1995, which got busted up by the cops; and BNU playing an outdoor, makeshift stage in a field on the outskirts of Surrey, alongside SNFU.

BNU were likewise a band that got around on a global scale, having released music through Pacific Northwest hardcore imprint Excursion, Germany's HeartFirst, and the iconic BYO. "City" is the song I associate with them the most, a frankly beautiful punk anthem with an oddly U2-ish guitar solo from Jinx Stringer. Just a great, bittersweet jam.

You just read issue #45 of Gut Feeling. You can also browse the full archives of this newsletter.