Welcome to Filaments! I’m Silvia Hüttner, and this is a limited-run newsletter which tells the stories of how fungi have been, are and will be changing the world. You’re getting it because you signed up at buttondown.email/filaments and you can unsubscribe at any time with the link at the bottom of this email.

By now it shouldn’t be surprising that filamentous fungi produce a lot of useful things. Their use as materials or food (mycoprotein) may not be soo widespread yet -though fungi-based yoga mats will soon be available, and there’s a new player in the fungi steak field - but there are products made with fungi that are literally all around us, and have been for almost a century. Enzymes, as described in the last episode, are one kind of these products. Acids, are another one.

So today, a story about acids from moulds, lemon shortages, and how it all led to the emergence of today’s biggest pharma companies.

Citric acid is THE example of a bulk chemical that is produced by filamentous fungi. Citric acid is used in many more industries than you can imagine. It’s a common flavour additive in drinks and candy, it’s used as an acidic food preservative, it makes ice cream and cheese creamier, and it provides the fizz in products like bath bombs and effervescent tablets. It’s also used in bathroom and kitchen cleaning products, laundry detergents, cosmetics, and in anything from heroin to soldering. More than two million tonnes are produced each year, virtually all by fungal fermentation. 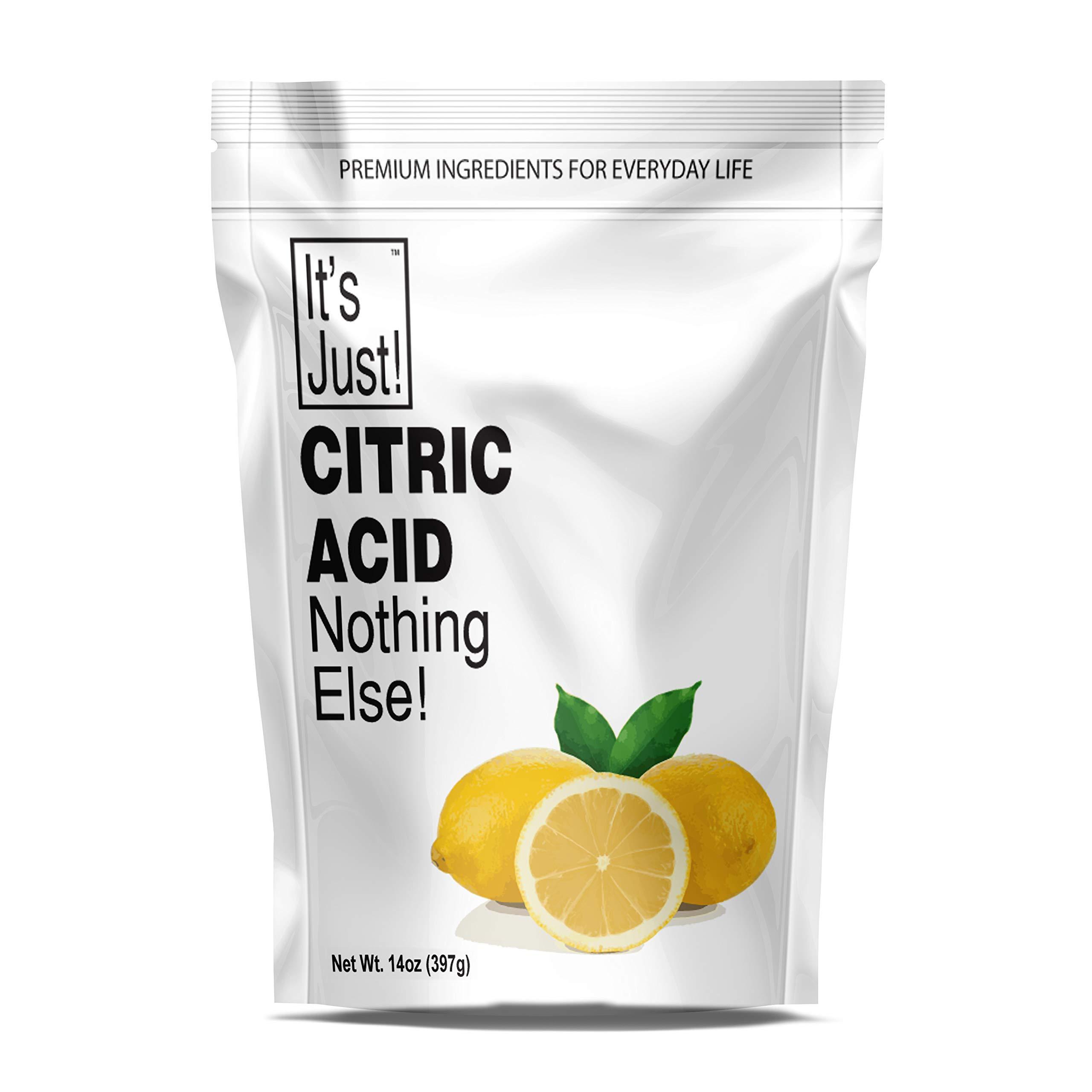 This hasn’t always been the case. For a long time, up until the beginning of the 20th century, citric acid was extracted from lemons and limes (hence the name), which contain up to 8% of the substance. Through a tedious process involving adding calcium hydroxide and sulfuric acid, about a kilogram of citric acid could be obtained from 500 lemons.

Firstly, German chemist and mycologist Carl Wehmer discovered in the 1890s that a specific mould (a filamentous fungus), could produce citric acid when growing on top of a sugar solution. Wehmer called the mould Citromyces (it was later reclassified as Penicillium) and filed a patent for the process in 1893.

Making citric acid without needing to grow, water and harvest lemons was ground-breaking and hopes were high that this process could work as a replacement. Together with a French textile chemicals company, Wehmer ran trials in large wooden fermentation pans that were stirred by hand. Knowledge about fungal fermentation was still in its early days though, and the fungi often died because they generated more heat during growth than they could tolerate. Nevertheless, the researchers managed to obtain several tens of kilos of citric acid.

However, high costs and a lot of problems with contamination by other microbes during cultivation - again, knowledge about microbiology was not so advanced then - limited the success of citric acid production by fungal fermentation. For another while, chemical extraction from lemons and limes seemed much easier and continued to be the method of choice for industrial production. 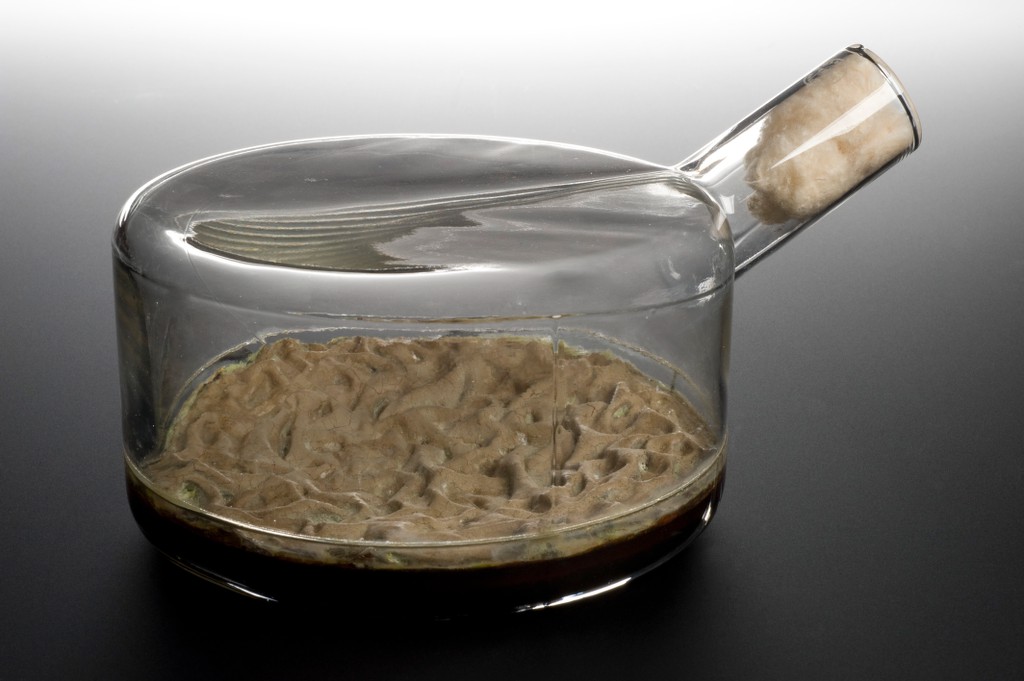 But more disruption was coming. World War I unsettled the Italian citrus fruit and citric acid exports, and in addition in 1918 the Spanish Flu brought a sudden craze for lemons as a flu cure. Prices skyrocketed and a discovery made a few years earlier by American food chemists Boleslas Zahorski (1913) and James Currie (1917) suddenly took centre stage.

Their inventions described citric acid production that was based on Wehmer’s fermentation method, but instead of Penicillium they used a different fungus - Aspergillus niger. They found that this fungus could grow in strongly acidic conditions, while contaminating microbes could not. A. niger also produced more citric acid than Penicillium.

Aspergillus niger, one of the most important filamentous fungus in industrial biotechnology. Pure culture (A) and microscopic close-up of a conidiophore. Growth is initially white, but the culture changes to black after a few days due to the production of black conidial spores. Source: Zhursinali A.B. and Kurmanbaev A.A. (2020). Biologically active substances of fungus Aspergillus niger.

A small US chemicals company called Pfizer hired James Currie to develop the citric acid fermentation process further and commercialised production in 1919. It was a huge success and transformed the citric acid industry completely in just a few years. The newly developed production was stable and much more efficient than extraction from fruits. Already by 1930, over 90% of citric acid worldwide was produced with fungi.

This method remains the preferred approach for citric acid production today (as well as a range of enzymes, as described in Episode 4). But that’s not where its impact ends. The expertise in fermentation technology that Pfizer gained through citric acid production was later applied to the mass production of other chemicals, including antibiotics during WWII, which paved the way for Pfizer to become one of the largest pharma companies in the world.

It took another 40 years and a lot of scientific research (yielding at least 2 nobel prizes) for the exact biochemical pathways of citric acid production inside (fungal) cells to be understood, and it was only then that production conditions could really be optimised in a targeted way. Improving microbial strains and increasing productivity is still a topic of research and of enormous commercial value today.

You might be curious as to how this is done. The classic approach is to introduce mutations into the fungal genome, often by UV or gamma radiation. Then the resulting mutants are screened to - by chance - find high producers. However, techniques have been developed in the last decades that involve genomic sequencing and inserting or deleting specific genes in a more intentional way (as is also done in fungal enzyme production. In this way, strains can be developed that not only produce more product, but can also grow and consume growth materials that were previously unsuitable, such as waste from agriculture.

Interestingly, a staggering one million tonnes of fungal biomass are produced each year as a side product from citric acid production alone (as well as over 10 million tonnes of fungal and bacterial biomass from other acid fermentations), making it an undervalued, high-protein resource that could be used in food supplements and food production. Currently, this material is used to feed animals or is spread on fields, but there’s no reason why it couldn’t be more efficiently used as a direct protein source for humans.

Oh, and if you’re wondering what happened to the less-optimal citric acid production process discovered by Carl Wehmer in the 1890s, then you might be interested to know that it had far greater impact in another industry. While not ideal for Wehmer’s Penicillium mould, lactic acid bacteria thrived under the conditions provided. The lactic acid that these microbes produce is another widely used ingredient in food and pharmaceutical products.

Wehmer started work as a consultant for industrial chemical producer Albert Boehringer, and developed his lactic acid production by bacterial fermentation on an industrial scale. The company that Boehringer founded, Boehringer Ingelheim, is today, like Pfizer, one of the largest pharmaceutical companies in the world.

In the next episode, we’ll round up “Fungal products everywhere” with a look at all the medical uses that fungi (can) have. Enjoy the summer! ☀️ If you want to get your vitamin D without exposing yourself too much to the sun, just put some mushrooms out in direct sunlight before you eat them. Similar to animals, they can generate vitamin D in their “skin” (cell wall) when exposed to UV light. Enjoy!

Thank you for subscribing to this limited run newsletter about the fascinating things fungi can do and how we can use them. My name is Silvia Hüttner, I’m a biotechnology PhD, fungi enthusiast and a researcher specialised in fermentation and enzyme technology. I’d love to hear from you if you have any questions, comments or suggestions, or just want to say hi. Just hit reply. 🍄

You just read issue #6 of ʄilaments. You can also browse the full archives of this newsletter.